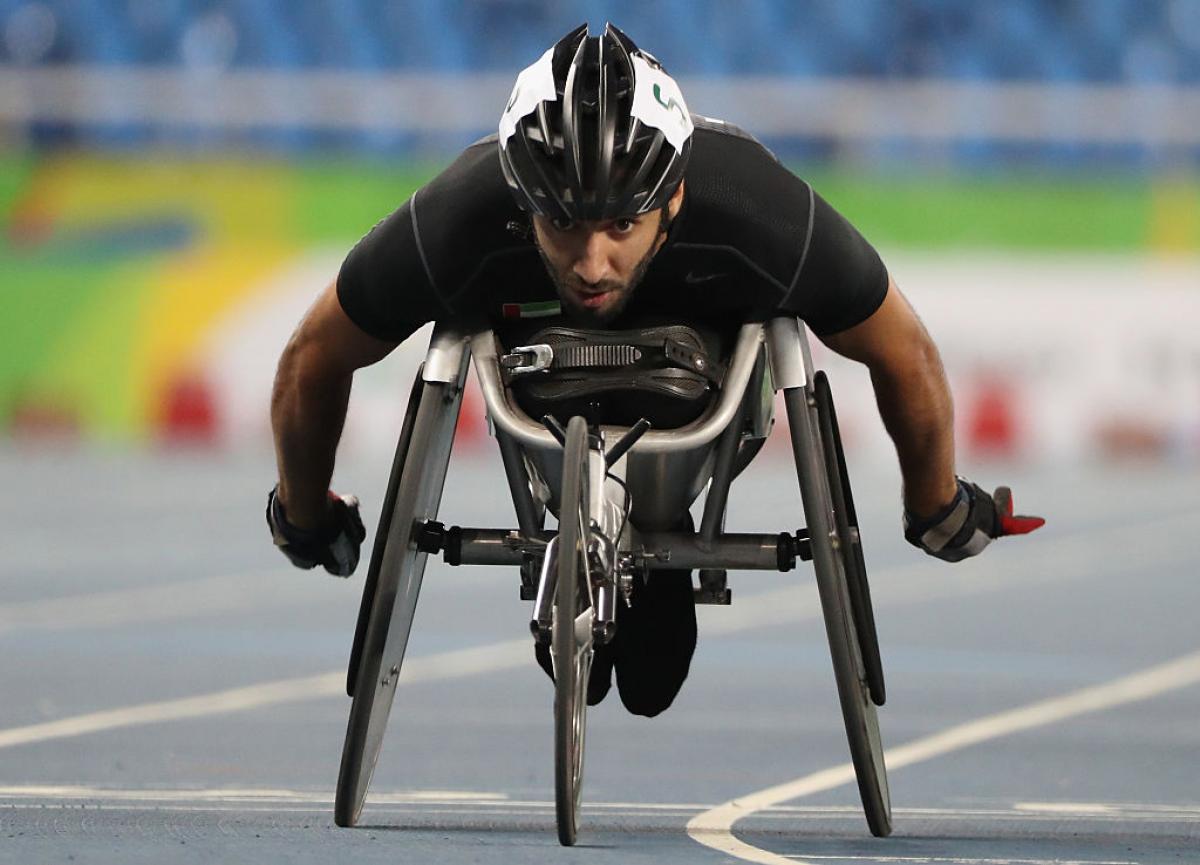 RISING TO THE CHALLENGE: File picture of Mohammed Al Hammadi who clinched gold for UAE on the final day of the Dubai 2019 Para Athletics World Championships.
ⒸGetty Images
By Rafael Maranhao | IPC

DUBAI: Mohamed Al Hammadi had already won a silver and a bronze at Dubai 2019 World Athletics Championship but the gold was still missing for him and hosts UAE.

It was the final day of the competition on Friday and a lot was riding on him going into his pet event the 800 T34.

However, the 34-year-old rose the challenge in front of home fans to clinch gold with a new championship record of 1.44:36seconds at the Dubai Club for People of Determination.

Settling for the second spot, just 0.43 seconds behind was Walid Ktila of Tunisia while China’s Yang Wang (1.46:04seconds) took bronze.

“I hope this gold medal bring happiness to all the people of UAE. It was the first gold medal for my country. If UAE is happy, then I will be happy too,” added Al Hammadi .

Friday also was a day of firsts in a new race. Dubai 2019 was the first World Championships to count with Race Running events.

“I can’t believe it, I want to dedicate this gold medal to my coach. Being here in Dubai has been amazing. I love to be part of Great Britain team again. When I came to Berlin [Europeans] everything was bigger than the things that I was used to. But here in Dubai it was another level,” said Drysdale, using a tablet to communicate.

Can they do the same at their home #Paralympics next year?! @Tokyo2020 #Dubai2019 #ParaAthletics pic.twitter.com/Gx0JsS1T85

China finish on a high

China topped the medals standing for a third World Championships in a row with 25 gold medals in total (15 on the track and 10 on the field) – including two on the final day.

After all that gold rush, the Brazilians missed out on a gold on the final day but the South American still finished with their best ever campaign in a World Championships. Their 14 golds, nine silvers and 16 bronze allowed them to settle for the second place in the medals tally.

All results and records from the World Para Athletics Championships can be found on the Dubai 2019 page.

The next World Para Athletics Championships will take place in Kobe, Japan, in 2021.