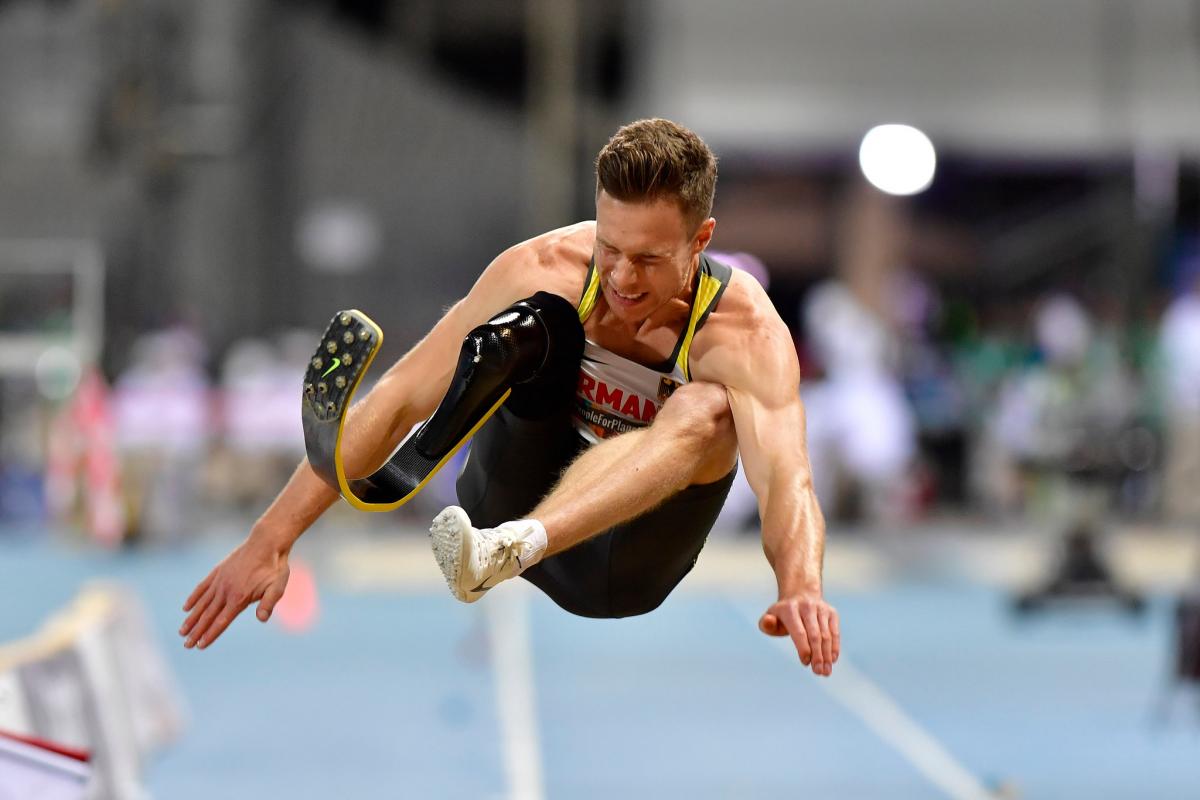 DUBAI: Two-time Paralympic champion long jumper Markus Rehm came to Dubai with one mission, a gold medal in the men’s long jump T64 and he needed only the first of his six jumps to accomplish it.

The German’s victory on Wednesday’s evening session was his seventh in World Championships and the fifth in the event. Since Christchurch 2011 no one else has won the long jump in his class.

“Defending my title was definitely my goal tonight. I’m really happy about it, even if the conditions today were not so easy. Next time, in Tokyo, I hope to manage another win,” said the German, who won with a leap of 8.17m.

Though Rehm has ruled the roost for several years now, he feels the competition is becoming tougher.

“The pressure is there all the time. The guys are hungry [for triumph] and I can see some other nations coming closer. I’m especially happy for Dimitri [Pavade], it was super cool when he jumped that distance,” commended Rehm.

“I really hope that people realise what amazing athletes we have here in the World Championships and that many people will join us next year in Tokyo 2020,” said Rehm, whose effort allowed Germany to swell their gold tally to six.

Ireland’s Jason Smyth, with a time of 10.54seonds in the 100m T13, bettered his championships record from Lyon 2013 to win his eighth World title.

“When I look back to the year and I think about keeping the titles and retaining marks, I just feel satisfaction and also a little bit of relief. Now it’s been more than 20 titles [in major international competitions].

“The pressure is an advantage for me. It’s really good to use it because you take parts of the negative first, than the positive,” Smyth said.

All medallists, records and results from the World Para Athletics Championships can be found on the Dubai 2019 microsite https://www.paralympic.org/dubai-2019/.