Perfect 10 for Durand at Worlds

“I’m really happy because this is my 10th gold medal in the World Championships and I’m enjoying it as always, but now I have to run again" 11 Nov 2019
Imagen 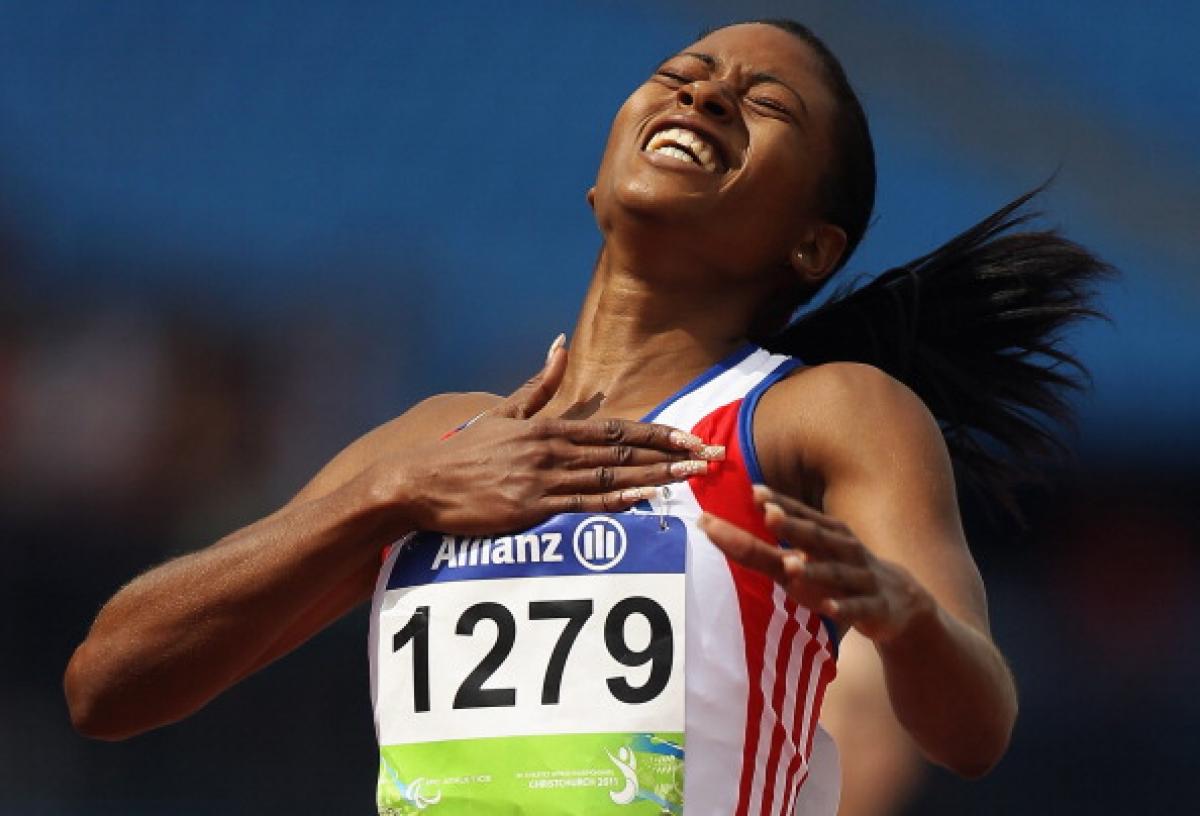 Cuba’s sprint queen Omara Durand enjoyed the podium as much as the track. Day five of the Dubai 2019 World Para Athletics Championship saw Durand win the 10th world title in as many years as she stormed to the tape in the 100m T12 clocking 11.66 seconds.

“I’m really happy because this is my 10th gold medal in the World Championships and I’m enjoying it as always, but now I have to run again,” said an ecstatic Durand, who two hours later was back on the track to finish her women’s 200m T12 heat with top position.

Durand has no hesitation in revealing the success mantra and vouches that she has kept it quite simple. “It has been ten years without losing and this is something amazing. The key is to train hard and give the best every day,” said Durand, whose last loss was at the Beijing 2008 Paralympic Games.

“This gold medal is for all the people that loves me, it’s for Cuba, for my coach, my daughter, my husband, for all my family. I want all the people who loves me to enjoy this medal,” added Durand, who was followed by Spain’s Adiaratou Iglesias (11.99)  and Brazil’s Viviane Ferreira (12.00) for silver and bronze respectively.

Johannes floors the field for gold

Germany’s Johannes Floors had already showed his credentials with a world record (10.54) in his heats in the men’s 100m T64 on Sunday.

Floors was in a league of his own and completely dominated the final to clinch gold with a time of 10.60seconds. South Africa’s Mpumelelo Mhlongo (11.00) and Floors countrymate Felix Streng (11.00) settled for the second and third spot respectively following a photo finish.

“It is not the end [to show his best], but at the moment I’m really glad and happy. I don’t want to say that I will be running under 10.40 because that just comes with training,” said a pleased looking Floors.

“Sadly, there were a few athletes missing, but hopefully we will be all in Japan [for the Tokyo 2020 Games],” he added.

It was the fifth day of competition and France was still waiting to take a first medal. And finally Adolphe Timothee provided then with them with the breakthrough. Timothee clinched gold with a time of 50.91seconds in the men’s 400m T11 leaving Brazilian duo Daniel Mendes (50.96) and Felipe de Souza (51.54) with silver and bronze, respectively.

The day’s last event reserved a nail-biting ending in the women’s long jump T64. Netherland’s Marlene van Gansewinkel led the event since the first of the six jumps with 5.24 until she was overshadowed by Japan’s Maya Nakanishi last attempt (5.37).
The effort from Nakanishi saw her leapfrog from third to the first place. Van Gansewinkel still had one attempt left and improved her mark  to 5.28 but only to see her clinch sliver.

It was the first world title of the 34-year-old Japanese athlete and understandably she was over the moon.

“It was a really hard competition for me. I had an injury last April, but my last jump was awesome. I trust on my coach, he is always there saying that I did it well. My average it’s 5.20 meters, but he is always saying that I can jump longer,

“Maybe when I come back home after this World Championships people will be excited for me. Tokyo 2020 it’s going to be a good time to talk about Para sports in Japan,” said a thrilled Nakanishi.

Uzbekistan’s Khusniddin Norbekov (17.32) smashed the men’s shot put F35 record much to the delight of his teammates who were rooting for him from the stands.