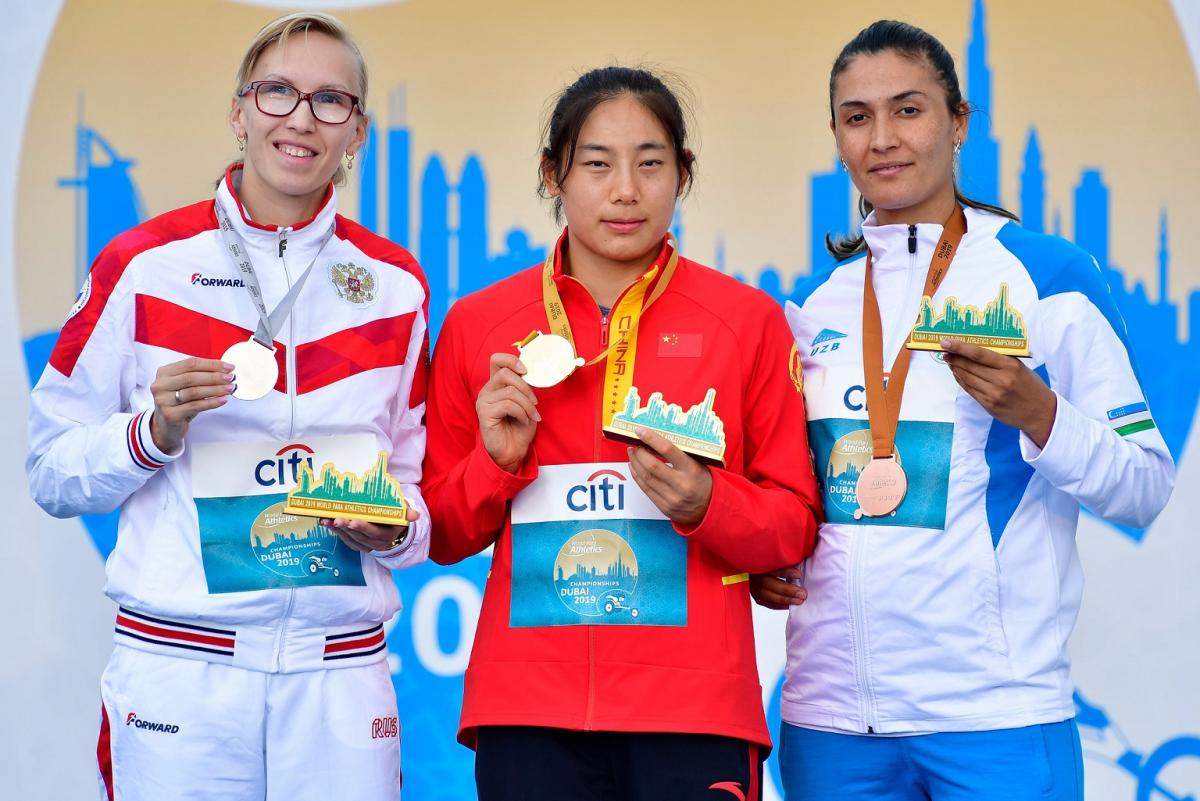 No country has taken more gold medals so far at the Dubai 2019 World Para Athletics Championships than China. Two victories on Monday’s morning session at the Dubai Club for People of Determination have taken their tally to 11 golds.

There was more to celebrate as Yuping Zhao’s win came with a new world record in the women’s javelin throw F13 (46.00).

“I’m really excited about my record. After months of training really hard, I got a really good result. This world record is because of the hard work that I put in,” said a delighted Zhao.

Zhao’s assistant guide Xiuquing Li revealed the secret behind the team’s success: “Every individual success is backed by our country with the support from the government and all the teams behind us. That is the main reason to get all the good results.

“It is also about our athlete’s hard work, training everyday and giving the best in all the competitions.”

“Any gold medal for China makes us proud and it’s an honour for me to win the 10th gold. But even more special is to have the chance to be here and fight for our country," asserted Zhao.

“I’m very excited about the future. The main goal is Tokyo 2020 but, before that, I have to continue working hard. I’ll train really hard to get an even better result than here.”

Zhao’s gold medal wasn’t the only one for China during the morning session as Hao Wang (7.29m) took the second in the men’s long jump T47. USA made two-three in the podium courtesy of Roderick Townsend-Roberts (7.27) and Tobi Fawehinmi (7.17).

Ukraine won two more golds on Monday morning and now is second in the medals table ahead of Brazil.

USA’s Deja Young set the third Worlds record on Monday in the third heat of the women’s 100m T47 with a time of 11.92s. The final will take place on Tuesday evening.

All medallists, records and results from the World Para Athletics Championships can be found on the Dubai 2019 microsite: https://www.paralympic.org/dubai-2019/