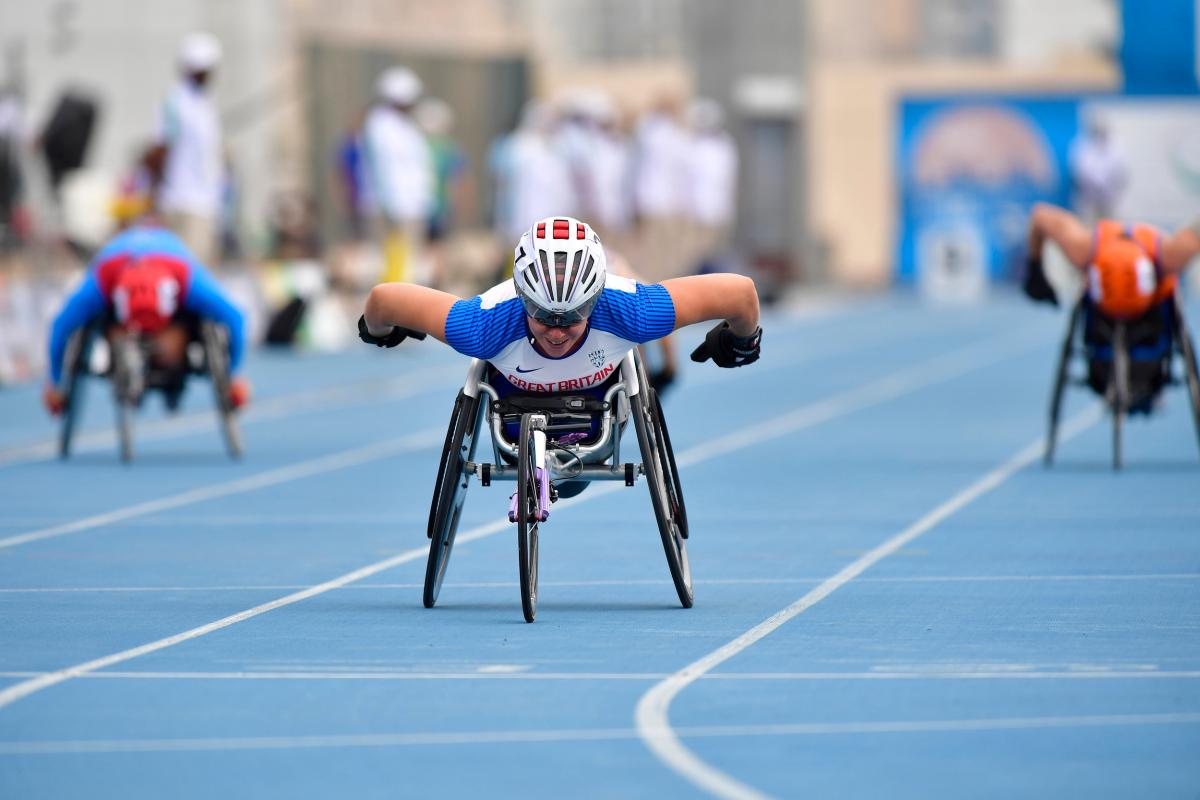 Great Britain’s five-time Paralympic champion Hannah Cockroft has experienced a lot during her career but still could not anticipate what Sunday’s morning session reserved for her at the Dubai 2019 World Para Athletics Championships.

The British wheelchair racer was even more surprised with her time.

“I haven’t dipped below 17 seconds ever in my career, not even in training, so I have no idea where that came from. But I’m so pleased it did on race day.”

The gold has given confidence to Hannah about the future, as she now is hoping for more surprises next year at the Tokyo 2020 Paralympic Games.

“Now I’m a little bit confident for Tokyo but I don’t want to be too confident. This year in Nottwill [World Para Athletics GP] I also won gold and silver but that is just making me work harder.”

“I really wanted to come and win the gold. I would have been happy with silver because I know Kare has been working hard. She is strong and was the world record holder,” Cockroft said about Great Britain’s one-two finish.

Barbara Niewiedzial’s first appearance in a Worlds was in Birmingham 1998. More than 20 years later and she still is the one to beat in the women’s 1500m T20.

“I am used to being the world champion of the 1500m and I can’t imagine not being in the top of my discipline,” Niewiedzial said with a big smile in her face.

“I am still working hard and doing my best to stay in the top and it is working.”

USA’s Lex Gillette won his fourth world title in a row in the men’s long jump T11 (6.45) with China taking silver and bronze through Xingyu Chen (6.43) and Dongdong Di (6.33), respectively.

“Tokyo is always in mind, but now I will go home, take a few days off and enjoy this.” said Gillete.

All results and medallists from the Dubai 2019 World Championships can be found on: https://www.paralympic.org/dubai-2019/schedule/.

Competition in Dubai resumes in the evening to crown 14 world champions. All action can be followed live on World Para Athletics website, Facebook and Twitter pages.