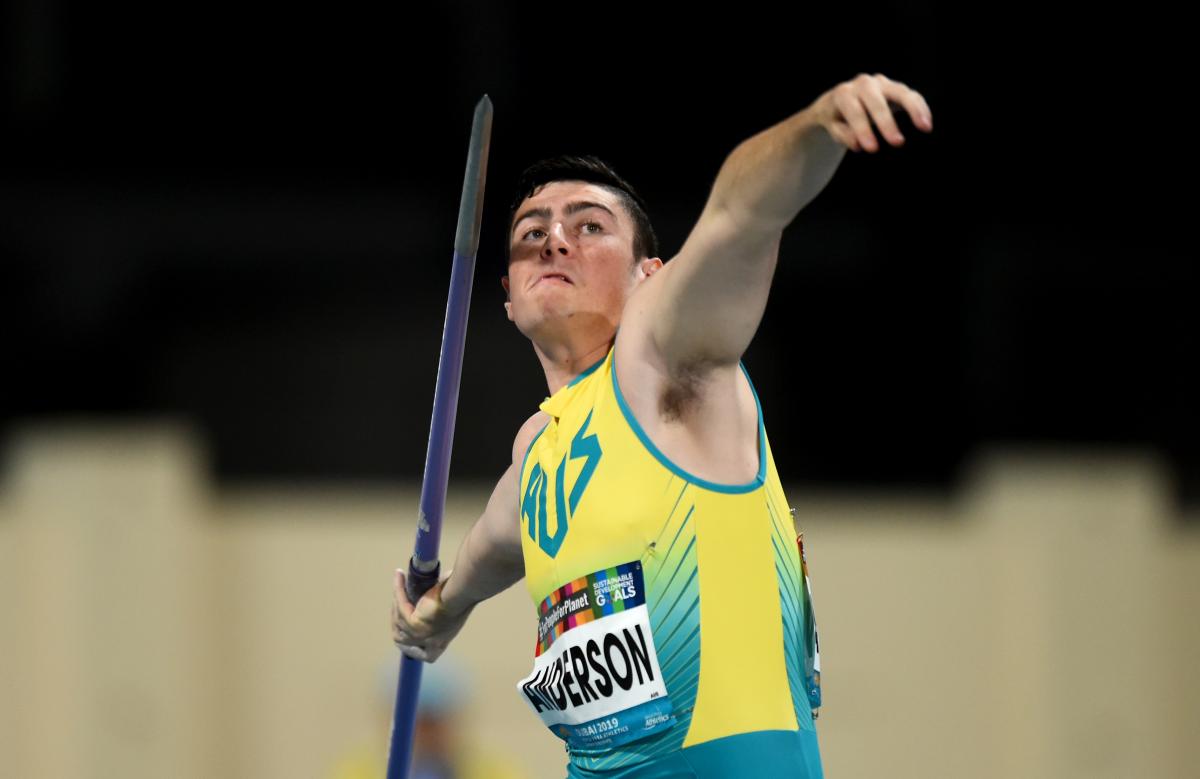 Dubai 2019 had already seen a world record set on Saturday morning – New Zealand’s Lisa Adams in the women’s shot put F37. But the evening session added another six to a spectacular day three at the World Para Athletics Championships.

It started in alphabetical order with Australia and right in the first event of the evening session. Nineteen-year-old Corey Anderson established a new record in his first throw in the men’s javelin F38 final (56.28).

And he did it with a twisted ankle.

“I rolled my ankle in the warm up, but still managed to throw a world record. I just kept mentally focused on what my job is, the hard work I have done, and this is my reward,” Anderson said.

The third record of the evening was Ukrainian. Ihor Tsvietov won the men’s 200m T35 (23.04) with silver and bronze for Russia, through former record holder Dmitrii Safronov (23.93) and Artem Kalashian (24.24), respectively.

Algeria had already celebrated the first gold medal at Dubai 2019 in the morning. Nassima Saifi doubled that in the women’s discus throw F57 with a new world record (35.76). China got silver with Mian Xu (31.49) and another Algerian medal with Safia Djelal’s bronze (31.05).

Chinese wheelchair racer Yiting Shi had already establish a new world record in the women’s 200m T36 in the heats in the morning (28.54). She came back in the evening to clinch gold and beat her own mark (28.21).

Another multi-Paralympic and world champion to celebrate on Saturday was Cuba’s Omara Durand. The T12 sprinter won the women’s 400m in 52.85 to take her ninth world title.

Just six days after he won the New York City Marathon, USA’s wheelchair racing star Daniel Romanchuk made his debut in Dubai and bagged a gold in the men’s 800m T54 (1:32.81).

Complete results and records from Dubai 2019 can be found on the Dubai 2019 microsite.