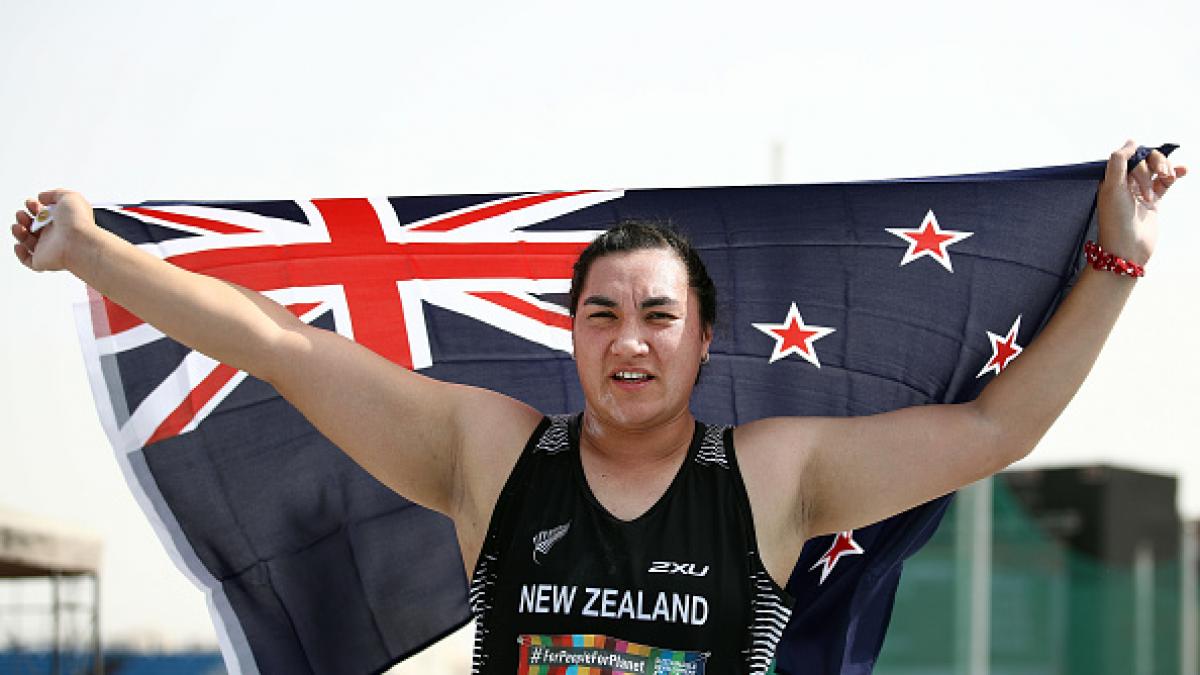 DUBAI: Lisa Adams’ family is used to celebrating World titles, thanks to her sister Valerie.

And on Saturday in Dubai, the family rejoiced again but this time for Lisa’s gold in the women’s shot put F37.

Her victory at the 2019 World Para Athletics Championships came with a new world record of 14.70m – 18cm more than her previous best set in March in Auckland.

“I have been training maybe for year and a half and this is my international debut. I feel relieved and also really happy. There is more confidence after this event,” said an elated New Zealander.

Two-time Olympic Champion Valerie’s role in Lisa life is more than just being a sister. She is also a mentor to Lisa and F20 shot putter Jack Lewer.

“My sister knows a lot about shot put, we are really good at keeping things professional in the gym. It is a professional relationship of athlete-coach and then she’s my sister,” asserts Lisa.

Lisa is not new to fame either. She had already made headlines by becoming the first female athlete to participate in a men’s team at the Rugby League Commonwealth Championships.

The switch from Rugby to athletics, however, has enhanced her reputation and responsibilities.

“It’s quite different. In individual sports, you have to be more disciplined and you have to take everything by yourself. Physically it has been hard as well, but really rewarding,” says Lisa, who had her family rooting for her from the stands.

China’s Na Mi took silver with 12.95m while Irina Vertinskaya of Russia with 11.78m claimed the bronze in the same category.

Germany opened its account at the World Championship as Irmgard Bensusan notched a gold with a Championship record, following a tight finish in the women’s 200m T64.

“Oh my God! I thought I was second, that is so good! I won,” said the German, who pipped Dutch sprinter Kimberly Alkemade with a time of 26.93 – five seconds ahead of the latter. USA’s Femita Ayanbeku with a time of 28.21 settled for bronze.

“It is definitely a good mark, I have been training really hard and gave everything. It is a good result to have, but I think that I don’t have to be focused on that [the time] now. It has been a really good season, [but] I didn’t expect it,” Bensusan added.

All results from the Dubai 2019 World Championships can be found on: https://www.paralympic.org/dubai-2019/schedule/