'I'm absolutely happy, it’s a medal that I was really strongly looking for' 12 Nov 2019
Imagen 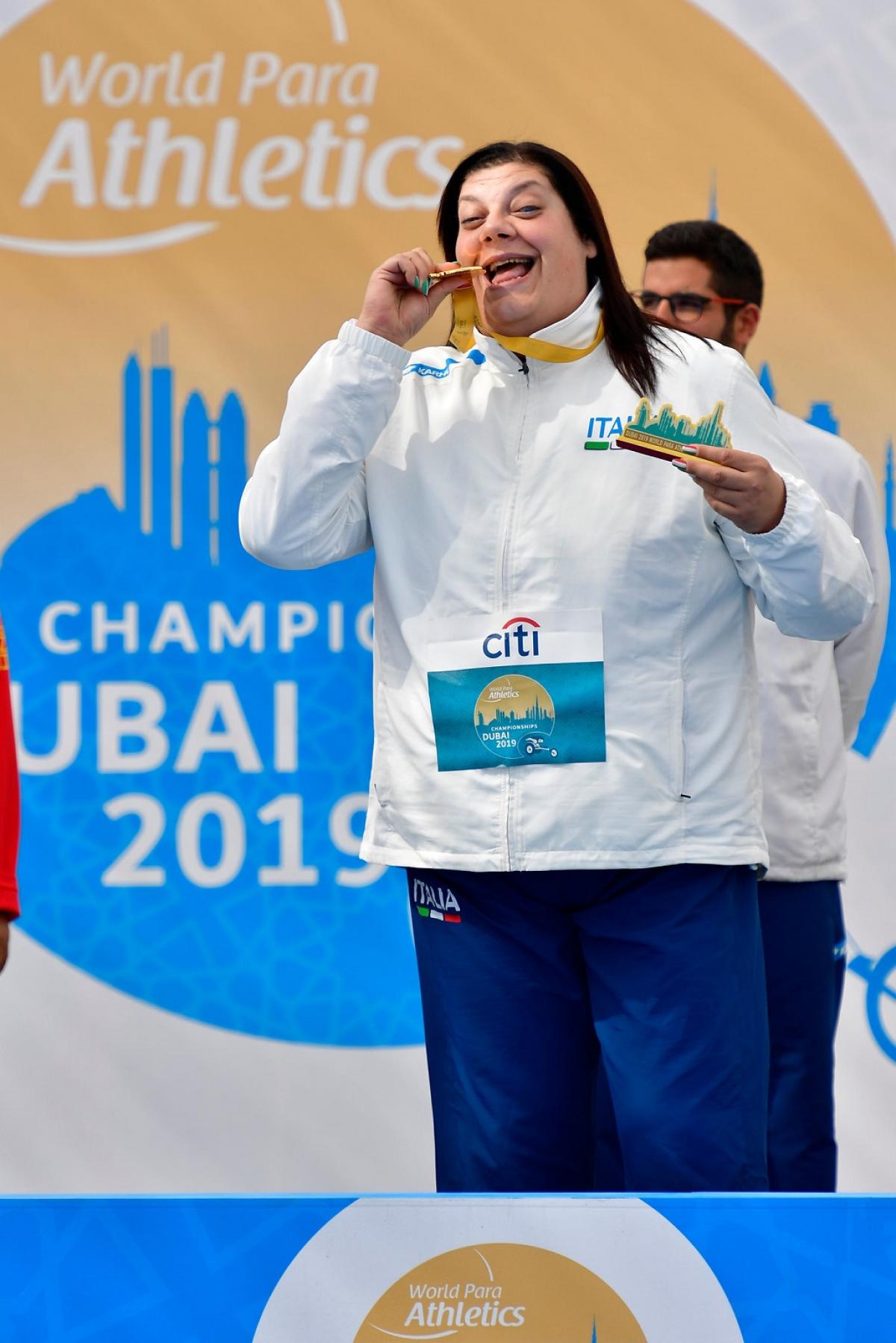 Legnante had already won the women’s shot put F12 on Friday and she carried on from where she had left. This time, the challenge was the women’s discuss throw F11 facing China’s World record holder Liangmin Zhang.

With this triumph, Legnante has swelled her Worlds titles tally to five and this was Italy's second gold in Dubai 2019.

“I'm absolutely happy, it’s a medal that I was really strongly looking for. I hope that next year in Tokyo I will break the World Record,” said Legnante, who immediately heralded that she has set sights on her third Paralympic medal at Tokyo 2020.

“There are a few new young athletes and our results are similar, so that is making the event (Tokyo 2020) more competitive,” the Italian added.

Though China had to settle for silver in the women’s discus throw F11, they could still extend their lead in the medals table with two victories on Tuesday morning.

The silver was bagged by Saida Amoudi (8.09) of Morocco and Vanessa Wallace (7.66) of Great Britain took bronze.

Brazil’s Petrucio Ferreira (10.42) also clocked the fastest time in 100m at a World Championships  in the morning heat.

Germany's Birgit Kober (11.19) established a new championship record with her victory in the women’s shot put F36. The silver went to Russia’s Galina Lipatnikova (10.36) and bronze to China’s Qing Wu (9.32).

Complete results, medallists and records from Dubai 2019 can be found on the Dubai 2019 microsite: https://www.paralympic.org/dubai-2019/