Bolt-inspired Oberoi now looks to himself

'I can’t believe it! I was thinking of claiming a medal maybe in Tokyo, not here' 13 Nov 2019
Imagen 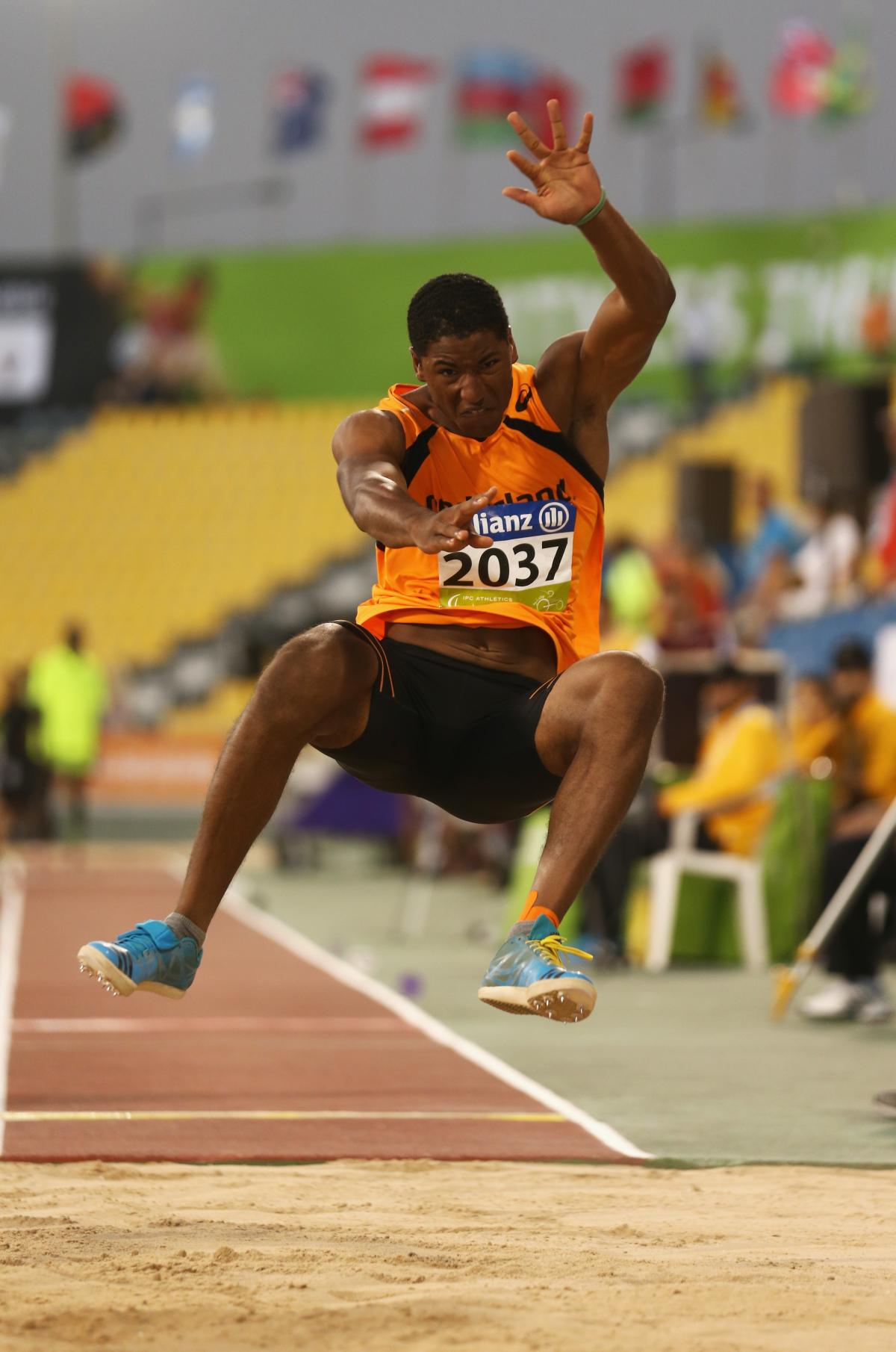 DUBAI: World Champion Ranki Oberoi feels he doesn’t need an idol any more to excel. He is quite inspired by his own exploits.

“[Usain] Bolt inspired me so much that I decided to start in athletics. But now, if someone asks who my idol is, I will say myself,” said the Dutch, after taking the gold in the men’s long jump T20 (7.39m).

It was a gold that Malaysia’s Latif Romly had owned since Doha 2015, until Oberoi’s second jump on Wednesday morning in Dubai.

“It’s the first time that I’m a World Champion and it feels amazing. The first jump was illegal but I thought ‘Ok, I still have the power’ so the second jump was like wow! I was also shocked,” Oberoi revealed.

“I thought that it was just a European record. I still can’t believe it, I think that maybe tomorrow when I’ll wake up I’ll say ‘Oh yes, I did it’,” exclaimed the 26-year-old.

Oberoi took on Para athletics 10 years ago inspired by Jamaica’s Olympic legend Bolt. His initial plan was to fight for a medal at next year’s Paralympic Games in Tokyo. But the success has come earlier than expected reveals Oberoi.

“I can’t believe it! I was thinking of claiming a medal maybe in Tokyo, not here. I didn’t know anything about athletics before 2009, then I saw Bolt and I said ‘I want to do the same, I want to be like him’.

“He inspired me so much that I decided to start in athletics. In 2014, I switched to the long jump because in the T20s there is no 100m and now I’m a really good long jumper,” he added.

With four sessions still to go, Dubai 2019 has already equalled the number of world records from London 2017 (34 to be precise) following another two on Wednesday.

Silver went to Yassine Guenichi (14.74m) of Tunisia and bronze to another Russian, Alan Kokoity (14.73m).

“I got the eye mask as a present from the Italian [Oney Tapia], it is great to receive this recognition. I came here to get my second world title and also got a world record. There is no better gift than this and now, I will prepare hard for my second Paralympic title,” da Silva said.

Maria de los Angeles Ortiz (10.61) from Mexico put her country on the top of the podium for the first time in Dubai with a victory in the women’s shot put F57.

“We won the gold for Mexico, the country deserves it. I am here representing more than 100 million people and there is a huge responsibility for me. This gold medal is for all the Mexican warrior women,” she said.

All results, medals and records from the Dubai 2019 World Championships can be found on: https://www.paralympic.org/dubai-2019/schedule/.