It was a great evening for the US athletes as the country took four out of the 12 gold medals up for grabs.

T54 wheelchair racer Erick Hightower was the last member of the relay and overtook China’s Yang Liu, 20 metres from finish to win with a time of 46.94 seconds.

“I saw the Chinese athlete and I thought ‘this is my last race in the season’ and I decided to leave everything on the track to get the gold,” said a beaming Hightower.

Deja Young had a hectic schedule at the Worlds with a gold and a silver in individual T47 races but still had the legs to give it all in the relay.

“This is part of the motivation for Tokyo, it’s like a preview and motivated all of us to show what we have,” Young said.

The new event sees athletes from various classes competing side-by-side. This will also be part of the programme for the Tokyo 2020 Paralympic Games.

“For me, it’s much sweeter to celebrate as a team on the track,” said a pleased looking Malone.

U-20 athletes have dominated a series of events at Dubai 2019 and it was no different on Thursday.

“I didn’t know that I would be first. I was a little bit nervous, I just tried to concentrate on myself and on what I wanted to do. I like when the competition is hard and I’m really grateful for the win,” the 17-year-old said.

Team GB also had a lot to celebrate with a young talent when Maria Lyle (30.33) clinched her second world title in Dubai. This time, in the women’s 200m T35.

Three Russian victories saw the country climb to fourth in the medals table.

Full results, records and all medallists from the Dubai 2019 World Para Athletics Championships can be found on: https://www.paralympic.org/dubai-2019/schedule/ 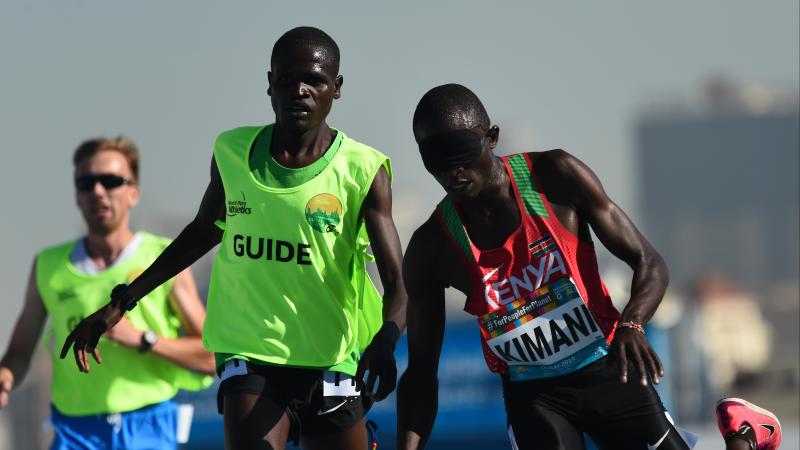