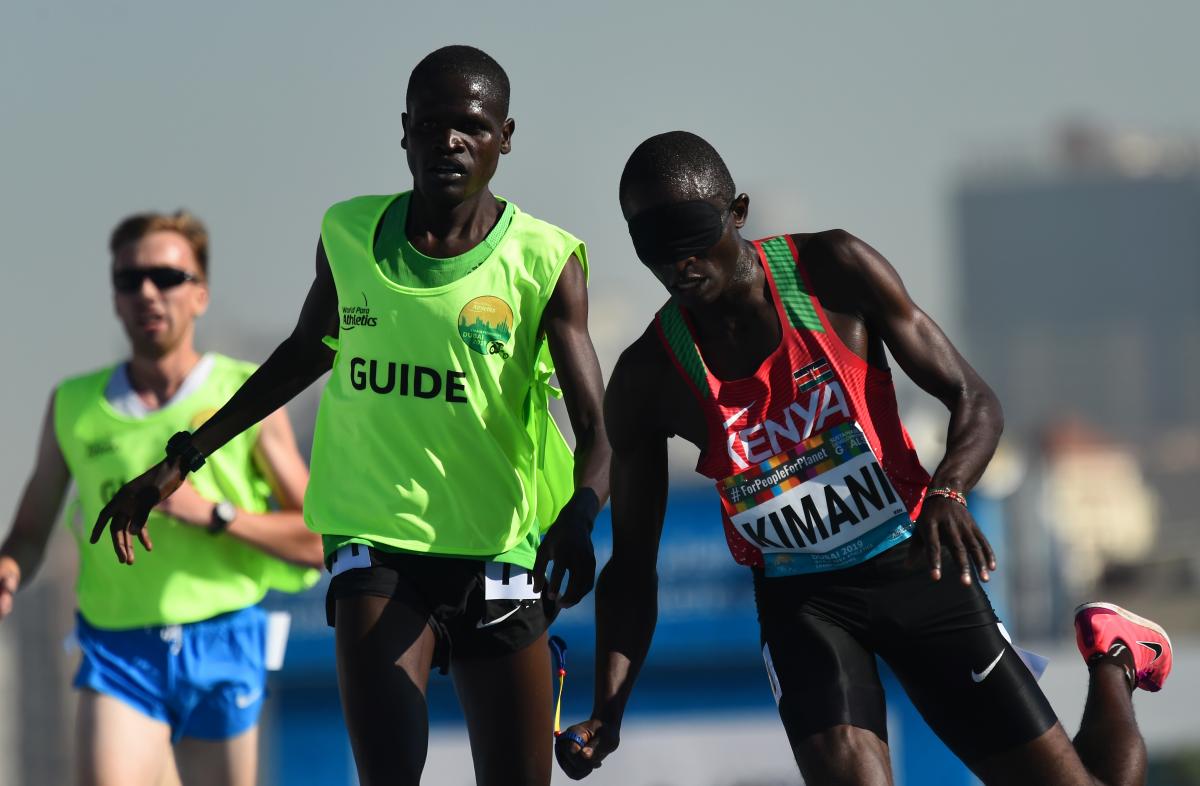 DUBAI: Three-time Paralympic medallist, Samwel Kimani defended his World title to give Kenya their first gold medal on the penultimate day of the Dubai 2019 World Athletics Championship at Dubai Club for People of Determination, on Thursday morning.

“Dubai was a good preparation towards Tokyo. Now I’ll continue training to repeat the two gold medals that I got in Rio,” said a delighted Kimani, who completed the race with a time of 15:54.32 seconds.

The silver went to Russia’s Fedor Rudakov with a time of 15.46.74 seconds while Japan’s Kenya Karasawa showed he had the leg to clinch the bronze clocking 15:48.21 seconds.

Kimani had clinched a silver in the men’s 1500m T11 six days ago, and going one step further in his pet event was indeed special.

“I’m so happy to win the 5000m, I missed in the 1500m, but today was different because I defended my world title,” added Kimani, who was confident that his best would come at the Paralympic Games in Tokyo.

“Dubai was a good preparation towards Tokyo. Now I’ll continue training to retain the two gold medals that I got in Rio,” asserted Kimani.

With only two sessions left until the end of the 2019 World Para Athletics Championships, three countries are still in contention for the second place in the medal standings – behind leaders China.

“The team is working hard to get the results and stay in second place. We are waiting for more events in the last sessions, where we can get more medals and just hope that it will be enough,” a confident Nobre said.

Brazil are current second in the medals tally with 14 gold, four more than Ukraine.