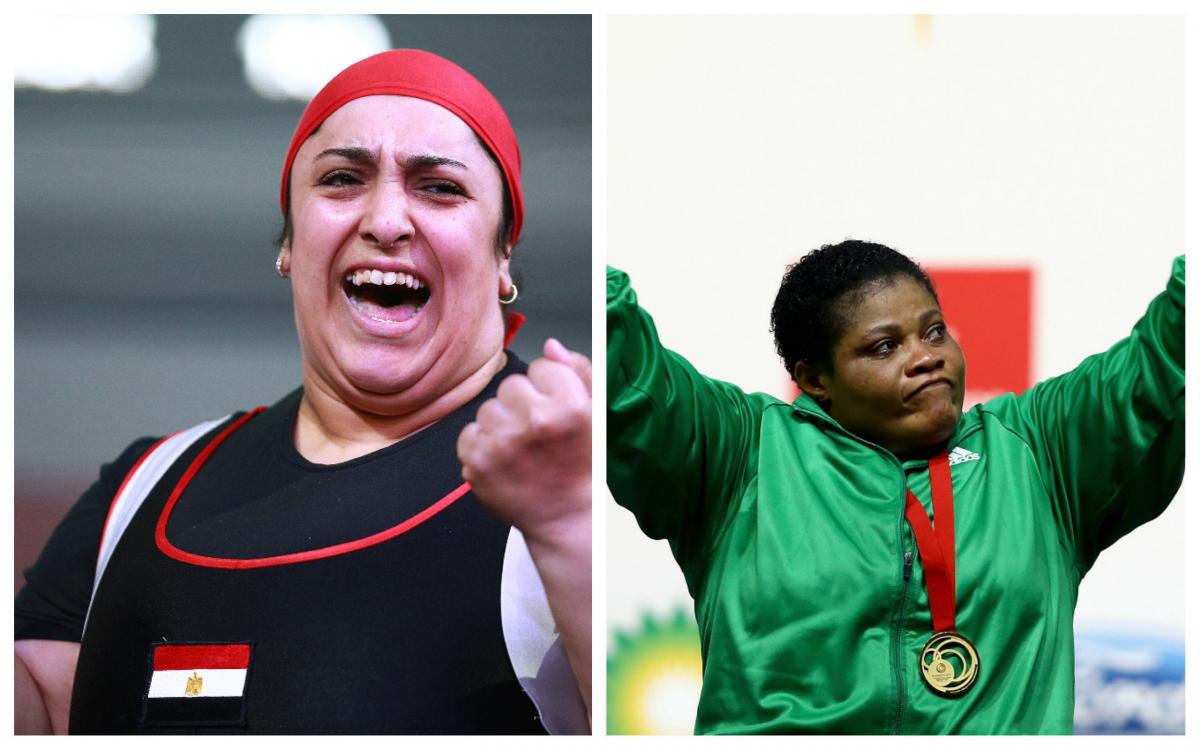 Paralympic champions Randa Mahmoud and Loveline Obiji will face each other in arguably the most competitive head-to-head at the World Para Powerlifting African Championships in Algiers, Algeria, from 10-12 August.

They last met at the Mexico City 2017 World Championships, with the Egyptian coming in first thanks to a 138kg lift in her last attempt. After two unsuccessful lifts, Obiji managed to clear the bar at 136kg but had to settle for silver.

It was the second time that Rio 2016 gold medallist Mahmoud beat the Nigerian at a major international competition. The first was at the 2014 World Championships in Dubai, United Arab Emirates.

Obiji did defeat Mahmoud the only time they competed against each other at a Paralympic Games. Back in 2012, Obiji lifted 145kg to take London 2012 gold ahead of Mahmoud (140kg), who claimed silver.

Mahmoud: Is the reigning world champion in the women’s over 86kg

Obiji: Was named Sportswoman of the Year at the 2015 Nigerian Sports Awards