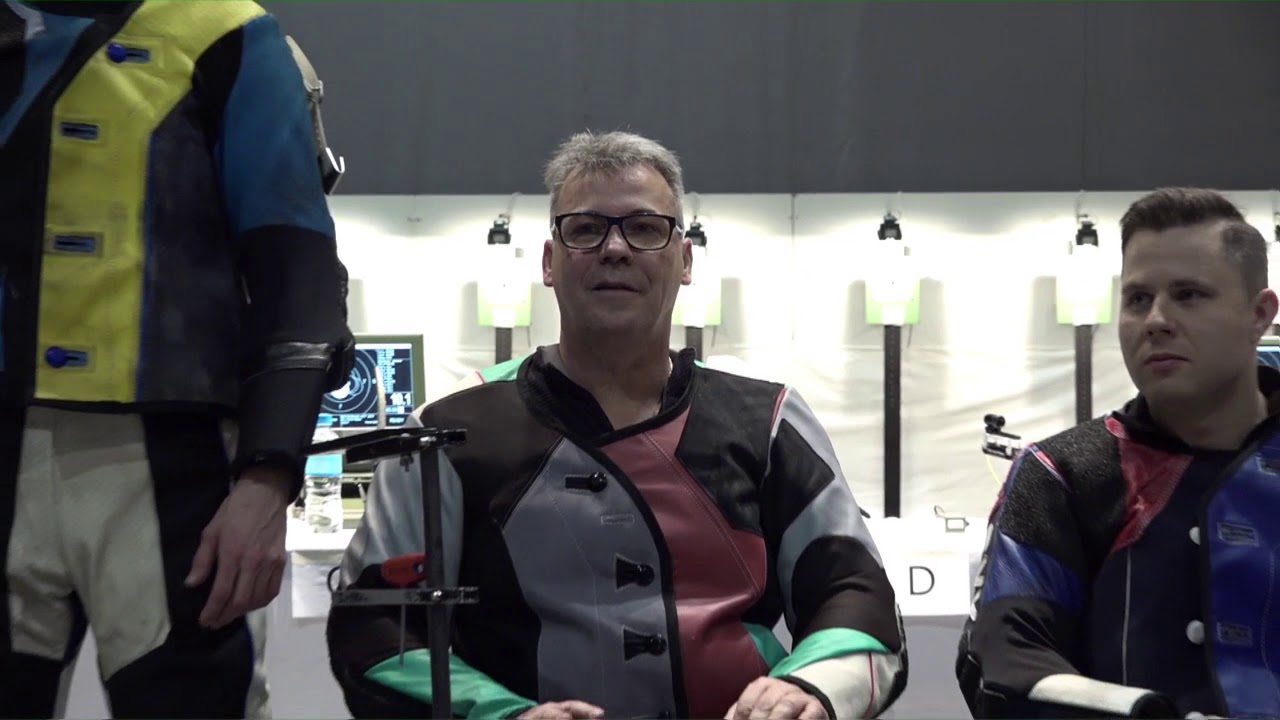 Richard Didier led a day of surprises as the Belgrade 2018 World Shooting Para Sport European 10m Championships opened in Serbia on Tuesday (4 December). The Frenchman beat an experienced field to be crowned champion in the R1 (men’s air rifle standing SH1) – his first win of 2018.

The 53-year-old Paralympian lead from start to finish in the final, claiming the title ahead of Ukraine's Andrii Doroshenko, who took silver, while reigning world champion Radoslav Malenovsky of Slovakia had to settle for bronze.

“I was very confident the whole time. Just at the last three shots, I got a little more stressed, because of the pressure, but It was all good,” he explained.

“I had a pretty hard year in 2017, I could not deliver my best, but in the past three and four months I am feeling much better. I hope next year begins the same as this is ending.”

At age 19, a motorcycle accident resulted in the amputation of his right leg at tibia level. He has been on the shooting Para sport road since 1995 and has already competed at three Paralympic Games (Athens 2004, Beijing 2008 and Rio 2016). However, Didier admits that it is only now that he has the resources to really improve.

“Now we have one shooting federation for the able-bodied and the shooting Para sport athletes in France. Our investments increased and we have a whole team behind us, such as physiotherapists, doctors, great coaches. This makes a lot of difference”, he said.

The French team travelled to Belgrade with 19 people. Ten are athletes and the rest are support staff.

“We have included at the Olympic system a Paralympic project. It is just two years old, but step by step we are getting more professional. Now we have 40 shooters in different levels: from the beginner to the high performance”, said Martial Chausse, France team leader.

“The government is investing more on some sports ahead of Paris 2024. So it has been great for us”, he added.

There was another major shock in the R4 (mixed air rifle standing SH2) as two-time Paralympic champion - and favourite – Vasyl Kovalchuk of Ukraine, was beaten into third place. Slovenia’s Francek Gorazd Tirsek was the surprise gold medal winner ahead of Dejan Jokic of Serbia in second.

In the R4 team event, France claimed gold ahead of Ukraine in second. Serbia took the bronze.

There was another defeat for Ukraine in the P5 (mixed air pistol standard SH1), as pistol specialist Oleksii Denysiuk failed to claim his first gold in the 10m distance. He took silver behind Czech Republic’s Tomas Pesek, with Denysiuk’s teammate Iryna Liakhu in third.

Ukraine did end the day with gold though, winning the P5 team event. Poland were second and Czech Republic third.

The European 10m Championships are taking place for the first time since 2013, with 122 athletes from 27 countries contending over 16 medal events, including eight individual titles.