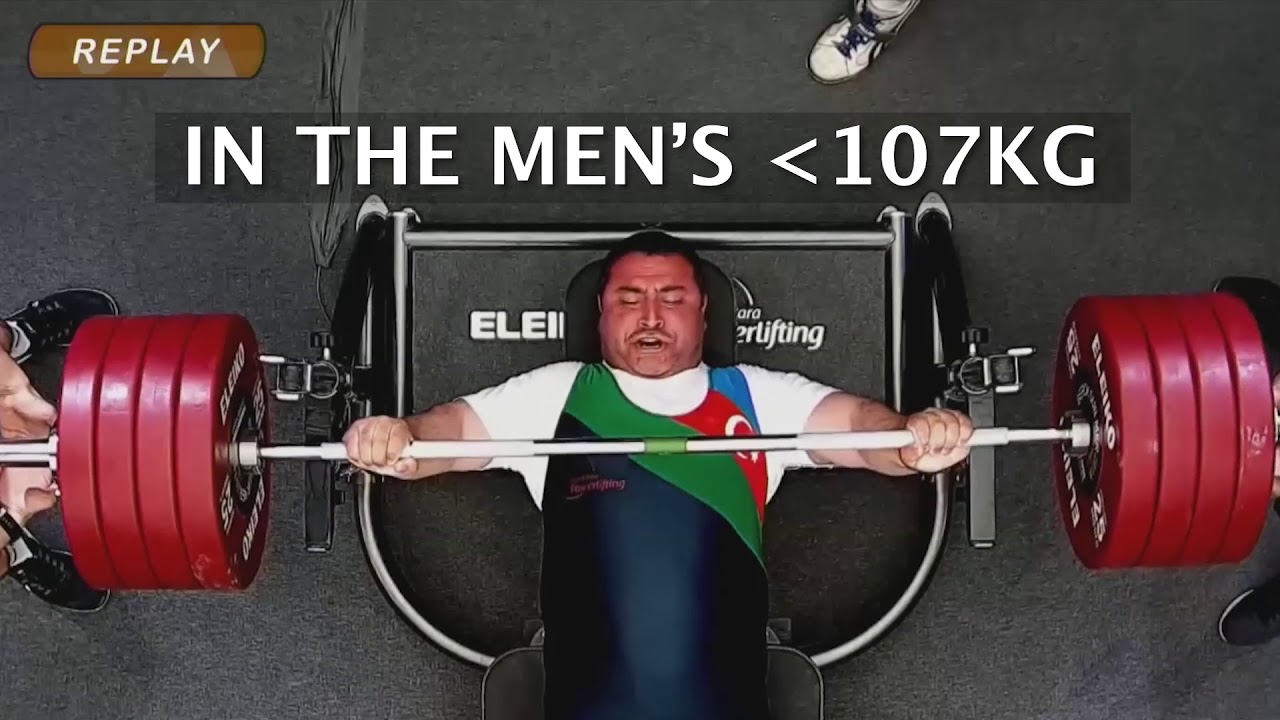 The last day of competition (29 May) at the European Open Championships was full of excitement. Konstantinos Dimou delivered an outstanding performance as he set a new continental record of 230kg in the men’s over 107kg in Berck-sur-Mer, France.

The Greek powerlifter broke his own record of 229kg that was set at the Mexico City 2017 World Championships.

“I am happy because I achieved what I came here for: the gold medal and the European record,” said Dimou. “I did not try my third attempt because I had nothing else to compete for this time. I may raise the bar even higher at the Astana 2019 World Championships.”

Elshan Huseynov regained in Berck-Sur-Mer the European title he won in 2013 and lost to Greek Pavlos Mamalos in 2015.

The Azerbaijani lifted an impressive 230kg in his second attempt to reach the top of the podium. However, for him was just one more medal for his collection and another step in his preparation towards the 2019 World Championships.

“I am feeling okay, it is not my first medal in the sport,” he said. “I want to reach my best shape ahead of the Worlds and the Tokyo 2020 Paralympic Games. Those are big goals I have set for myself.”

Huseynov also shared his happiness for his friend Iago Gorgodze (197kg) of Georgia who came in second. “We are always friends first and rivals in second place. It is good to be next to him on the podium.”

The overall podium was also led by Huseynov, ahead of Gorgodze and Brazil’s Mateus de Assis (191kg).

Petar Milenkovic gave Serbia the first gold medal in the competition after lifting 211kg, 10kg less than the European record set by Ukrainian Anton Kriukov in 2016. “But I will go for it and try break it next time,” Milenkovic said.

“I am not sure how I am feeling right now but (winning gold) will eventually sink in,” added the 33-year-old, who two years ago had taken European silver in Eger, Hungary. “I have been training very hard so I was expecting to win.

“Now I will work hard for the 2019 World Championships and, of course, Tokyo 2020 which is my biggest goal.”

On the overall podium, Milenkovic was followed by Indonesia’s Atmaji Priambodo (198kg) and Dankers.

The next Para powerlifting continental competition will be the African Championships in Algiers, Algeria, between 10 and 12 August.

Full results of the European Open Championships are available on Berck-Sur-Mer 2018’s website.