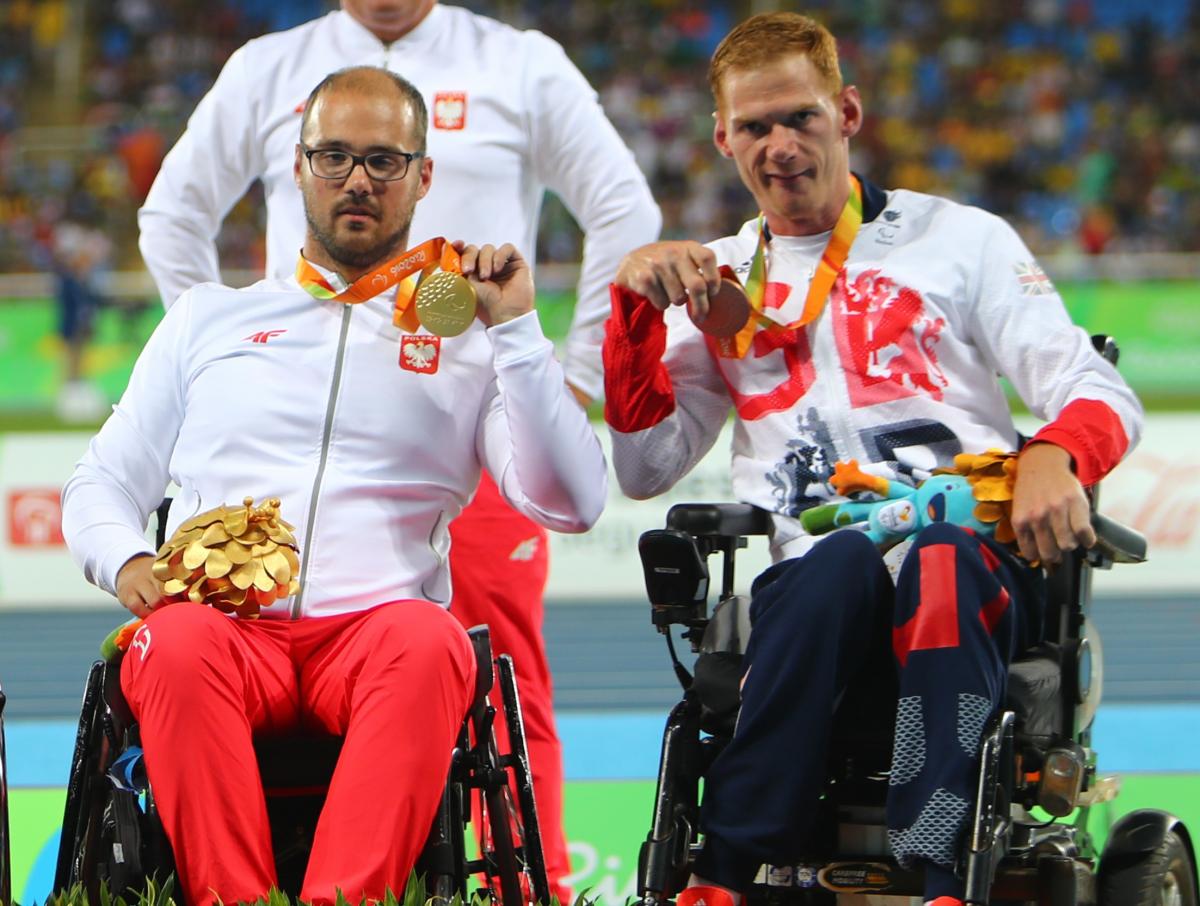 The current and former European record holders will battle it out for gold in the men’s club throw F32 competition at the Berlin 2018 European Championships, which get underway in just four days’ time (Monday 20 August). Three-time Paralympic champion Stephen Miller won his third European title in Staadskanaal, the Netherlands in 2012 - but the emergence of Poland’s Maciej Sochal has made the route to the top of the podium that bit harder for the Briton in recent years.

Back in Stadskanaal, Sochal finished out of the medals, only registering one throw - well behind gold medallist Miller.

But a year later, at the Lyon 2013 World Championships, Sochal made his presence known with a massive 36.97m throw in the final round, smashing Miller’s European record in the process.

The Pole claimed silver behind Algeria’s Lahouari Bahlaz while Miller finished in seventh place, just over five metres behind.

The tables were turned though at Swansea 2014 as Miller finished just over one metre ahead of Sochal to take the silver medal behind Russian Vladislav Frolov.

The Koszalin man threw a huge 37.19m – again in the final round - at the Carlo Zecchini Olympic Stadium, breaking not just the European record but the world record too. Miller had to settle for third place with a best of 30.92m.

Less than three months later the pair lined up again, this time at the Rio Paralympic Games.

Once again, it was the sixth and final round that provided Sochal’s winning throw, although at 33.91m it wasn’t threatening any record. It did however underline the fact that the Pole kept his cool under pressure.

Greece’s Athanasios Konstantinidis had been en route to clinching his second gold of the Games, having already won the shot put F32 title, but Sochal’s last attempt put paid to his plans for a double celebration. Miller meanwhile picked up another bronze medal with a season’s best 31.93m.

Bronze would also go Miller’s way on home soil at the London 2017 World Championships, although Sochal – who had injured his shoulder in the build up to the Championships - was also unable to produce a big enough throw to claim gold. His final round effort fell short this time as Bahlaz secured a third world club throw F32 title.

This year it’s 30-year-old Sochal who is proving hard to beat – he is the current world number one, having thrown over 35 metres in June.

Miller meanwhile has a season’s best of 31.04m, but has already tasted success this year, finishing first at the Dubai Grand Prix in March and at the Paris Grand Prix in June.

Did you know…Stephen Miller published his autobiography, entitled ‘Paralympian’ in 2008