Biggest field ever line up for the London Marathon 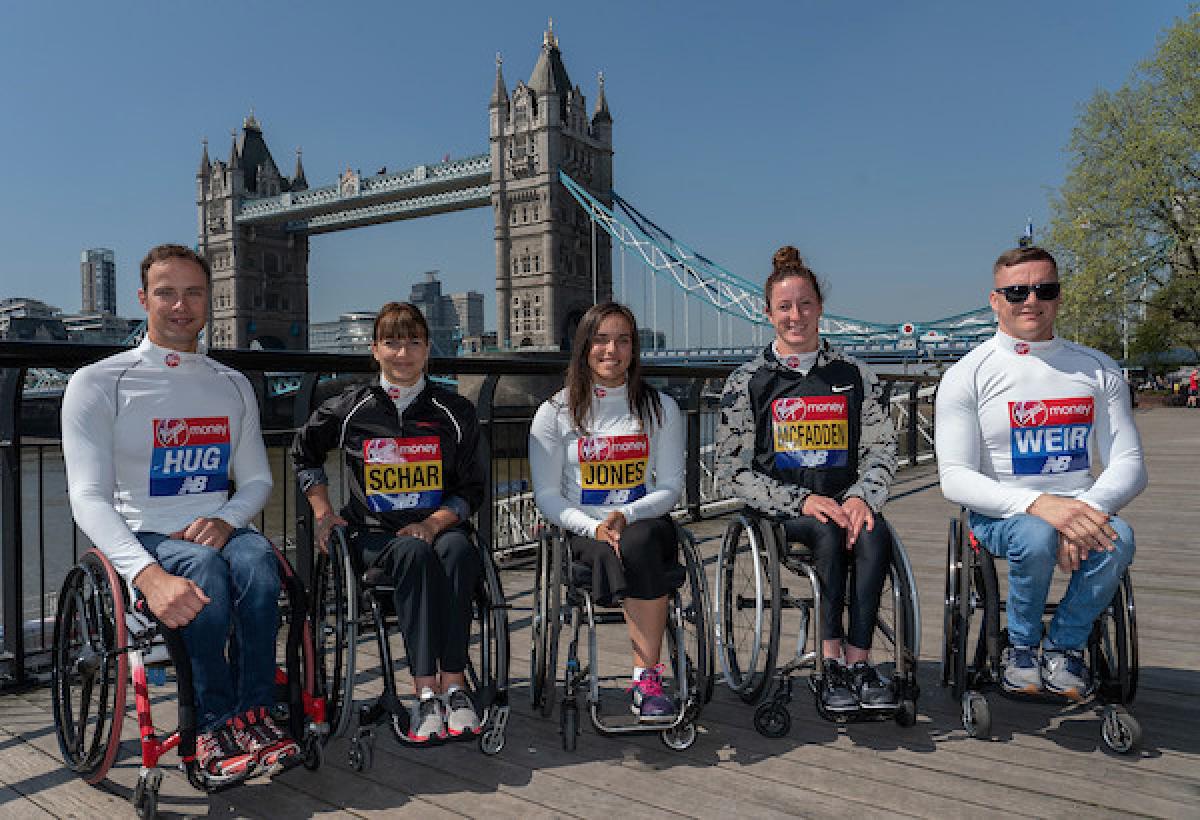 The biggest field ever will line up for the fifth World Para Athletics Marathon World Cup at the Virgin Money London Marathon on Sunday (22 April), with more than 110 Para athletes set to take on the 26-2 mile course across eight different events.

Home favourite David Weir is one of six defending champions hoping for World Cup glory. The 38-year-old is back in action in the men’s T53/54 race, having only raced one other marathon in the last 12 months.

Weir is chasing a phenomenal eighth win in the British capital, but he will have to get past the likes of Swiss Paralympic champion Marcel Hug and newly crowned Commonwealth Games champion Kurt Fearnley first.

Like Hug, the 33-year-old has already won the Abbott World Marathon Majors title – series XI officially concludes in London this weekend, but both Swiss racers have an unassailable lead in their respective events – but she also has tough competition to contend with.

The USA’s Tatyana McFadden missed last year’s race after suffering severe blood clots but the 28-year-old is back in action and out to secure her second marathon win in the space of one week, having finished first in Boston on Monday (16 April).

In the men’s T51/52 event, Great Britain’s Rob Smith, Colombia’s Cristian Torres and Helder Mestre all line up – Smith is the fastest in the field and will be hoping experience pays off – this will be his thirteenth London Marathon.

Brazilian Alex Pires da Silva returns to the capital as defending champion in the men’s T45/46 event (for Para athletes with arm impairments) and the 27-year-old can expect to be pushed all the way by a strong seven-man field which includes Italy’s 2013 world champion Alessandro di Lello, who has finished on the podium in every World Cup race since the first event in 2013.

Great Britain’s Derek Rae finished third last year and the 32-year-old is hoping to go even better this time around after a successful few weeks spent training at altitude in Kenya with Great Britain’s endurance squad.

“I’m getting stronger each year and I think what helps is that I’m more experienced each year too,” said the Scot, who has raced the London marathon four times before.

“it helps massively in a marathon – the more you run the more you learn about yourself and I’m happy with the prep I’ve done this year. I believe I’ll get to the start line in pretty good shape.

“The aim I’ve got is to run the race and perform as best as I can and I believe the rest will take care of itself. If I can do the best I can on the day, then we will see what happens after that.”

In the vision impaired events, Japanese duo Shinya Wada and Misato Michishita are back hoping to defend the men’s and women’s T11/12 titles they won twelve months ago.

Wada is one of 19 Para athletes lining up in the men’s T11/12 event and he will face tough competition from the likes of Morocco’s El Amin Chentouf and Spanish pair Alberto Suarez Laso and Gustavo Nieves.

Chentouf won the 2015 world title over the streets of London, while Laso took Paralympic gold in the marathon at the London 2012 Games. Nieves was leading the marathon at Rio 2016 but collapsed in the 30-degree heat.

Paralympic silver medallist Michishita, winner of the women’s T12/13 event in 2017, is one of four Japanese Para athletes in this year’s field and the fastest on paper. The 41-year-old finished nearly 10 minutes clear of her rivals last year and will start as favourite once again.

The men’s T13 event features Poland’s defending champion Patryk Lukaszewski, who starts as the fastest in the six-man field having clocked a personal best of 2:32.20 to take the win last April. Watch out too for Japan’s Toshiharu Takai, ranked second in the world last year.

The men’s T62-64 event, new to the programme this year, features Israel’s Eitan Hermon and the USA’s Brian Reynolds.