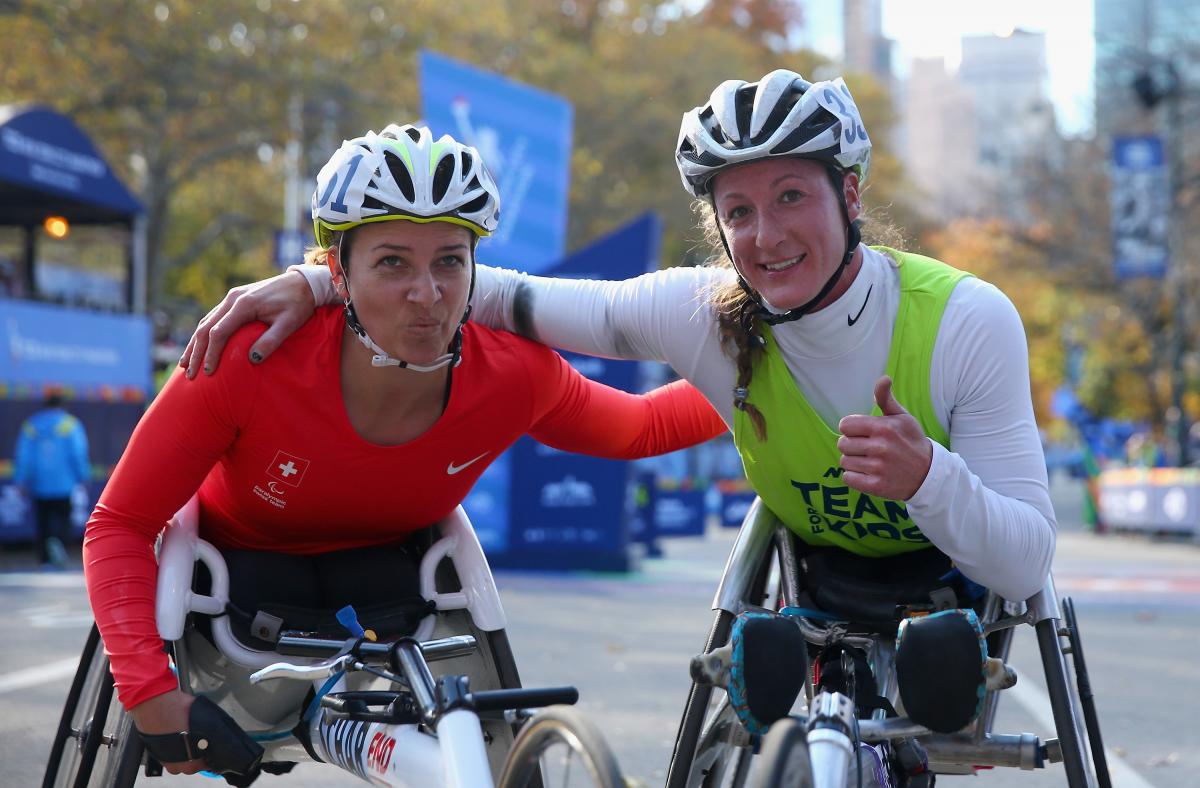 Eight former champions will line up at the start of the men’s and women’s wheelchair races at the Boston Marathon on Monday (16 April), with Switzerland’s two defending champions, Marcel Hug and Manuela Schaer, heading a field of more than 50 Para athletes.

Japan’s elite wheelchair racers – who continue to go from strength to strength over the longer distances - are out in force too. Two-time winner Masazumi Soejima and 2013 champion Hiroyuki Yamamoto are joined on the start line by Hiroki Nishida, Tomoki Suzuki, Ryota Yoshida and Takashi Yoshida.

One big name missing from this year’s men’s line-up is Australia’s Kurt Fearnley, who is competing at the Gold Coast 2018 Commonwealth Games.

Last year Hug set a new course record of 1:18:04 in a sprint finish with van Dyk, while Schaer smashed the women’s course record as she finished well clear of the field in 1:28:17 – the first female wheelchair racer to dip below 1:30:00.

Joining Schaer on the start line this year are two other Boston champions – the USA’s four-time winner Tatyana McFadden and her teammate Shirley Reilly, who won in 2012.

McFadden has a great history in Boston – she first won in 2013 and went on to secure a further three titles through to 2016. During that time she also won in London, New York and Chicago, becoming the first athlete to achieve such a feat.

The American finished fourth last year in a season badly disrupted by severe blood clots and surgery – although that still didn’t stop her from winning four gold medals on the track at the London 2017 World Championships.

Watch out too for US duo Amanda McGrory and Susannah Scaroni, who are a constant threat on any start line and finished second and third behind Schaer last year.

McGrory has been a frequent podium finisher at major marathons around the world since winning Paralympic silver in Beijing 10 year ago, while Scaroni also finished third in Boston in 2014 and 2015.

Australian Madison de Rozario also remains on home soil as she too goes for marathon T54 gold at GC2018.

Hug and Schaer have also already scored a double victory for Switzerland in the Abbott World Marathon Majors Series XI, but the remaining places and prize money are still up for grabs, with the series finishing in the London, Great Britain on Sunday 22 April.

The current leaderboard after five races (London, Berlin, Chicago, New York and Tokyo) are as follows (scores from an athlete’s top four results count towards the final standings). 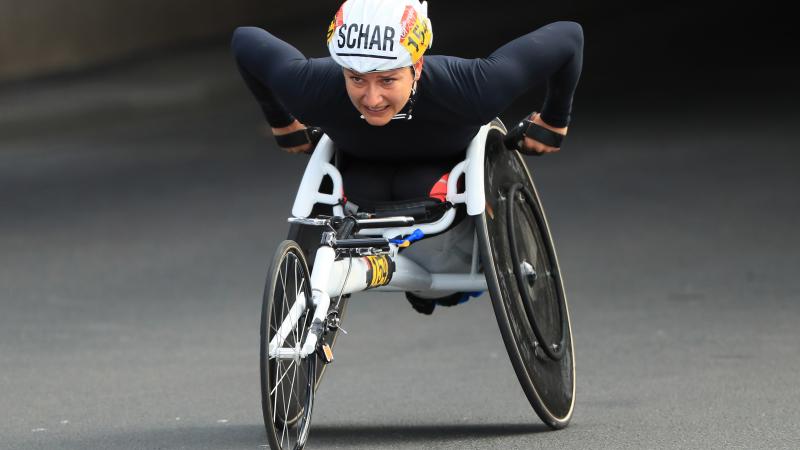 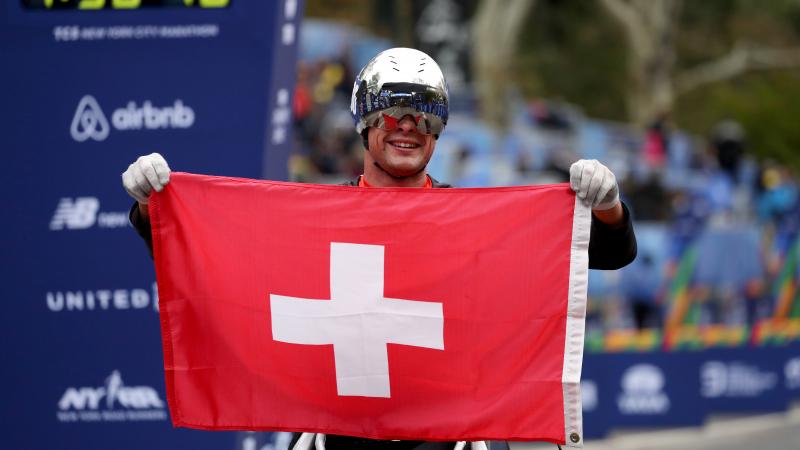 Athletics
Marcel Hug goes for four in a row in Boston