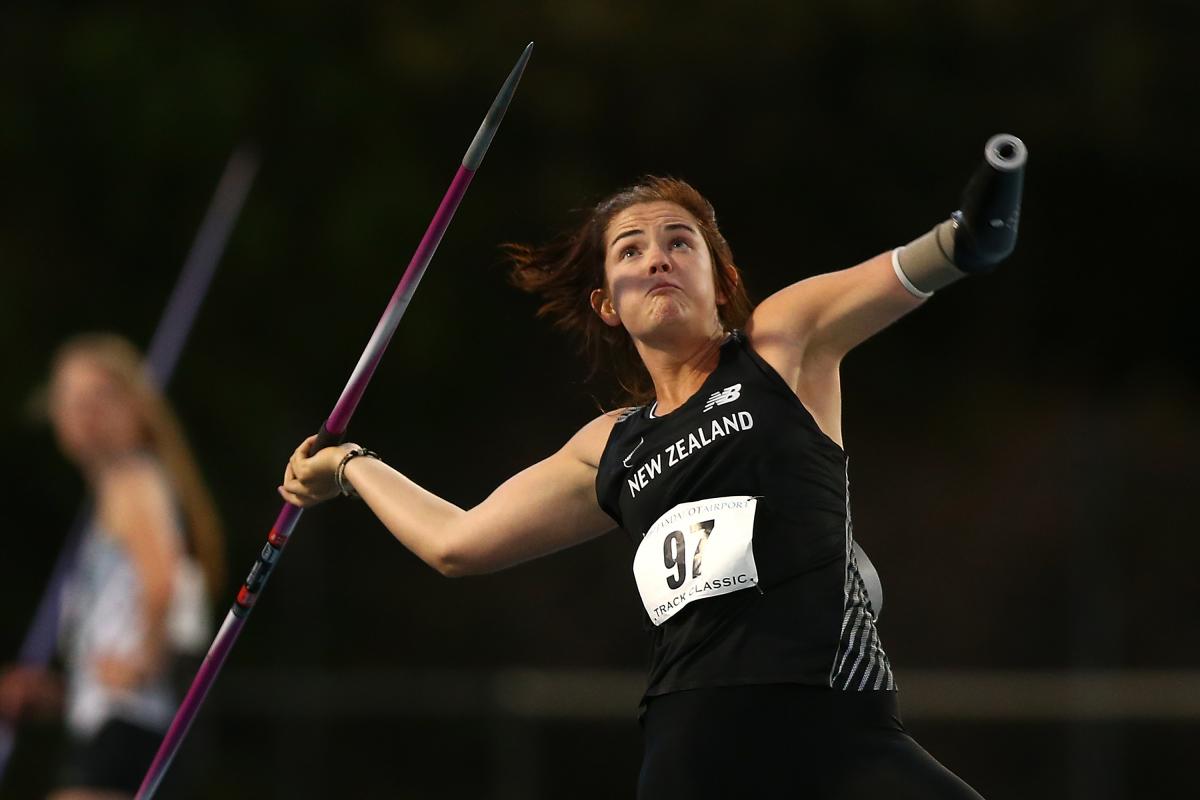 Paralympic medallists head the initial team announced by Athletics New Zealand for the Dubai 2019 World Para Athletics Championships, which take place in November in the UAE.

Further Para athletes are due to be added in the coming weeks, with Athletics New Zealand expected to send their largest team to a Worlds.

Robinson won javelin F46 silver at the last three major championships – the 2018 Commonwealth Games, 2017 World Championships and 2016 Paralympic Games – behind Great Britain’s Hollie Arnold, and each time the competition between the pair was spectacular.

The 24-year-old will head to Dubai with plenty of major experience under her belt – she competed in her first World Championships back in 2011 and won her first major medal – a silver behind Arnold - at Lyon 2013.

This year the Dunedin-based Para athlete has already made a big impression, throwing a new world record* of 45.73m at the Australian Track & Field Championships in April, more than a metre further than Arnold’s best achieved at the 2018 Commonwealth Games.

Grimaldi and Stedman have both been selected for their third World Championships, having also competed in 2015 and 2017.

Grimaldi, 22, won Paralympic long jump T47 gold at Rio 2016 and is looking to return to the international stage in good form after suffering from recurring injuries over the last two years.

Stedman will compete in the long jump, 100m and 400m T36 at Dubai 2019. The 19-year-old already has two Paralympic bronze and one world silver to his name.

Jessica Gillan (nee Hamill) returns for her fifth World Championships, having medalled in the shot put F34 in three of the four competitions she has competed in to date. The 28-year-old will no doubt be looking for a podium finish to add her collection of one bronze and two silver world medals.

Also featuring in the women’s shot put are Lisa Adams (F37) and Tayla Clement (F43) - both currently ranked number one in the world in their classification.