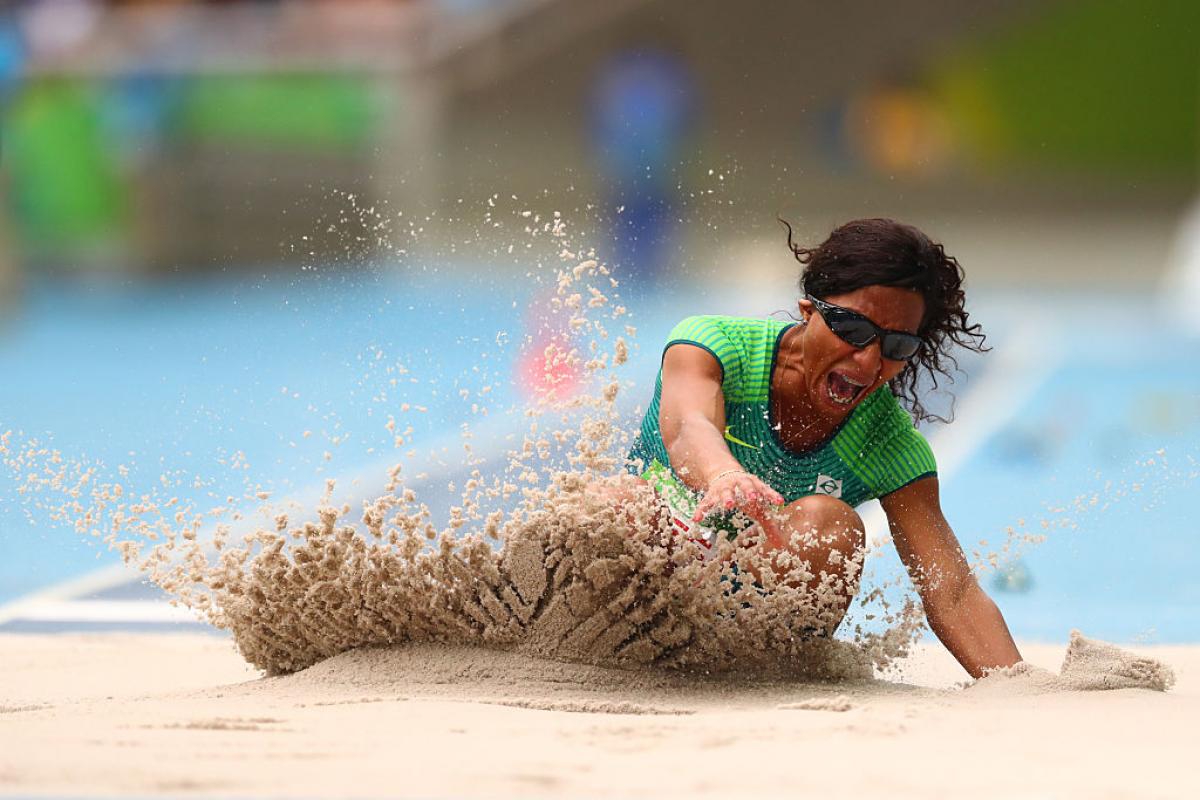 “It will be difficult to reconcile my life as mother and athlete, the responsibilities are greater, as well as commitment to my work. But I returned to the track prepared for this type of challenge and I know that this does not affect me or influence the results"

Paralympic champion Silvania Costa de Oliveira will line up at the São Paulo Grand Prix this week (26-28 April) in her first major international competition since the birth of her child last year – and she is determined to make a big impression.

Costa de Oliveira captured the hearts of the nation when she won long jump T11 gold on the penultimate day of track and field at Rio 2016, leaping to victory with her sixth and final attempt. Her brother Ricardo had won the men’s event eight days earlier.

The Brazilian returned to athletics just 30 days after the birth of her son, but the São Paulo Grand Prix will be her first major international meeting since winning Paralympic gold.

“I missed athletics a lot, because basically my whole life was dedicated to the sport. After giving birth, I was already thinking about the moment to come back, to achieve better results, better records. This is the reason why I was back 30 days after João Guilherme's birth,” she said.

“Even during my pregnancy, it was clear in my mind that it was not time yet to end my career as an athlete. I think I still need to practice more to give my best. I was sure that if I come back, I would be better than ever.”

Costa de Oliveira had a strong desire to get back to the sport. But she also feels ready to perform when it matters most.

“It has already been a year since my return and I am feeling ready to compete at a high level,” she explained.

“There is still a lot to do before Tokyo 2020, but I am feeling more courage and determination compared to this same preparation time before Rio 2016.

“It will be difficult to reconcile my life as mother and athlete, the responsibilities are greater, as well as commitment to my work. But I returned to the track prepared for this type of challenge and I know that this does not affect me or influence the results.”

The memories of that golden moment in Rio’s Olympic Stadium are still strong and continue to spur the 30-year-old on as she looks towards her next big target – defending her title at Tokyo 2020.

“The Rio 2016 Paralympic Games are unforgettable memories for me. I always say that there is no former Paralympic champion, this title is mine and I will have it for the rest of my life.

“From generation to generation, people will remember about the Games in Rio and will also remember that Silvania was the champion. This is not a moment that can be erased.”

While she missed out on the London 2017 World Championships, Costa de Oliveira, who set the current world record of 5.46m in Sao Paulo nearly two years ago, does not feel under threat.

“I think I should only worry about that when they get close to my mark, then I will be more motivated to improve. I do not worry about it, because I believe in my potential and ability. I know that it is just up to me,” she explained.

“I am not worried about the other competitors. I want to see good athletes in Brazil, who will be strong in competitions. But I am feeling ready for this competition. I want to bring good results from the Grand Prix, beat the record and be part of history.”