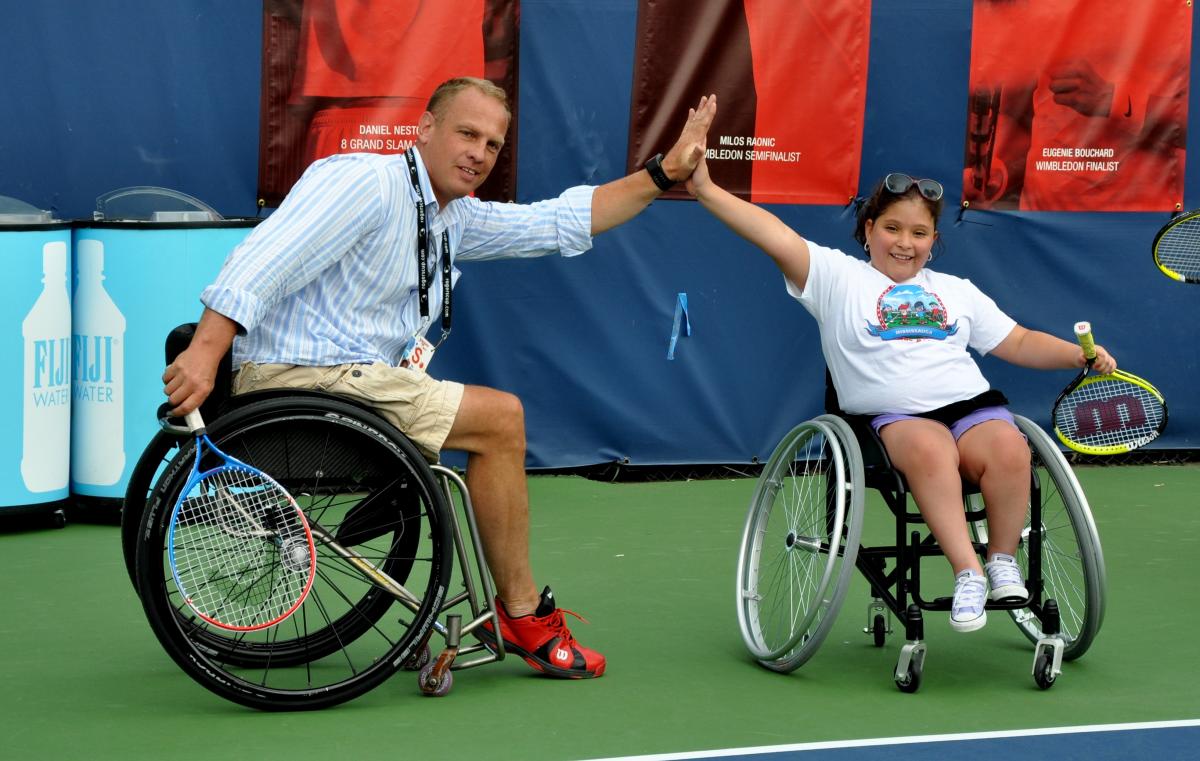 Germany's three-time Paralympic medallist Kai Schrameyer has received the International Tennis Federation's Brad Parks Award, which honours those who made significant contributions to wheelchair tennis on an international basis.

The accolade is named after the founding father of wheelchair tennis and recognises Schrameyer's controbutions both on and off the court.

Schrameyer won the first of his Paralympic medals in Barcelona in 1992, claiming the men’s singles silver medal behind his wheelchair tennis idol Randy Snow at the first Paralympic tennis event to have full medal status.

The only German wheelchair player to become ITF world champion and NEC wheelchair singles Masters champion, Schrameyer earned the year-end world No.1 ranking in 1993 before winning the year-end singles championship in 1997. He also helped Germany to win their only World Team Cup men’s title in Barcelona in 1998 and was 10-time German national champion in both singles and doubles.

After retiring as a full-time player in 2004, Schrameyer pursued a marketing career that revolved around the Olympics and Paralympics, which took him to Italy and then to Canada.

In 2010 he returned to wheelchair tennis and spent the next decade working for Tennis Canada, initially as National Development Coach and then as National Coach, overseeing both the grassroots development and high performance programmes alongside Tennis Canada Wheelchair Tennis Manager Janet Petras.

During his tenure he was responsible for leading the National High Performance Wheelchair Tennis Programme, managing the World Team Cup and Paralympic teams, working with local and provincial partners to grow the sport and helping to deliver tournaments at national and international level. He also assisted on a number of ITF Wheelchair Tennis Development Fund programme visits, including trips to Colombia, Uruguay and Ecuador in recent years.

In his coaching capacity Schrameyer was instrumental in Canada’s wheelchair tennis successes at the 2015 and 2019 Parapan American Games. These included the men’s doubles bronze medal in Toronto in 2015 and Canada’s first ever Parapan Am Games wheelchair tennis gold medal in Lima in 2019, when Rob Shaw won the quad singles title.

While Schrameyer’s full-time role with Tennis Canada came to an end in 2020, he has continued work in a coaching capacity with several of Canada’s leading players, including Rob Shaw, Mitch McIntyre, Thomas Venos and Barry Henderson. He also maintains a part-time Paralympic consultancy role in the build up to the Tokyo Games.

Schrameyer said: “It’s a true honour to be the recipient of the 2021 ITF Brad Parks Award. Wheelchair tennis has been and continues to be an important part of my life over the last 30 years. It fills me with immense pride to have been part of the 46-year journey of wheelchair tennis and to have maybe played the tiniest impact on bringing new players into the game, as a player and as a coach.”

Brad Parks, who met Schrameyer in the men’s singles quarterfinals at the Barcelona Paralympics in their one and only singles head-to-head as players, said: “Kai and David Hall burst on the tennis scene about the same time in the early 1990s. I knew both of them were destined for greatness. I would like to thank Kai for his life-long dedication to the game. [My wife] Wendy and I are both very fond of Kai from when we first met him and we send our heartiest congratulations.”

ITF President, David Haggerty added, “Congratulations to Kai for this well-deserved recognition of the significant contribution he has made to the sport of wheelchair tennis both as a player and coach. The sport continues to grow from strength to strength thanks to the dedication of individuals like Kai.” 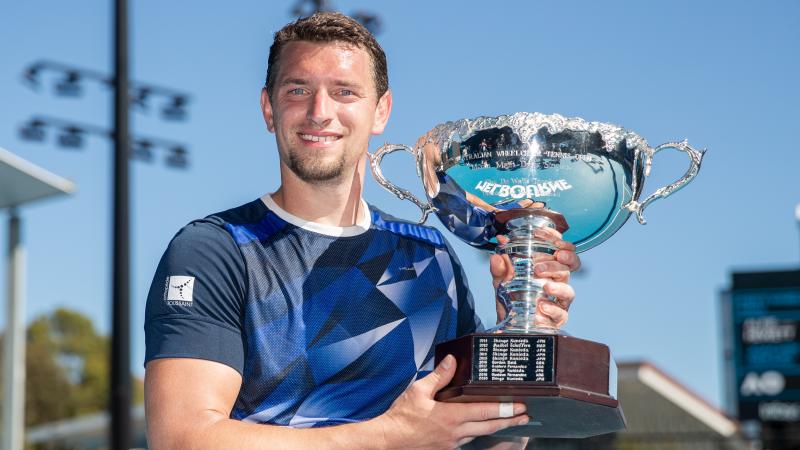 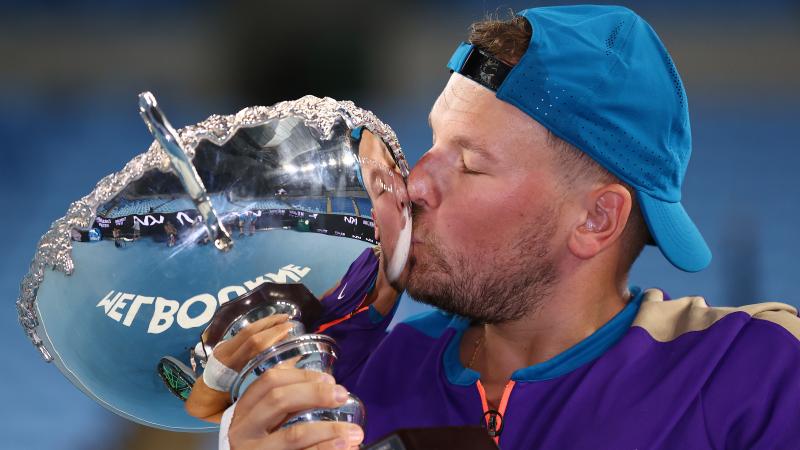