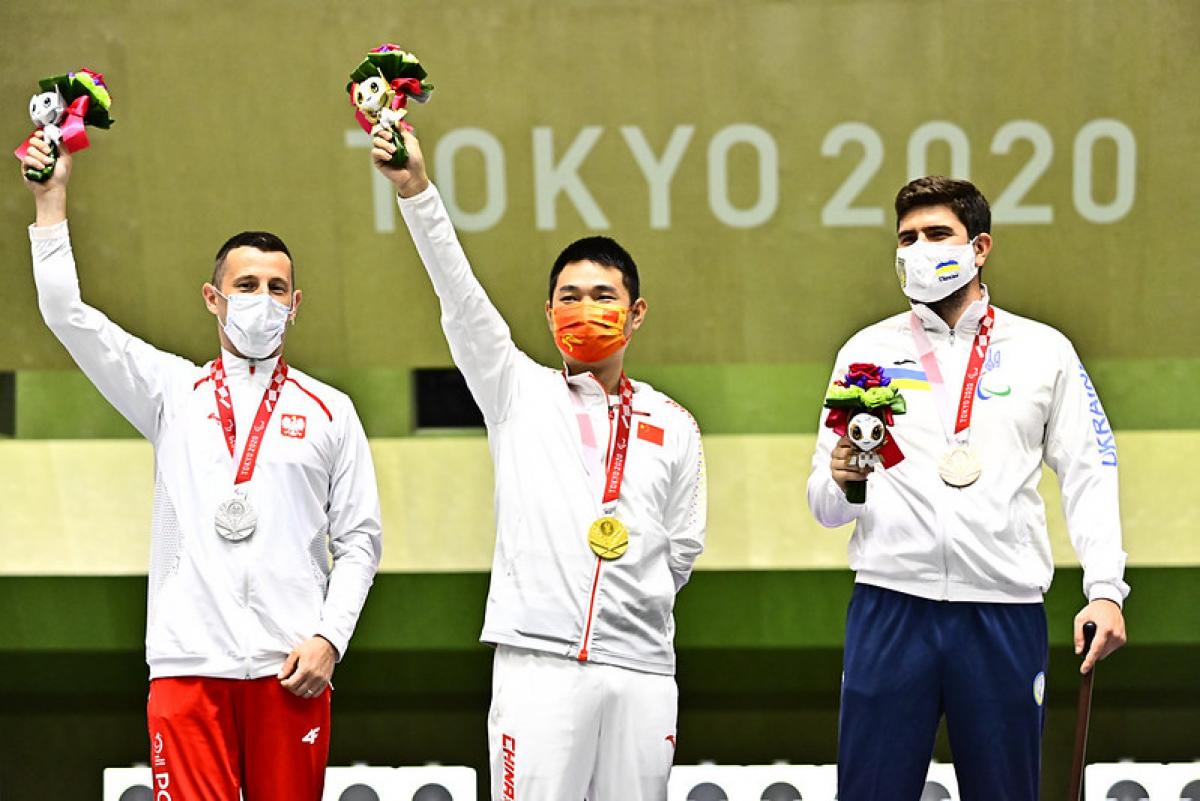 Szymon Sowinski won two shoot-offs to earn himself and Poland a first Paralympic Games shooting medal while an almost flawless start to the final for Huan Xing helped him to his second consecutive title in the the P3 - mixed 25m pistol SH1 final.

The only medal event at the Asaka Shooting Range on Thursday (2 September) was not short of drama.

He then forced a further tie with Ukraine’s world champion Oleksii Denysiuk - and won that too to earn himself the runners-up position.

The silver was not only Sowinski’s maiden Paralympic medal, but also Poland’s first in shooting.

"It's going to mean quite a lot for the Polish history of para-shooting, because all these people compete with me in Poland, and they will be proud of this medal,” said Sowinski, whose best finish prior to Tokyo was fourth in the P1 - men's 10m air pistol SH1 at the Rio Games in 2016.

Denysiuk was less happy with his work in Japan.

"I'm not satisfied with my performance and the final results, because my final score should be doubled in the final, and also in qualification it should have been 10 points more,” he said.

Huang on the other hand had nothing to complain about. He hit eight of his first 10 shots, giving him an early buffer, and by the final round against Sowinski was guaranteed gold with a six-point lead.

"It's happiness from the depth of my heart. It's recognition and reward for all the work that I've put in these five years,” Huang said.

Full schedule, results and medallists are available on Paralympic.org.