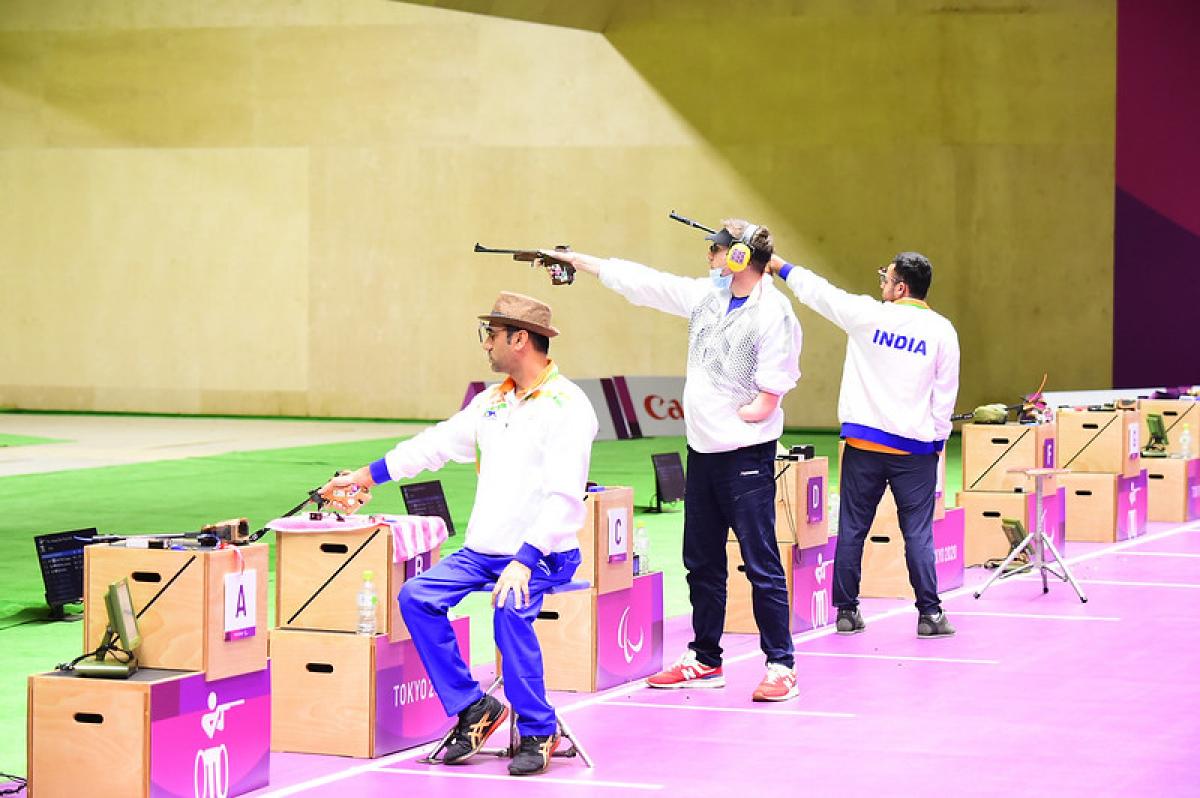 India and Serbia celebrated one-two podiums in the penultimate day of shooting Para sport at Tokyo 2020 on Saturday (4 September),

Ristic took the lead in round 1 and was never threatened in his bid to add Paralympic gold to his world title in this event, as well as the R5 - mixed 10m rifle prone SH2 gold from earlier in the week.

"I told myself that now was the right moment for this, and I believed that I could win a second medal because we have behind us one year of hard, hard training without competition because of Covid,” Ristic said.

He was joined on the podium by teammate Zdravko Savanovic who took the silver medal.

"This is the most difficult, the most heavy medal in the whole history of my career. Even gold medals during my previous Paralympic Games were not so difficult to get as this bronze medal,” Kovalchuck said.

The event is new to the Paralympic Games in 2020, giving SH2 athletes a third medal event.

History in the making for India

The 19-year-old progressed through the elimination rounds to clinch his first Paralympic medal, with compatriot Singhraj taking silver.

India now have five medals from the range in Tokyo. The country had never won a shooting medal before the 2020 Paralympic Games.

"I'm very happy. Extremely pleased with the showing. It was an intense contest and to come good was huge,” Narwal told Paralympic.org.

"Every shot is very difficult. One shot is very important, so my coach every time says 'Singhraj, Manish, only one shot, one shot fired'.