Triple title for Zhang, first for Alaryani and UAE 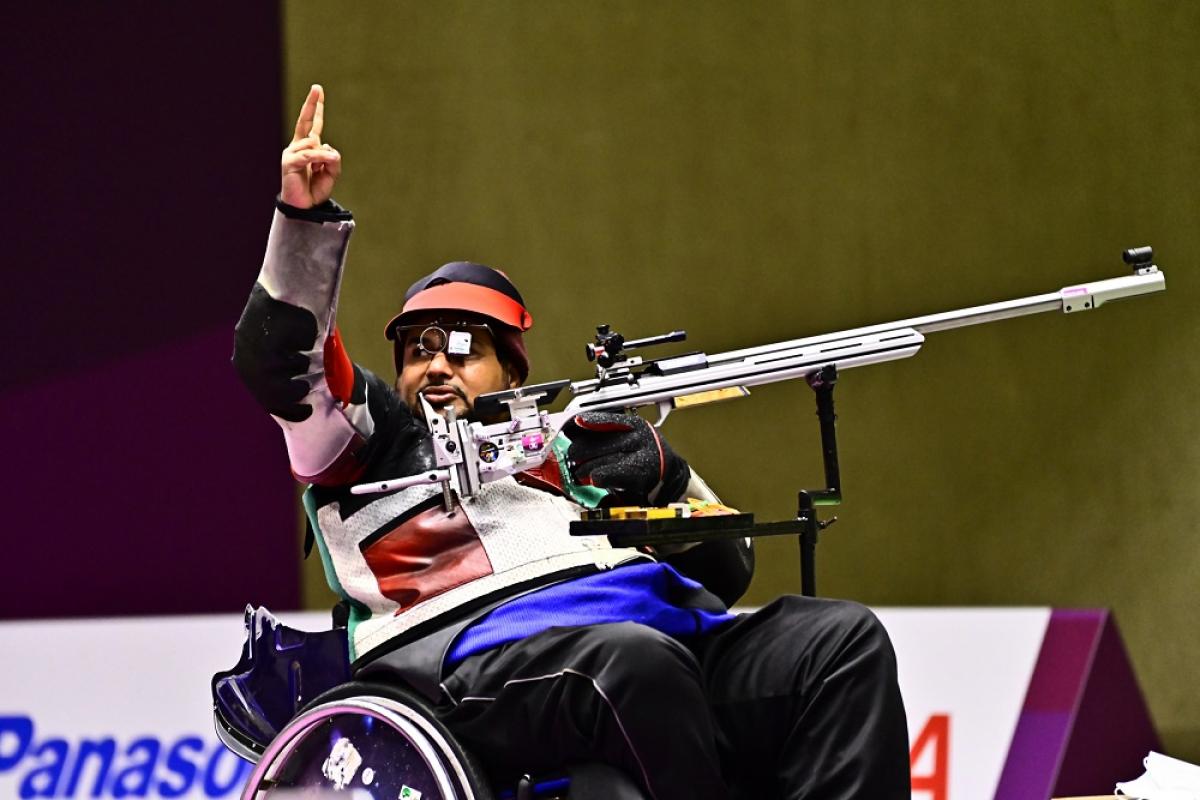 It took until the very last shot, but Cuiping Zhang has become a triple Paralympic champion in the R8 - women’s 50m rifle 3 positions SH1.

Germany’s Natascha Hiltrop held the lead before the final shot but scored just 8.7 as Zhang’s 10.3 gave her the title.

This was Zhang’s fourth consecutive medal in this event, adding to golds at London 2012 and Rio 2016, and bronze at Beijing 2008.

"I've done what I'm capable of and the result is just proof of what I've trained for,” Zhang said.

When asked what she thought when she saw her last score, Hiltrop said with a laugh, “oops”.

World champion Anna Normann from Sweden beat her own qualification world record to qualify top of the standings, but could not find the same accuracy in the final and finished fifth.

India’s Avani Lekhara continued her impressive week in Tokyo adding a bronze to her gold in the R2 – women’s 10m air rifle standing SH1 on day one.

"It was a tough final but I'm happy to have made it into bronze. I could have done better than this. It's just what finals do to you," Lekhara said.

The UAE athlete stayed in front through the last five shots to take his first title in this event, although he gave himself a rating of only 60 per cent for his performance.

"This is my favourite event and I'm always trying to improve during training and competition," the new Paralympic champion said. "Today the atmosphere affected my performance, and made it more difficult to compete in the final.”

"I'm very happy with my friend who won the gold medal today. He was the silver medallist behind me in Rio, so I'm very happy for him," the Serbian said.