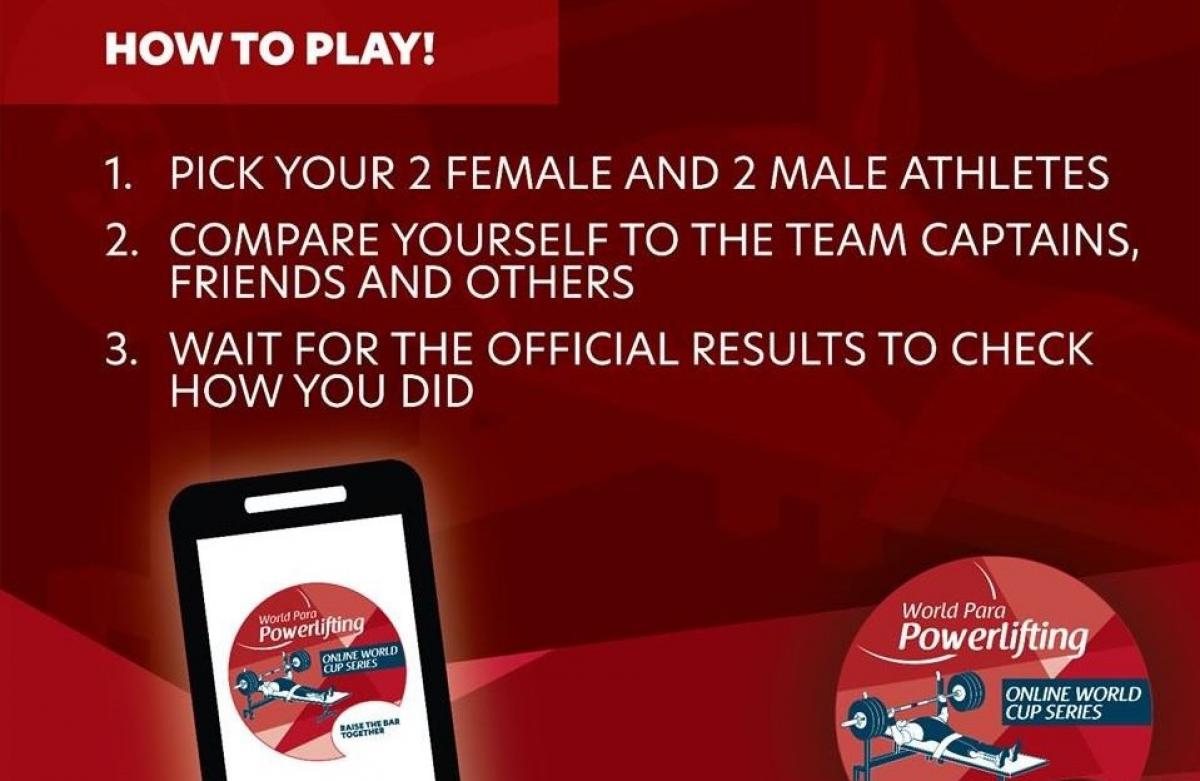 The third Online World Cup Series is underway and now it is time for the Fantasy Team Game.

Para powerlifting fans from all over the world have the opportunity to show how well they know the sport.

Here you can find all the information to join the World Para Powerlifting Fantasy Team Game.

How does it work?

Click on the Fantasy Team Game registration page and create your team by selecting two female and two male athletes who took part in the Online World Cup Series.

Then you can compare yourself with the Team Captains, your friends and the other participants.

Who are the Team Captains?

They follow the same rules as other participants of the Fantasy Team Game, selecting two female and two male athletes to their teams.

Perez was the winner of the first edition and Meloni finished in first place in the second one.

You can find more information about the Team Captain draft on World Para Powerlifting Facebook page (below).

When will the results be announced?

The results will be announced on Tuesday, 30 June, on World Para Powerlifting website and social media pages.

You can look at the other teams registered on the Fantasy Team Game clicking on this link.

Brazil’s Debora Bretas took the second place with 622.62 and Mexico’s Oscar Carrillo was third with 614.01.