Josh Pauls: My first time in a sled

Now a multiple Paralympic and world champion, the USA’s Josh Pauls took more than one try to fall in love with ice sledge hockey. 19 Mar 2016
Imagen 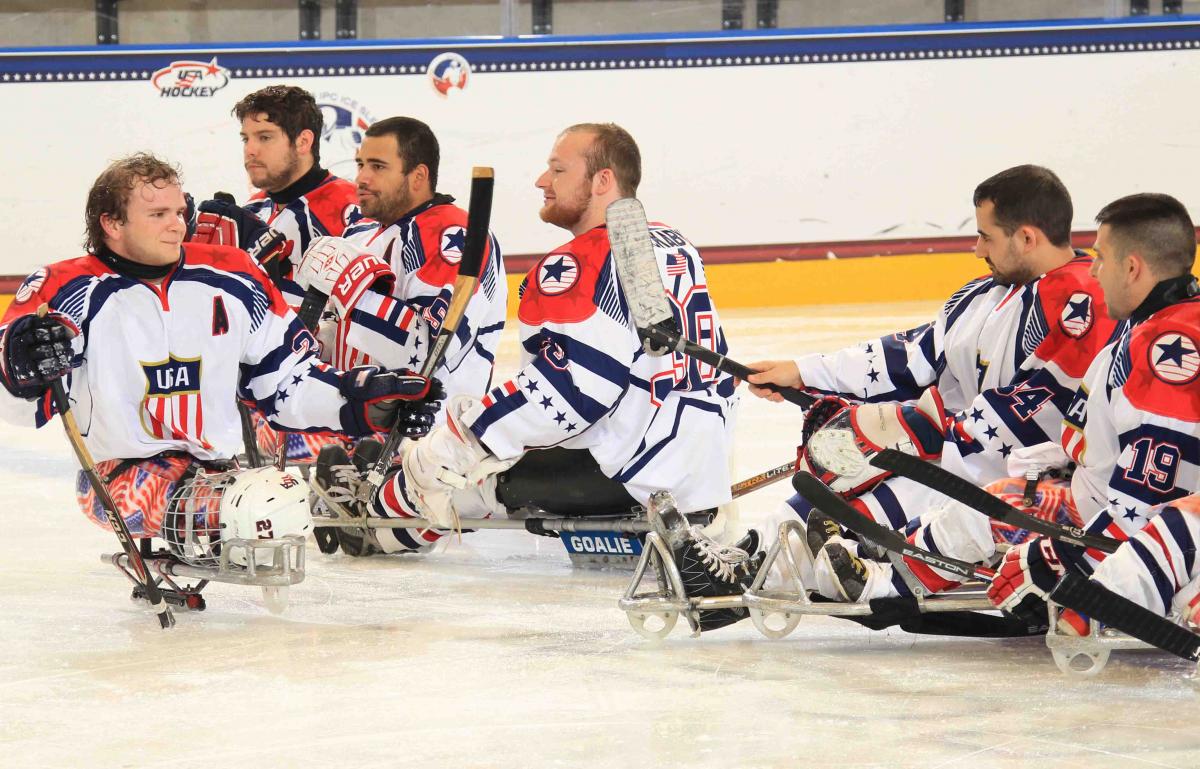 “So, I ended up giving it one more try, and for whatever reason something was different, and I absolutely loved it. I guess I matured a ton from eight to 10. I just loved it and wanted to keep doing it, and the rest is history.”

The instant USA’s star Paralympic defenseman Josh Pauls first tried ice sledge hockey as an eight-year-old, he was ready to call it quits.

“I hopped in a sledge after watching a game and started skating around a little bit,” Pauls said. “I had my legs on, and I just absolutely hated it. For whatever reason, it just wasn’t for me. I wasn’t a big fan. I just was like ‘Get me out of here. This is dumb. I don’t want to do this.’”

A back-then stubborn Pauls – who today is gearing up for the sport’s first-ever Pan Pacific Championships beginning 29 March – admitted he did not have an open mind at that time as a double-amputee.

But two years later, when his mother tried to reintroduce him to the sport for second time at a New York Jr. Rangers camp, the response from Pauls was the polar opposite and paramount in setting up the rest of his career.

“I don’t know what changed, but about two years later, a team opened up in my area and my parents finally convinced me to go give it one more try,” Pauls said. “So, I ended up giving it one more try, and for whatever reason something was different, and I absolutely loved it. I guess I matured a ton from eight to 10. I just loved it and wanted to keep doing it, and the rest is history.”

Now a two-time Paralympic and three-time world champion, Pauls is extremely thankful for that second attempt at a first chance.

The New Jersey native had always dreamt of playing in the NHL, and despite having tried wheelchair basketball once as a kid, he always instinctively knew that the ice was his home.

“Hockey was always my thing,” Pauls said. “I would watch it on TV and play street hockey outside. I think the first time I tried it, I was used to watching it on TV and watching people stand up to play. In my mind, that was what hockey was supposed to be. A couple years later, I realised if this was the only way I was going to be able to play hockey competitively, then this is how I have to do it.”

After his first few practices in the sport, the tables turned, and it was Pauls persuading his parents to keep putting him in a sledge.

“It was a lot of poking my dad to take me down to the ice rink,” said Pauls, who in no time started playing every weekend, which turned into multiple times per week soon thereafter.

From that first time in a sledge to training for this month’s Pan Pacific Championships, one word has remained constant for Pauls on the ice: patience.

The standout American, who hopes to become a hockey coach one day, believes young sledge hockey players must not become frustrated or anxious their first few times in a sledge.

Ice sledge hockey is a sport that takes time and effort to perfect, and one that gets easier with age as players build muscle mass to propel themselves up and down the ice.

“Being 23 and looking back now, I really don’t know how I did it,” Pauls said. “Being younger, it’s a lot tougher. But also, the sledges have gotten lighter, so nowadays it’s a little bit easier than when I first started.”

“It’s going to be really difficult at first still because you’re not used to using those muscles. A lot of guys on Paralympic and national teams make it look so easy, but it’s a lot tougher than it looks.

“After years of practice, though, you just get used to it.”

And that is Pauls being humble.

He actually got more than used to it.

He thrived, and just last year, he was honoured as the top defenseman in the world.

So sit in a sledge, and see where your first-time story takes you.

Pauls will compete for Team USA at the 2016 Ice Sledge Hockey Pan Pacific Championships between 29 March – 2 April, on home ice in Buffalo, New York. Canada, South Korea and a Pan Pacific team made up of players from Japan and other participating countries, will also go for gold.