Kevin Nguyen: ‘Shooting has given me a lot of purpose in life’ 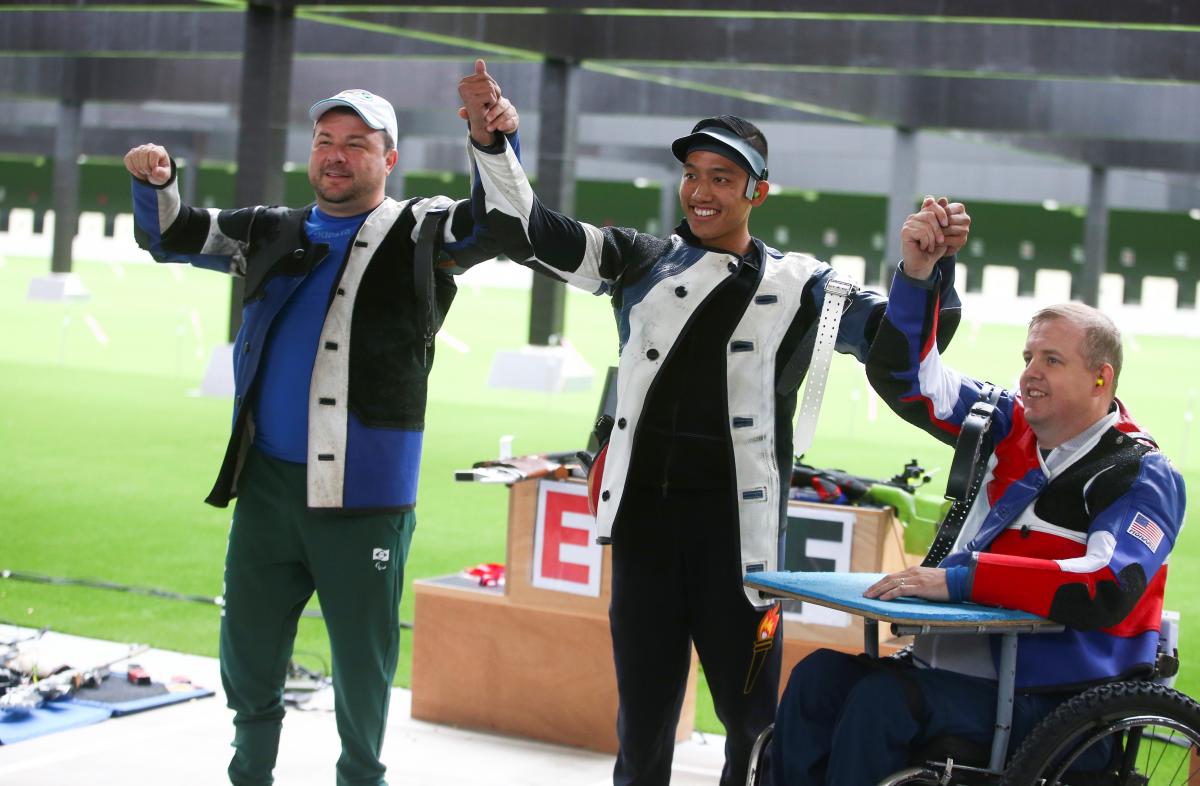 The majority of people on the USA Army Marksmanship Unit (USAMU) is recruited from the National Collegiate Athletic Association but Kevin Nguyen took a different, unconventional route.

Originally having served in the Army until 2013, Nguyen was introduced to shooting by Armando Ayala, then coach of the Paralympic Division of the USAMU, after he had to leave the army due to losing a leg in Afghanistan.

During a foot patrol with the 4th Stryker Brigade Combat Team, he stepped on an improvised explosive device (IED) which severely injured his right foot and later led to his decision to amputate.

The meeting with Ayala had a big impact on Nguyen, then at just 20 years old.

“He said that the aim of this team was to make the Paralympic team and he took me to the facility in Georgia, and showed me how the sport worked. He introduced me to the team before taking me out to the Olympic Training Centre in Colorado Springs for a week,” Nguyen recalled.

His previous experience with the army was part of the reason Nguyen decided to take up shooting Para sport, as he was again part of a team who he calls ‘a big family.’

Nguyen outlines how all in the team push each other’s boundaries to perform to the best of their abilities, including a healthy competition between him and top women’s able-bodied shooter Sagen Maddalena.

The training paid off in the best possible way when the Westminster native was selected for the 2019 Parapan American Games in Lima, Peru. Nguyen could not have hoped for a better result as he came home with a gold in mixed 50-meter rifle prone SH1 and a bronze in the Mixed 10m air rifle prone SH1.

“It was the most fun trip I have ever been on. With the Opening and Closing ceremonies, the Athletes village and wearing Team USA uniform, it was a great experience.”

On winning his gold medal, thoughts of a previous conversation with one of his coaches resonated with Nguyen.

“He said, one of the best feelings you’ll ever get is standing in the centre of that podium seeing the USA flag rise high above everyone else. I understood this totally as there’s no better than feeling number one on the podium. It’s something I’m chasing again,” said the Lima 2019 champion.

A gold medal on the biggest stage of all was the next target for Nguyen but the COVID-19 pandemic put paid to that when he was unable to train from March to May. The Paralympics were postponed until 2021, but the USA shooter was surprisingly upbeat about the situation.

“It’s actually been a blessing in disguise because it’s allowed me more time to train and work on my weaknesses. I’m seeing the progress every single day,” Nguyen explained.

Since June he has been training full-time, practising four to five hours a day with shooters easily spread out. Due to the new measure, only nine competitors are allowed access at the same time, with 72 firing points on the air range and 80 on the small-bore range.

Outside shooting, Nguyen can be often found skydiving in Thomaston due to the ‘escape’ it gives him since he started in 2018.

“It gives me an escape as it’s relaxing, the equivalent of other people having a bath. So I don’t have to be worried about shooting if I haven’t had the best day and I always have a great time,” he said.

However, Nguyen’s main focus will always be on shooting as he will return to competition at the Winter AirGun Championships from 17-20 December, the largest air rifle match in the USA with 500 participants.

“It is important we have it so we can test out our training to see if it works in the match. We are pushing that boundary and we have elevated what it means to be a top athlete with this team dynamic,” Nguyen explained.