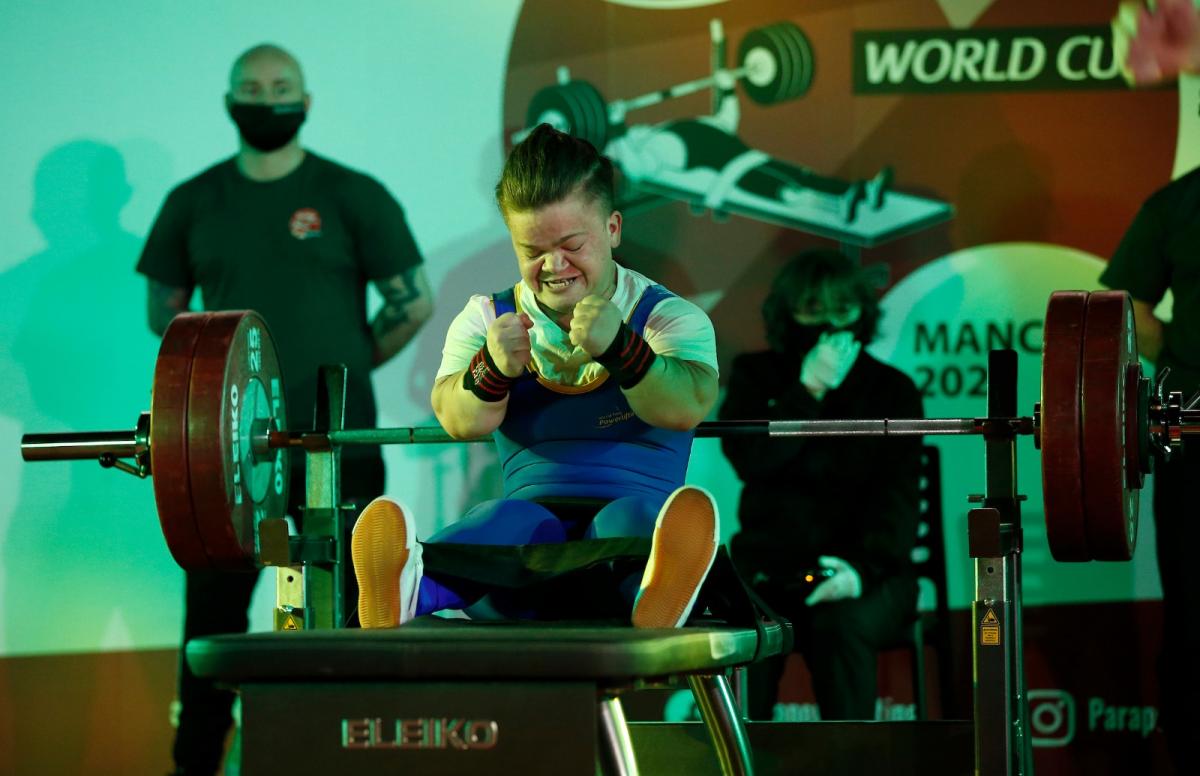 Mariana Shevchuk celebrates after breaking her own world record in Manchester
ⒸEd Sykes/SWpix.com
By Filip Ožbolt | For World Para Powerlifting

Mariana Shevchuk had a performance to remember at the season's second World Para Powerlifting World Cup in Manchester, Great Britain, as she broke her own world record to take gold.

Ukraine’s world champion lifted 132kg in her second attempt in the women’s up to 55kg, 1kg more than the previous world record she had set at the Eger World Cup in 2019.

Her compatriot and three-time Paralympic champion Lidiia Soloviova gave Ukraine a second gold in the women’s up to 50kg.

Nigerian powerlifters have been the dominant force throughout the first two days of competition in Manchester by winning a staggering six golds and three silvers.

Paralympic legend Lucy Ejike did not disappoint and won the women's 61kg, while Jonah Ben (up to 41kg), Latifat Tijani (up to 45kg) and Olaitan Ibrahim (up to 67kg) also topped the podium in female events.

The remaining two Nigerian titles came in men's events, with Yakubu Adesokan (up to 49kg) and Thomas Kure (up to 59kg) securing the first place.

Mark Swan won the men's up to 65kg thanks to a European junior record lift of 173kg, giving Great Britain their first senior gold medal on home soil.

“I still haven’t processed how this feels yet. I think I will process it when I will be at the journey home”, said Swan. “It’s been well deserved, I’ve worked a lot through lockdown, put more kilograms on the bar to come back even stronger than last year.”

“I’m not sure where I’ve found this form, but I’m happy that I’ve found it. I’m not going to put a limit on where I am going from now”, added Swan.

“I’m just going to focus on training, getting that technical performance right, and see where I go in the future.”

The remaining two Manchester World Cup male winners were France’s Axel Bourlon (up to 54kg) and Uzbekistan’s Iskandar Tursunbaev (up to 72kg).

Competition finishes on Sunday (28 March) and can be watched live on World Para Powerlifting website and Facebook page. Live results are available online. 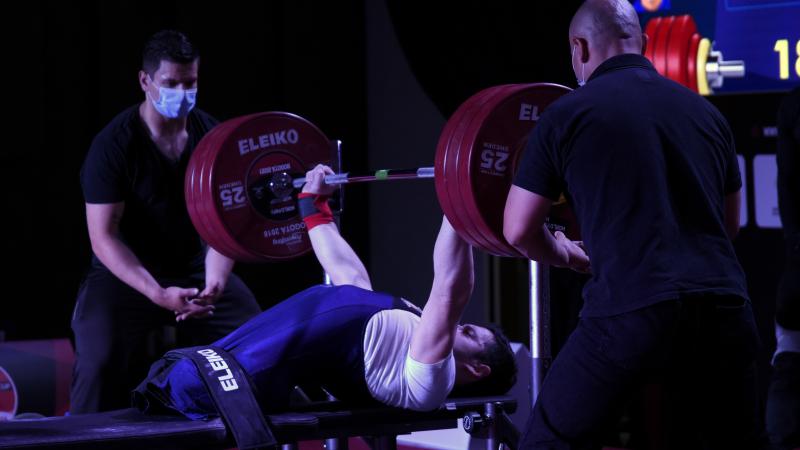