Catch-up on an extremely busy month for para-sport with events taking place in both winter and summer sports. 01 Apr 2015
Imagen 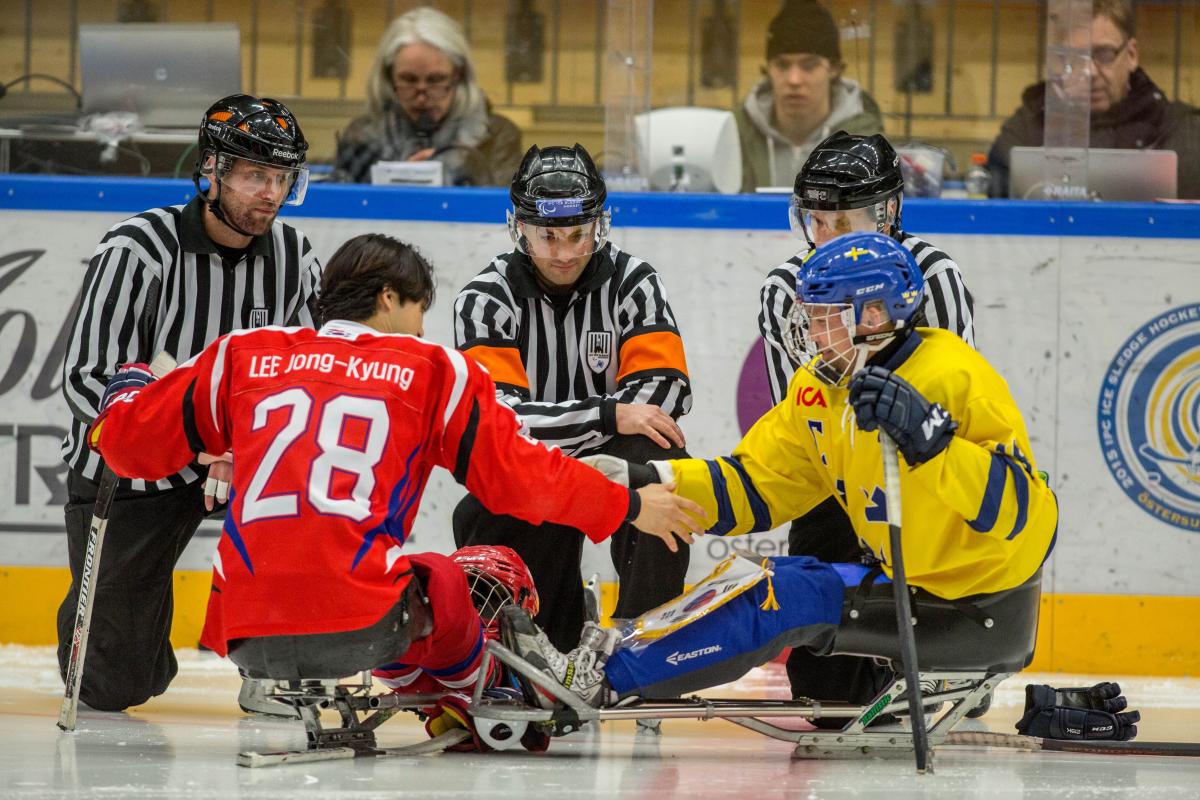 The winter sport season came to a close in March with World Championships and World Cups, whilst cycling, table tennis, athletics, triathlon, swimming and football 7-a-side all staged major events.

Here’s what took place in March.

In 2013 Bochet claimed all five world titles in women's standing events in La Molina, Spain, but this year the 21-year-old was not alone in completing a clean sweep; Russian 17-year-old Alexey Bugaev also remained undefeated in all five of his men's standing races.

Russia topped the medals table with 19 medals, which included 10 golds.

Victory for Wicker (48.46.5) in the final women’s sitting race of the season saw her overtake Russia’s Marta Zaynullina for the overall end of season title.

Find the other ends of season winners here.

Find out who else won in Buffalo City here.

South Korea and hosts Sweden both won promotion back to ice sledge hockey’s A-Pool for 2017 by winning the gold and silver medals at the IPC Ice Sledge Hockey World Championships B-Pool.

Learn more about the final day of action here.

Full review of all the action here.

The USA’s Jessica Long became the first para-swimmer to set a world record in the pool that will stage August’s Toronto 2015 Parapan American Games with a stunning swim in the 400m freestyle S8 at the Speedo Can Am Para-Swimming Championships in Toronto, Canada.

A number of other regional records were also set during the event which took place between 20-22 March.

Five countries took part in the first major international competition of the season – hosts Portugal, USA, the Netherlands, Argentina and Ukraine - with each side playing each other once.

Around 300 swimmers from 21 countries took part in the event which was staged at the Tollcross International Swimming Centre, the same venue that will stage July’s IPC Swimming World Championships.

In front of a Dutch home crowd, Alyda Norbruis had an event to remember at the 2015 UCI Para-cycling Track World Championships in Apeldoorn winning three world titles and smashing one of her own world records.

The 26-year-old was the single biggest winner at the event which attracted 160 cyclists from 30 countries. She won gold in the time trial, pursuit and scratch races and also lowered her time trial world record by 0.043 seconds.

Other double gold medal winners included the USA’s Jospeh Berenyi and the Chinese duo of Jieli Li and Zhangyu Li.