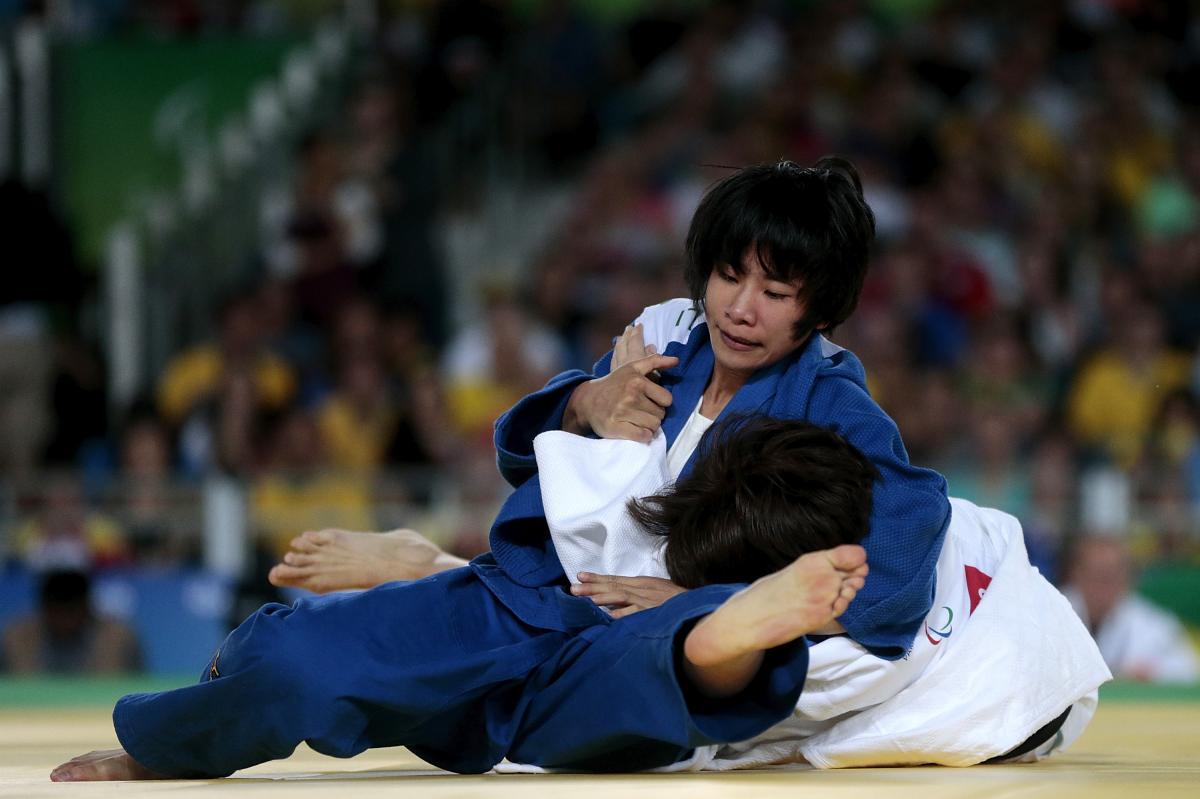 Rio 2016 gold medallist Li Liqing wants to quickly forget about the Asian Para Games and return to the top of the podium at the 2018 Judo World Championships in Odivelas, Portugal, from 16-18 November.

She is one of the top judokas from L-O in a continuation of our rundown of athletes to look out for at Odivelas 2018.

China’s Li Liqing is the defending champion in the women’s up to 48kg. Still only 25-years-old, Liqing is also the Paralympic title holder.

But the Chinese judoka dropped down the order at the 2018 Asian Para Games in Jakarta, Indonesia. Li had to settle for bronze, losing to eventual victor South Korea’s Soohee Choi in the semi-finals.

World No.3 Jung Min-Lee of South Korea won silver in the men’s up to 81kg at the Rio 2016 Paralympic Games. He also claimed a win at the World Cup in Tashkent, Uzbekistan, in late 2017 and followed that up with silver at the 2018 Asian Para Games.

Sandrine Martinet finally got the gold she had been working for in the women’s up to 52kg at Rio 2016 – her fourth Paralympics. Since then, the French judoka has dropped down to the women’s up to 48kg. She continued her winning form at the World Cup in Atyrau, Kazakhstan, in September.

Algeria’s Moloud Nora will try to retain his gold from the 2014 World Championships in the men’s up to 60kg. The Beijing 2008 champion ventured into the men’s up to 66kg earlier in 2018, but after a seventh place finish at a World Cup in Atyrau he returned to the lower weight category.

Uzbekistan’s Sherzod Namozov is a rival to Nora. Since claiming bronze behind the Algerian four years ago, Namozov has dominated. He has taken Paralympic, Asian and Asian Para Games titles and several World Cup wins.

Russia’s Natalia Ovchinnikova* is the European silver medallist in the women’s up to 57kg. In 2018 the Russian made it onto the podium again at the Atyrau World Cup, finishing third.