Sandrine Martinet returned to the mat after a two-year hiatus to compete at the World Championships in Odivelas, Portugal, from 16-18 November.

The French judoka decided to take a break after winning gold in the women’s up to 52kg at Rio 2016, her fourth Paralympic Games, to spend time with her children and husband.

She is also a physiotherapist and took the chance to return to her work for a time.

But with Odivelas 2018 approaching fast and Tokyo 2020 in sight, double European medallist Martinet is still driven by winning, now in the up to 48kg.

“If the injuries leave me alone I have all my chances at the World Championships. And I want to score maximum points,” she said.

In 2018 the Frenchwoman made her comeback at the World Cup in Atyrau, Kazakhstan. She was the winner once again.

“I came back to win but I did not necessarily think to win this World Cup,” she said.

“The conditions were not necessarily favourable in terms of my preparation for this competition but the experience helped me to win. With probably the surprise effect of the change of category.”

For the Worlds in Odivelas, Martinet said it would be “interesting and a new challenge” to try and win the up to 48kg title.

She will face the likes of Paralympic and world champion Li Liqing of China as well as Germany’s Carmen Brussig, another regular podium finisher at major events.

Looking further ahead, Odivelas also offers judokas the chance to grab points towards the world rankings. These will be used to determine who qualifies for Tokyo 2020.

Martinet is already thinking about the chance to compete at her fifth Paralympics and stand on top of the podium again. A victory in the birthplace of judo would be even sweeter.

“The goal is gold in Tokyo. The way will be long and difficult, but I am confident if my body is good!” she said.

“I still have dreams and Tokyo, Japan, for judokas is important. I'm still hungry for victory.” 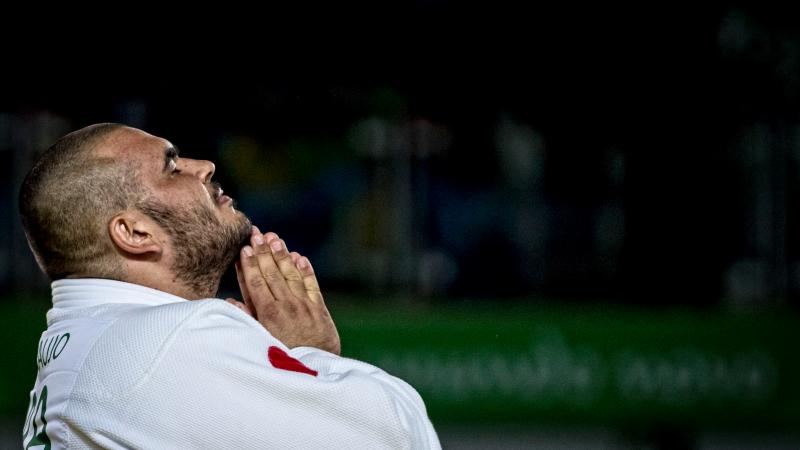