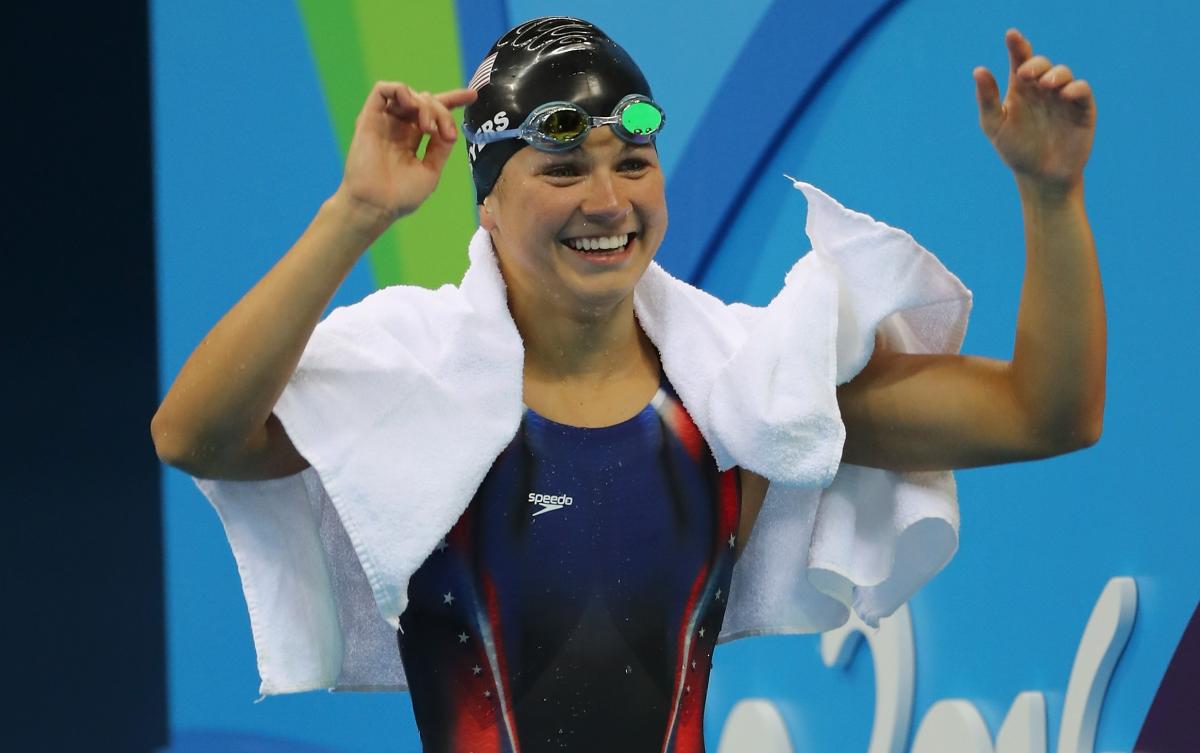 Two world records have been broken at the 2018 Para Pan Pacific Championships, with hosts Australia asserting their dominance as the leaders of the medal table on night one of competition.

While it was USA’s McKenzie Coan who set the pace for the evening winning the first gold medal on offer in the women’s 400m freestyle S7, it was the stand out performances of Paralympic champions Aurelie Rivard of Canada (4:29.26) and USA’s Rebecca Meyers (4:26.30) who set new world records in the S10 and S13 respectively.

“It feels amazing, I’ve trained all year for this so to be able to break a world record shows that my hard work has really paid off,” Meyers said.

“I had a little feeling. I had a really good heat swim so I was really confident going into my race tonight. I’ve really enjoyed myself here in Australia. It’s a beautiful place but the best part is having done this for Team USA.”

Meyers went on to win a second gold in the 100m breaststroke SB12.

Canada’s Rivard lead the charge in her 400m event, finishing more than 20 seconds ahead of silver medallist Katja Dedekind of Australia.

Although the USA and Canada got off to a solid start, it was Australia that shone with the support of a roaring home crowd to top the medal tally. With an impressive 13 gold medals, nine silvers and four bronze, it is no surprise that a number of personal best performances were recorded.

They included a memorable swim from four-time Paralympian Matt Levy.

Fresh from a personal best swim in the heats earlier in the day, the veteran Australian swimmer showed true class to take another two seconds off that on his way to winning the men’s 400m freestyle S7. It bodes well for a potential fifth Paralympics appearance at Tokyo 2020.

“I’ve trained really hard and you go to these competitions and do PBs and compete hard against the rest of the world, but I was hoping to do well and I did that tonight,” said Levy.

“You do the sport because you love it and I do it to improve every day. To improve myself, no matter who I swim against and it’s fantastic that I’m still enjoying it at the age of 31.

It was the Brazilians anchored by the formidable Daniel Dias who showed their strength in the mixed 4 x 50m freestyle 20-point relay coming up against the Australians. The team consisting of Patricia Santos, Talisson Glock and Joana Silva, who joined Dias finished their relay in a time of 2:25.12 against the Australian team’s 2:56.25.

Gold medal standings after day one:

You can watch live coverage of the Para Pan Pacs on World Para Swimming's website. Full results are available on Swimming Australia's website.

Swimming
Para Pan Pacs 2018: All you need to know