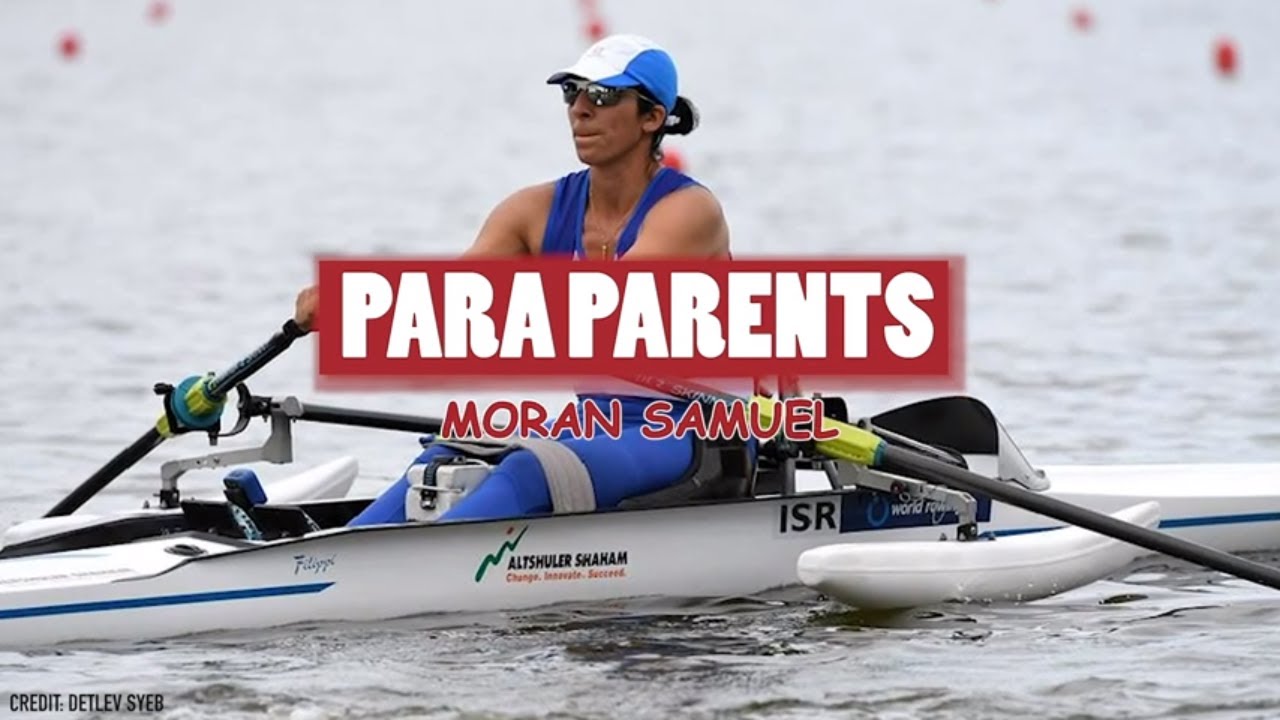 “It’s going to change your life, for sure. But it is possible. It is amazing to share it with your children.”

Two-time Paralympian Moran Samuel does not have to worry whether her efforts are enough.

“Even if you come back with a medal and even if you don’t, they (my family) are there for you,” Samuel said.

She has been married to wife Limor for eight years, and they have one boy and one girl, Arad and Rom, and in the latest of our series, Para Parents, she opens up on life as a mum of two.

Limor gave birth to Arad in 2016 prior to the Rio Paralympic Games. Moran had Rom in 2018 after freezing some of her eggs a couple years prior when learning she may not be able to have children in the future.

Now, with two kids at home that have two working parents, Moran said she may miss one or two of her 7am rowing sessions. This became necessary after Arad was born, and he was not sleeping all night.

“I was tired in the mornings and so I decided not to do my morning sessions, which probably in life pre-children would never happen if I don’t have like the highest fever and almost one leg in the hospital,” Moran said.

Samuel said she this has not caused to be “relaxed about training,” nor has her commitment to sporting excellence waned; she is just less worried about besting all her competitors.

Her family is her top priority and just as important is rest.

“Flexibility is not bad,” she said. “That’s what I realised with my children: That being able to be flexible kind of makes you mentally stronger to deal with changes — unexpected things — that happens even in sport.”

Moran hopes this will teach her children to pursue their own dreams no matter the circumstances. And while Moran chasing rowing medals, Limor advocates for the Paralympic Movement. She has worked with the Israel Paralympic Committee to develop its wheelchair basketball programme.

“Our life here at home is all about sport and Paralympic sport, specifically,” Moran said. “Both of us (Limor and I) are really involved, not only just for me being an athlete and doing what I do to get high results or train hard — we also work really hard for awareness in Israel of Paralympic sport.”

When she has a competition or training session, her entire family will come along.

Limor and Arad joined her at Rio 2016 to see her win a bronze medal in the single sculls.

“For me, it is easier to concentrate in training and to be focused when I’m competing when I know they (my family) are close,” Moran said. “I need my family.”

Moran said athletes should not be afraid to have children. Particularly with the development of technology, she said athletes can be flexible as to when they want to have kids.

“It’s going to change your life, for sure,” she said. “But it is possible. It is amazing to share it with your children.”