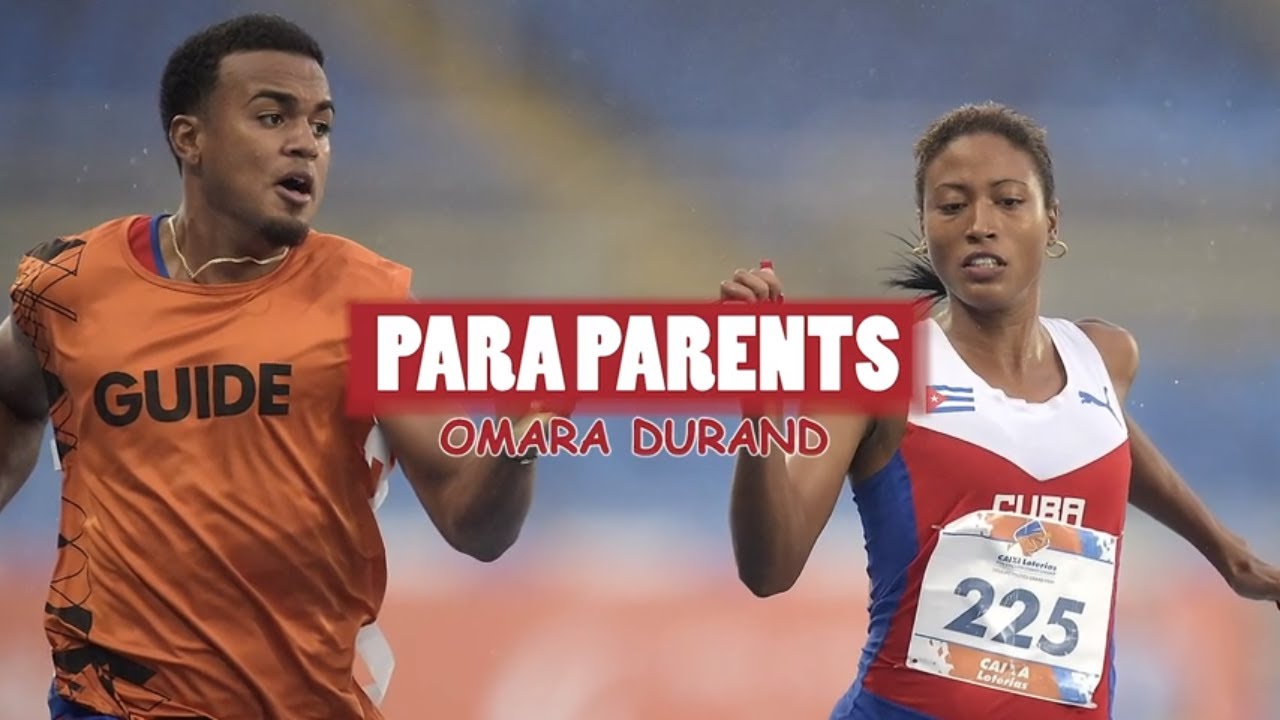 Paralympic champion Omara Durand and her daughter are one and the same.

When Durand runs, her daughter runs.

When Durand celebrates, her daughter does too.

Durand is watching daughter Ericka grow up inside the Paralympic community and become a world-class fan of the Movement.

“I have been told she pays a lot of attention when she watches me compete on TV and gets really nervous,” the Cuban sprinter said. “She shouts, ‘Come on, mom! Come on, mom!’”

In the latest of our series Para Parents, multi-Paralympic champion Durand shares her daughter’s experience of Para sport and how it is impacting her childhood.

Ericka will stop by Omara’s practices and play her with mother’s teammates, coach and guide. She may even run alongside them.

“[She] gets along very well with my teammates,” Omara said.

Ericka gets to interact with individuals with impairments on a daily basis, and Omara feels these interactions are teaching Ericka lessons about empathy and acceptance.

“I have never perceived in her discriminatory expressions or rejection. I feel she does not see disability as a problem; she sees people just like her,” Omara said.

The mother of success

Omara began playing sport when she was seven. She felt frustrated, shy and intimated because of her visual impairment. She has congenital cataract, a condition that caused chronic myopia (or nearsightedness) and astigmatism (inability to focus).

“It was like I couldn’t live a normal life because of my visual impairment,” she said.

After she was introduced to Paralympic sport, it did not take long for her to make a name for herself. At the age of just 15, she medalled at an International Blind Sports Association (IBSA) World Games.

When Ericka was born soon after the London 2012 Paralympics, Omara’s sight deteriorated further. She took three years off competing to focus on being a mother and made her Paralympic return at Rio 2016.

But being a mother clearly suits the Cuban star. She won more golds in Rio (three) than in London (two); she set a world record time of 51.77 in the 400m T12; and she was nominated for the Laureus World Sports Awards Sportspersons of the Year with a Disability in 2016.

The awards and recognition are important to the Paralympian, but she wants to give credit where it is due.

“My family also wins and deserves all my successes,” she said. “They have given me a lot of support throughout my career. … I have the privilege of having everyone with me; they all give their all for me to improve because they know sports demand a huge sacrifice.

“It would not have been possible to get so far without them.”