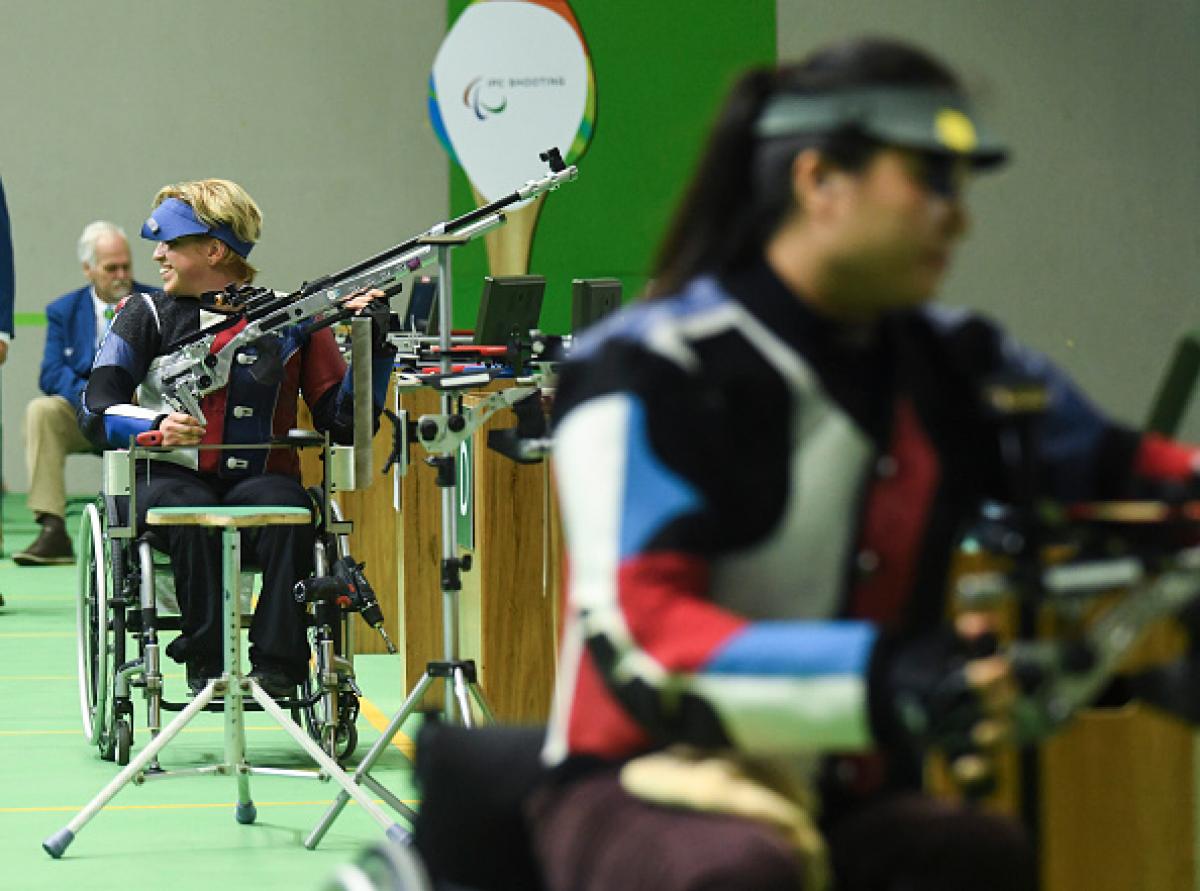 The fifth day of shooting Para sport at Tokyo 2020 will feature star-studded line ups vying for glory in the two medal events on Friday (3 September) at the Asaka Shooting Range.

The R8 - women's 50m rifle 3 positions SH1 will open the day’s action with some of the biggest names in Para sport to be in action.

China’s four-time Paralympic gold medallist Cuiping Zhang would be the player to beat in the category.

Zhang, who already has the silver in the R2 - women's 10m air rifle standing from Tokyo, would be eager to take the gold this time, making it three in a row after her titles in the R8 category in London 2012 and Rio 2016.
Star-studded field

Cuiping, however, should be ready to tackle strong challenges from a star-studded line-up that included 19-year-old Indian Avani Lekhara, the Tokyo 2020 Paralympic gold medallist in R2; seasoned stars like Germany's Natascha Hiltrop, the Paralympic champion in R3 in Tokyo with a Games record; and Slovakia's Veronika Vadovicova, the three-time Paralympic and five-time world champion.

Vadovicova has a silver and bronze in last two Games in the event and would be hoping to improve the colour this time around.

Among others, South Korea’s Lee Yunri would be hoping to recreate the Beijing 2008 Paralympic magic where she clinched the gold and improve her Rio 2016 medal colour; while the presence of China’s Yan Yaping and Bai Xiaohong and; Ukraine's promising star Iryna Shchetnik would make the competition exciting.

Schetnik has two bronze medals in the R2 an R3 events from Tokyo while Yaping is the Rio 2016 bronze medallist in the R2 event and Xiaohong is the Cheongju 2018 world champion in R2.

The R7 - men's 50m rifle 3 position SH1 final will follow the women’s event. Dong Chao, who defended his Rio 2016 Paralympic R1 title in style with a Paralympic record earlier in Tokyo, would be among the favourites for the title.

Chao would be hoping to continue the momentum to better his medal colour (from London 2012 bronze) in the R7 event.

Serbia’s Laslo Suranji celebrated a hard-fought victory to win gold in R7 on our day 5 at Rio 2016.

“It took a really long time for me. I’ve trained for over 15 years and this is my first medal,” he said. @OKSrbije #WaitForTheGreats @Tokyo2020 pic.twitter.com/RU92Fb0WR7

The line-up will also include South Korean four-time world champion Jinho Park, who already has a silver and a bronze in the R3 and R1 (Paralympic and world qualifying records) events in Tokyo; UAE’s shooting star Abdulla Sultan Allaryani, the London 2012 gold medallist (R6) and two-time world champion (R6 and R7) as the top names competing.

Also watch out for Laslo Suranji from Serbia who would be keen to defend his Rio 2016 Paralympic title; Israel’s Doron Shaziri, the Rio 2016 Paralympics & Sydney 2019 Worlds bronze medallist; Slovakian former world champion Radoslav Malenovsky among others.