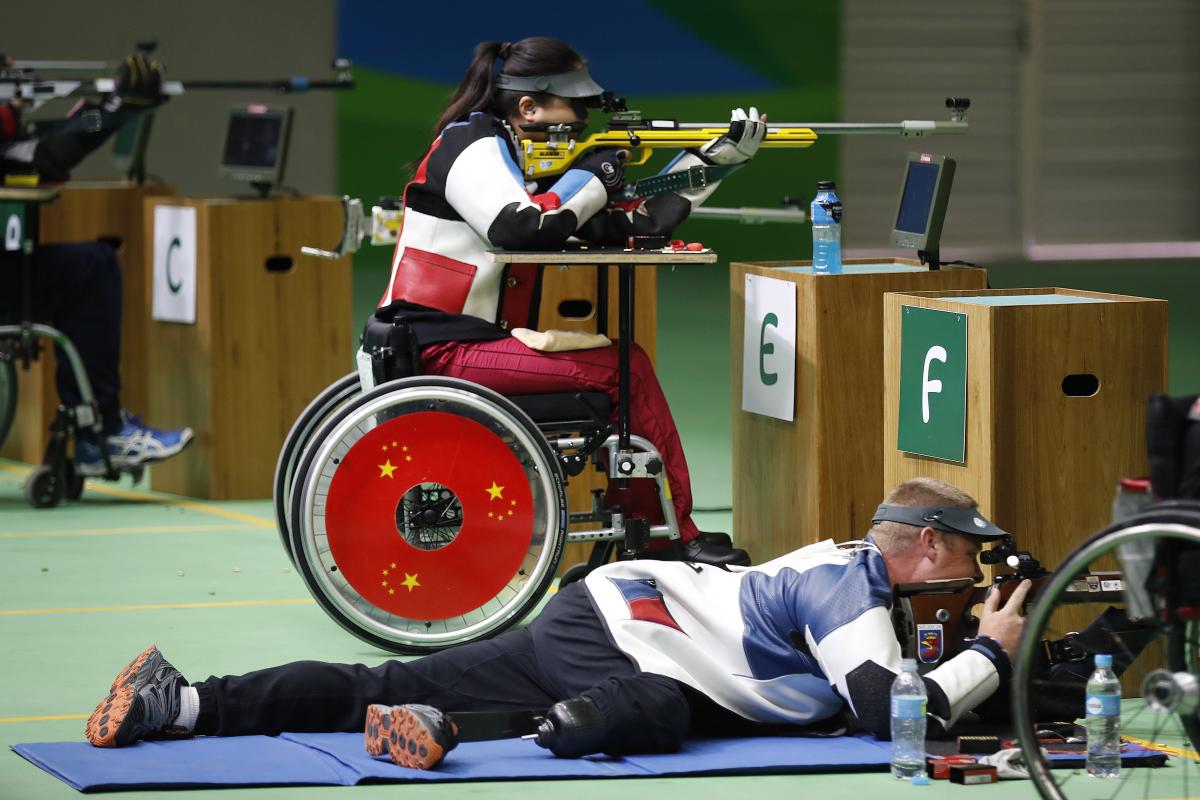 The final day of the shooting competition will be one of the major highlights of Tokyo 2020 with several Paralympic and world champions to showcase their sharp shooting skills in the one medal event on Sunday (5 September) at the Asaka Shooting Range.

The R6 - mixed 50m rifle prone SH1 is set to witness some of the biggest names in shooting Para sport for one final time, including legends Cuiping Zhang and Dong Chao from China and Slovakia’s Veronika Vadovicova, to feature in a field of 48.

Zhang, who is now a five-time Paralympic champion including her Tokyo 2020 gold in R8, would be eager to defend her Rio 2016 title in the category, while Chao would aim to shine in this category after having lifted his third Paralympic title in R1 category earlier.

Vadovicova, the three-time former Paralympic and five-time World Champion, would be hoping to finish on the podium after missing out on the medals in the last three events.

As today we had two one-two , 🇷🇸 & 🇮🇳 make it to the top 3 in the medals table!! 🙌#Paralympics #ShootingParaSport #Tokyo2020 @paralympics @tokyo2020 pic.twitter.com/bQY4JIM3VB

UAE’s Alaryani out to regain title

But UAE Paralympic star Abdulla Sultan Alaryani would be standing strong to regain his R6 title from London 2012 after having clinched the R8 - men's 50m rifle 3 positions SH1 gold medal on Friday.

Germany’s Natascha Hiltrop, who has a gold in R3 and a silver in R8 from the Games in Japan, would be hoping to end on a high note, as does India’s 19-year-old Paralympic gold medallist in R1, Avani Lekhara. She also took the bronze in the R8 event.

Another youngster, Ukraine’s 21-year-old Iryna Shchetnik, who already has two bronze medals from the Games, would be hoping to move a step ahead in the category.

South Korea will be resting their hopes on Park Jinho and Shim Youngjip for a podium finish. Jinho already has a silver and a bronze (R3 and R1 events) in Tokyo, Youngjip claimed the bronze medal in the R7 event.

Also watch out for Great Britain’s Matt Skelhon, the London 2012 bronze medallist in the category, who has double World Championships titles in R6 at the Sydney 2019 and Suhl 2014 Worlds; Serbia’s Laslo Suranji, the Rio 2016 bronze medallist, and veteran Israeli Doron Shaziri, who has five silver medals from Paralympics with the last one coming at London 2012.

China tops the medal count in shooting with four golds and six podiums followed by Serbia and India with two golds each.