Record number of broadcasters for Buffalo 2015 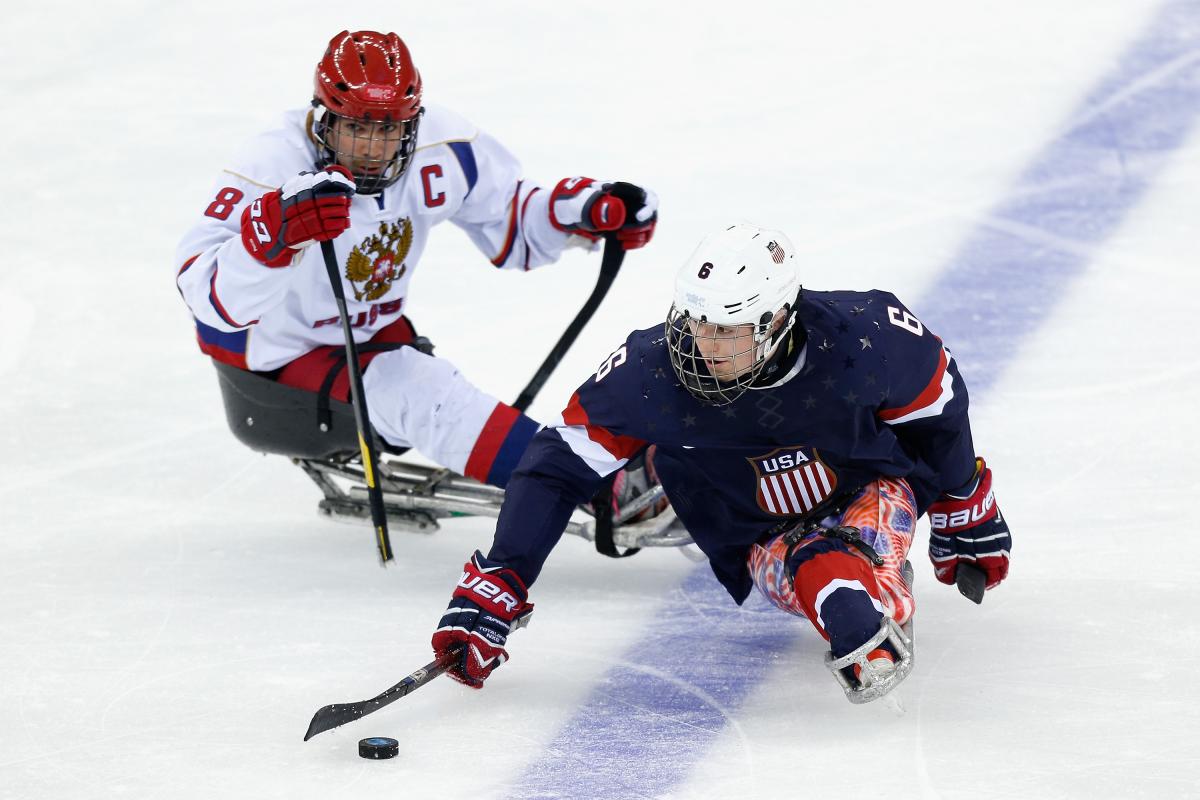 The USA's Declan Farmer takes the puck ahead of Russia's Dmitry Lisov in Group B action at the Sochi 2014 Paralympic Winter Games.

A record six broadcasters from eight of the countries competing at the 2015 IPC Ice Sledge Hockey World Championships A-Pool have confirmed that they will show live coverage of the competition, which gets underway on Sunday (26 April) in Buffalo, New York, USA.

Five more broadcasters from Italy, Russia, Canada, Japan and Germany have joined the USA’s NBC Sports Group in confirming their coverage of Buffalo 2015, the most number of broadcasters ever to cover an IPC Ice Sledge Hockey World Championships.

The announcement follows NBC Sports Group’s coverage details of Buffalo 2015 in the USA, which will include 40 hours of coverage at NBC Sports Live Extra at http://stream.nbcsports.com/liveextra/ and live coverage of the gold medal game on 3 May at NBC Sports Network.

The full schedule for Buffalo 2015 is available at Buffalo2015.com/schedule.

News and live coverage from all games at CBCsports.ca

Live coverage of all of Russia’s preliminary round games (except Russia v Germany on 29 April, which will be delayed), semi-finals and medal games, on KHL TV at: http://tv.khl.ru/

Live coverage of all Japan games online at: http://vod.skyperfectv.co.jp/program_detail.php?PI=14507

Live coverage of all games online at: http://sportdeutschland.tv and http://www.deutsche-paralympische-mannschaft.de

The commentary team at Buffalo2015.com will feature retired three-time Paralympian and member of the gold-medal winning US squad from Sochi 2014, Taylor Lipsett. He will joined by Brent Pope, who voiced ice sledge hockey at Torino 2006 and Sochi 2014.

Group A matches will also take place between reigning champions Canada and Japan whilst the Czech Republic will face Norway.

Live results, news and statistics will be available at Buffalo2015.com/schedule. 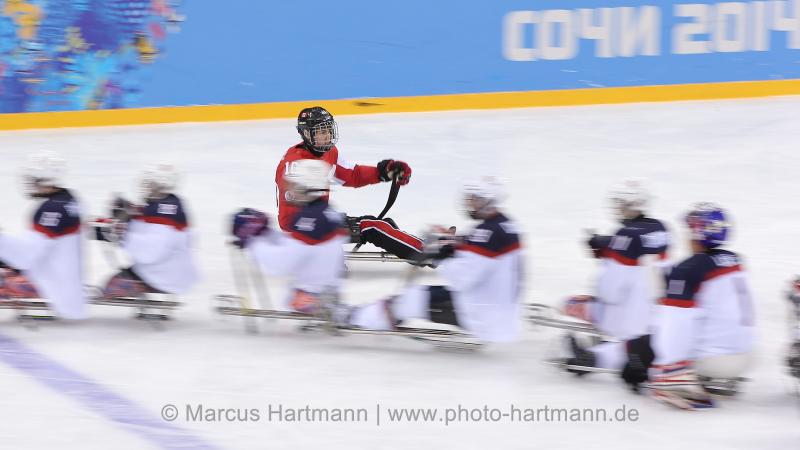 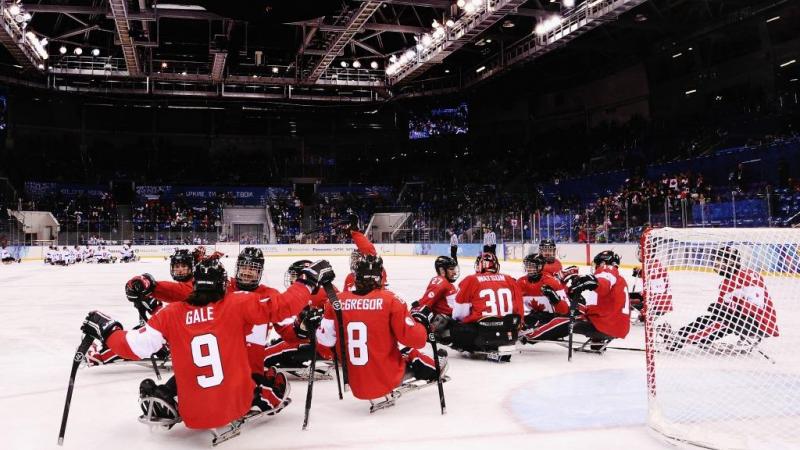