Swiss domination at the 2021 Berlin Marathon Manuela Schaer and Marcel Hug made it a Swiss double in wheelchair races at the 46th edition of the Berlin Marathon on Sunday (26 September) in Germany.

It has been an amazing year for both Swiss stars, as Hug claimed four gold medals at the Tokyo 2020 Paralympic Games, including one in the marathon earlier this month; while Schaer bagged her first two Paralympic titles in Japan adding three silver medals to it - one of them in the marathon.

For Schaer, Sunday’s triumph was her fifth consecutive Berlin Marathon victory. She clocked 1:37:31 followed by USA’s Tatyana McFadden (1:38:54) in second and Brazil’s Aline Rocha in third (1:41:39).

Hug finished the men’s wheelchair race in 1:24:03 with USA’s Daniel Romanchuk taking silver (1:24:47) and bronze for Canada’s Brent Lakatos (1:29:54) – one second ahead of fourth place Johnboy Smith from Great Britain.

“It was such a beautiful day to race a marathon and quite exiting to be back,” added Tatyana McFadden, who will also be racing in the British capital on 3 October.

Ethiopia dominated the able-bodied races with Gotytom Gebreslase taking the women's title on her debut marathon in 2:20:09 and Guye Adola clinching his first marathon victory in 2:05:45 topping a podium sweep for his country.

Complete results can be found on the Berlin Marathon official website. 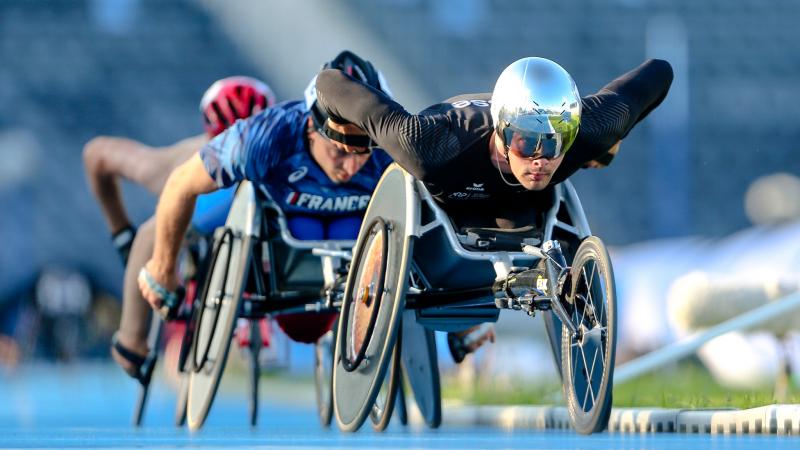