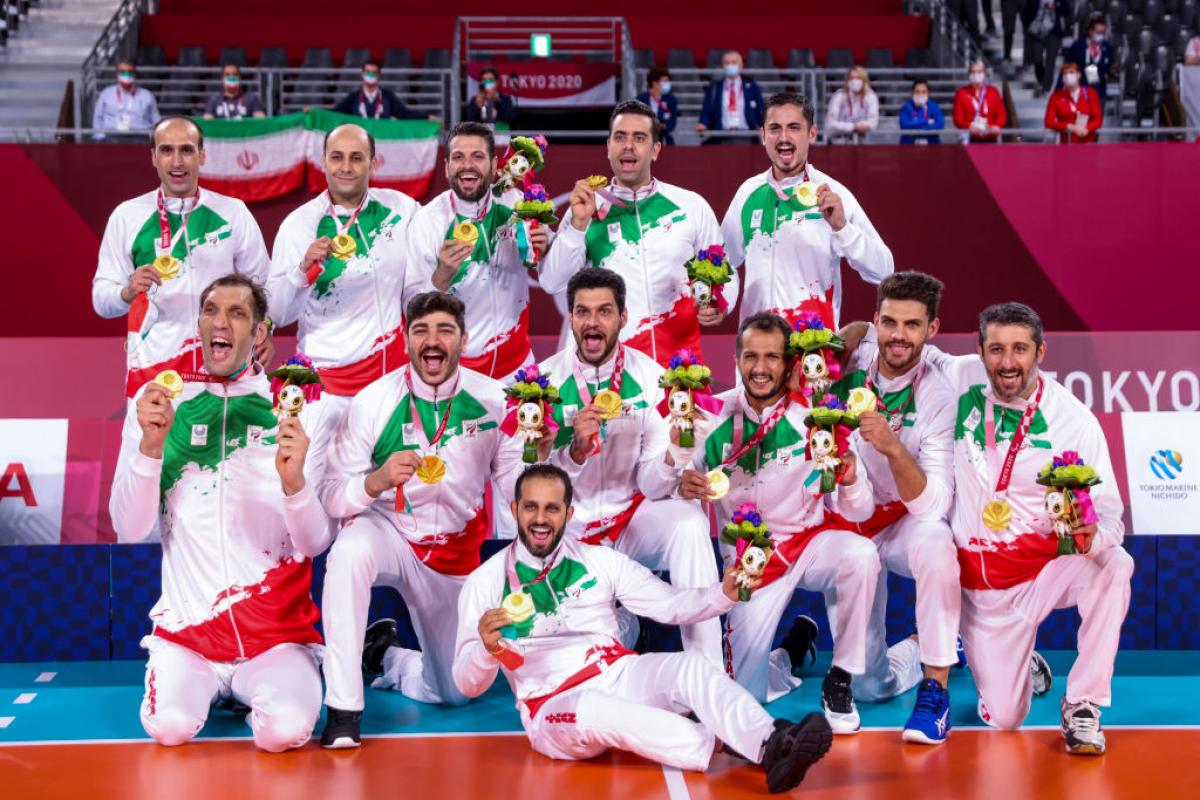 Iran and USA came out with terrific performances to clinch their second consecutive Paralympic gold medals as thrilling contest was underway over 10 days at Makuhari Messe Hall.

Iran men maintained their invincibility clinching their seventh title, second in a row, after a 3-1 win over Russian Paralympic Committee at Makuhari Messe Hall. RPC rallied back in the third set with a 25-19 win but couldn’t maintain the momentum thereafter only to falter against the Iranians.

What sets the Iranian apart are their Unity and Determination to continue the momentum.

Ramezan Salehihajikolaei, who has been part of Iran’s team in five Paralympic Games since Athens 2004, highlighted these factors adding that years of meticulous training also has been a key reason to their success.

More and more training, that’s how Iran team has picked up seven Paralympic titles making them the most successful nation in men’s sitting volleyball at Paralympics.

US WOMEN DEFEND TITLE AMID CHALLENGES

A resilient United States team left their coronavirus-hit preparations for the Tokyo 2020 Paralympics behind them to defend the women’s sitting volleyball title with a resounding 3-1 victory over arch rivals China.

Two members of the USA team had tested positive for Covid-19 during their pre-Games training camp, thus delaying the team’s arrival in Tokyo. In fact, some members of the team only entered the Paralympic Village the night before the first game as doubts surfaced whether they would be able to compete.

But USA took the court against Rwanda before avenging their defeat to China in the final. USA had lost to China in in their Pool match. They however regrouped after hours a sports psychology meeting to set a winning record in the rest of their games.

The Tokyo 2020 Paralympic Games turned out to be special one for Jasmin Brkic, who was the youngest player in the highly experienced Bosnia and Herzegovina side that defeated Brazil 3-1 in the men’s bronze medal play-off.

Brkic, who plays as libero for the team, felt his hard work finally paid off in Tokyo as he got to play a different role – being the hitter – contributing to the team’s win.

This bronze medal is going to be very special for him as he claimed, “It’s the crown of my career.”

MEHRZADSELAKJANI, HOLLOWAY THE MOST VALUABLE PLAYERS

Iran Spiker Morteza Mehrzadselakjani and United States captain Kathryn Holloway were named the Most Valuable Players of the Tokyo 2020 Paralympic Games after their stupendous performance at the Games steered their teams to back-to-back gold medals.

Mehrzadselakjani’s brilliant show at Tokyo 2020 made him the top scorer among the Iranians with a total of 80 points off 68 attacks, also making him the Best Spiker of the Games. In the final against RPC, he accumulated 28 points off 25 attacks.

Meanwhile, Holloway led the way for the USA with a total of 54 points in the tournament, 20 of which came in the final against China. The four-time Paralympian had recorded 36 attacks, 17 blocks and an ace across five matches.