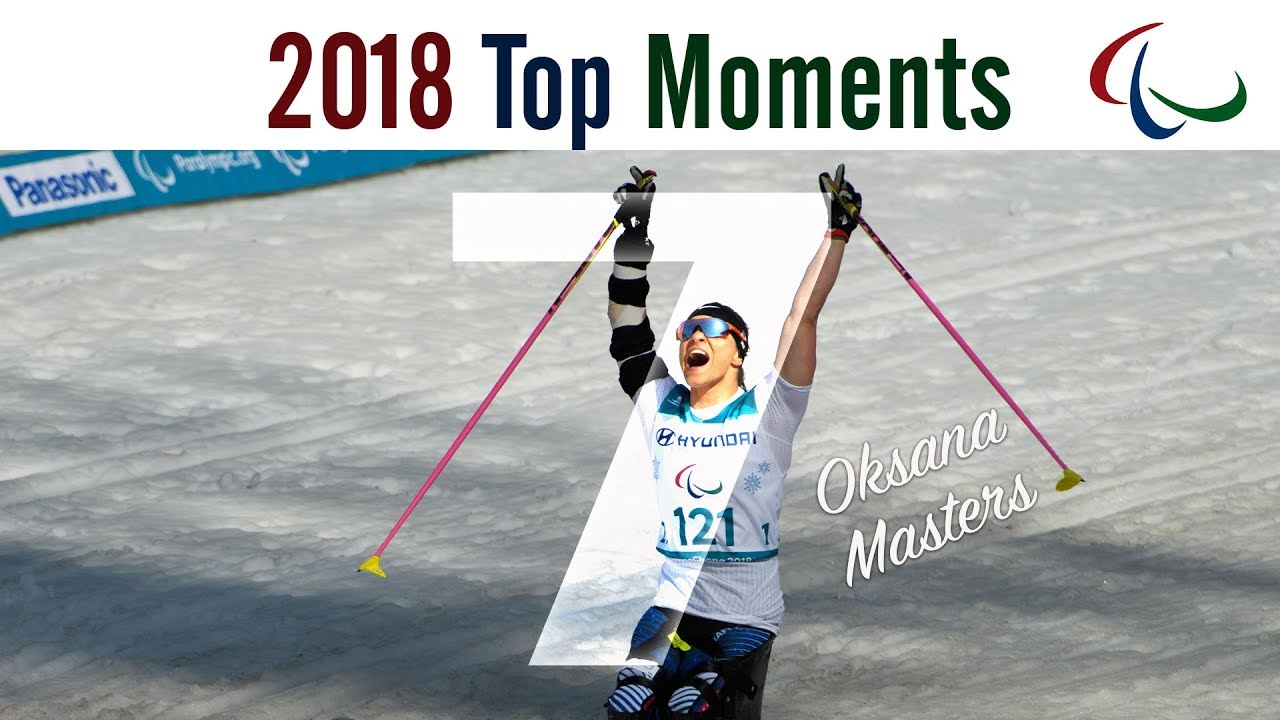 Oksana Masters dislocated her elbow just three weeks before the PyeongChang 2018 Opening Ceremony. Despite not having enough time to fully recover, the US Nordic skier still decided to go for her first Winter Paralympic titles.

And she delivered, winning two golds, two silvers and one bronze. Masters claiming her first Winter Paralympic titles despite her injury enters at No. 7 in the International Paralympic Committee’s Top 10 Moments of 2018.

“I had no idea what happened. It was a weird situation,” Masters recalled. “Firstly I was able to move it; within minutes it completely locked out. I could not move it, it was extremely swollen.

She was confident of topping the podium after a highly-successful World Championships in 2017, when she claimed a staggering four golds and one bronze.

But knowing she would not be able to race at her 100 per cent in PyeongChang was tough to swallow for Masters.

“I never thought about doing all events and then it was hard,” she explained. “I missed a lot of training, so I was just going in and accepting it as it was, but I was still going to try and fight as hard as I could with what I had.”

Masters could not reach the top of the podium in her first three events.

She had to settle for silver in the first biathlon race and bronze in the first cross-country race. Then disaster struck in the biathlon middle distance race when she fell and hurt her elbow again.

“That day was a rough day. I had to do one of the hardest things and something I don’t believe in, quitting a race.”

“I definitely started to doubt myself,” she continued. “I thought this might not be the Games I had been hoping for.”

But everything changed from the women’s cross-country sprint sitting on, claiming the first of her gold medals. “I couldn’t believe it. All the emotions hit me at once. It was an absolutely amazing feeling. I never thought it was going to happen.”

She followed that up with silver in the biathlon individual and a second gold in the cross-country middle distance.

“I was so happy with my first medal of the Games, the silver in the biathlon. And then to have a silver and a bronze. And then two golds. It was insane, cannot put it in words. It sounds cliché but it was a dream come true.”