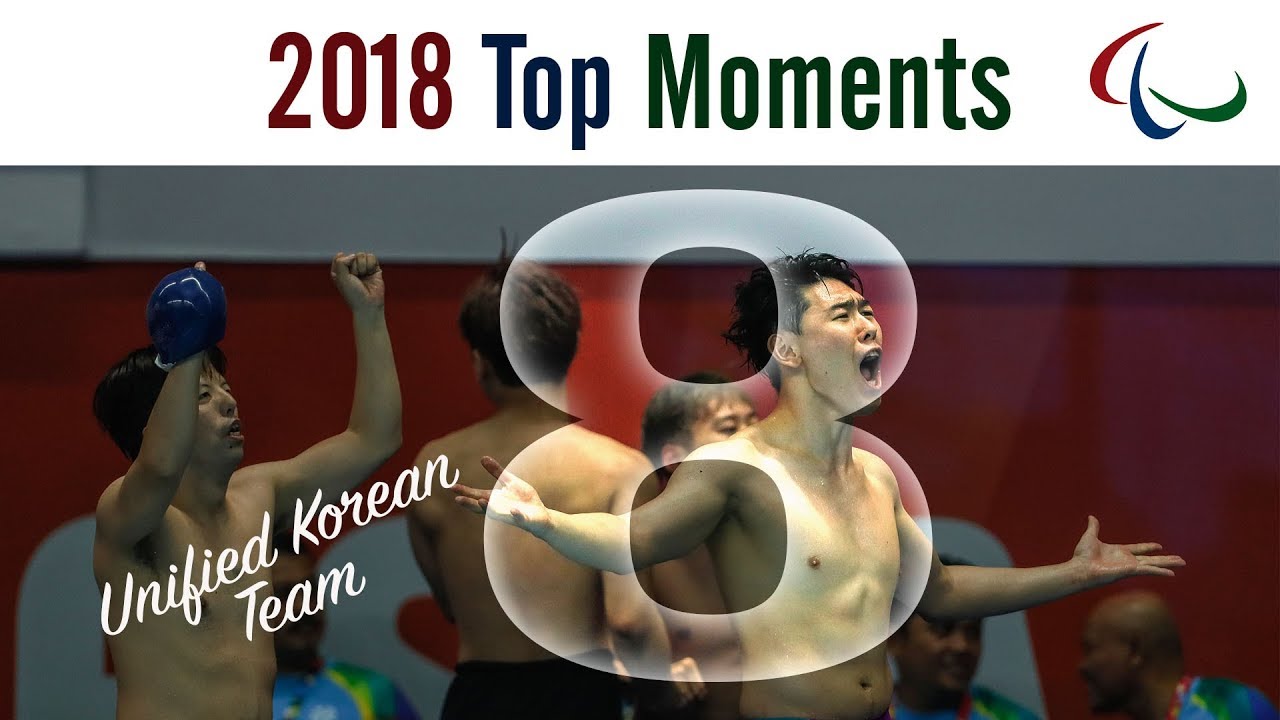 In a display of unity, South Korea and North Korea marched together at the Opening Ceremony of the 2018 Asian Para Games in Jakarta, Indonesia. This was the first time both countries competed under a unified flag at a Para sport event.

The Unified Korean Team competing at the 2018 Asian Para Games comes in No .8 in the International Paralympic Committee’s Top 10 Moments of 2018.

Around 100 South Korean and 20 North Korean athletes competed in the team, with a flagbearer from each country carrying the Korean Unification flag under the name Korea. The anthem used was ‘Arirang’, a traditional piece of folk music from the 1920s.

They also wore a uniform featuring the same flag.

When the Asian Para Games kicked off, they competed as a unified team in three events: one in swimming and two in table tennis. In the rest, they competed separately.

The highlight was the swimming competition, with the Unified Korean Team claiming an historic bronze in the men’s 4 x 100m freestyle relay 34 points on 8 October.

With Japan and China battling out for gold, the Unified Korea team comfortably held third place on every leg. Japan touched in first, followed by China in second and Unified Korea in third.

But the competition did not end there. Japan were initially disqualified, with the Korea team being pushed into second for a brief time. But after a protest, Japan were reinstated, and the Unified Korean Team were awarded bronze on a memorable night.