Tunisia’s Paralympic track and field stars laid down their markers ahead of November’s World Championships with impressive wins on the opening day of competition at the Tunis Grand Prix on Friday.

Multi-Paralympic and world champion Walid Ktila was the first of the host nation’s top Para athletes to make his mark in the north African sunshine, powering home to a straightforward win in the men’s 100m T34.

The 33-year-old has chosen to only race the 100m in Tunis – he broke the 100m and 200m T34 world records in Arbon, Switzerland, last month, so is clearly confident over those distances – and he was pleased with his performance.

“After my world records in Arbon, I know I will keep getting faster,” said Ktila, who also topped the individual medals table at the last two World Championships.

“Now I’ve finished the 100m that’s enough for now, but I will keep trying to do my best every time. It’s not easy to keep my place at the top; there is pressure, but I always try my best. Next I will go to the Grand Prix in Poland next month.”

Out in the field, Raoua Tlili once more dominated the action in the women’s shot put F40/41, her best of 10.29m coming in the fourth round. The 29-year-old believes she is well on track to claim her seventh world title.

“I got the win but I didn’t make a world record today - but I know I am ready to pass the record soon. I work hard all the time to keep being the best every year. I hope to have more gold medals at the World Championships – and the world record,” said the four-time Paralympic champion.

Like Tlili, Iraq’s Garrah Tnaiash also dominates his shot put event – he won gold at Rio 2016 as well as the last two World Championships. The 28-year-old notched up another win in Tunis, throwing 10.28m – the only Para athlete over the 10-metre mark.

“I came to Tunisia to prepare for the Word Championships and I feel happy and prepared. I hope to win another gold medal in Dubai. My success is for everybody in Iraq,“ said Tnaiash, who set the current world record of 10.88m at last year’s Asian Para Games in Indonesia.

Too close to call

Back on the track, and the 100m dominated the action, with Turkey’s T53 athlete Hamide Dogangun (17.91) and her T54 teammate Zubeyde Supurgeci (17.82) both impressing.

Rounding off the action on the track on day one was home favourite Yassine Gharbi (1:38.96), who cruised home to win the men’s 800m T34/54. The 29-year-old wheelchair racer has his sights set firmly on retaining his two world titles from London 2017 – the 200m and 400m T54 – as well as adding further global titles to his collection in a highly competitive class.

“My objective is of course the World Championships and I hope to win four golds this time, I’m ready to do that!” he said.

The Tunis Grand Prix, which features around 350 athletes from over 40 countries, continues until Sunday. 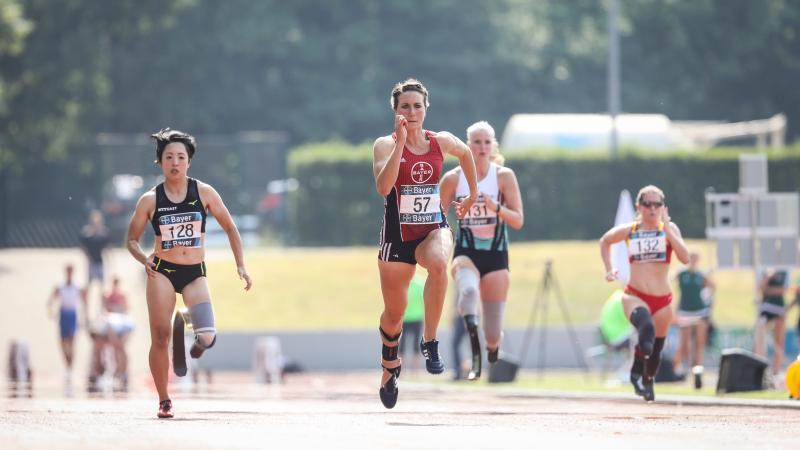