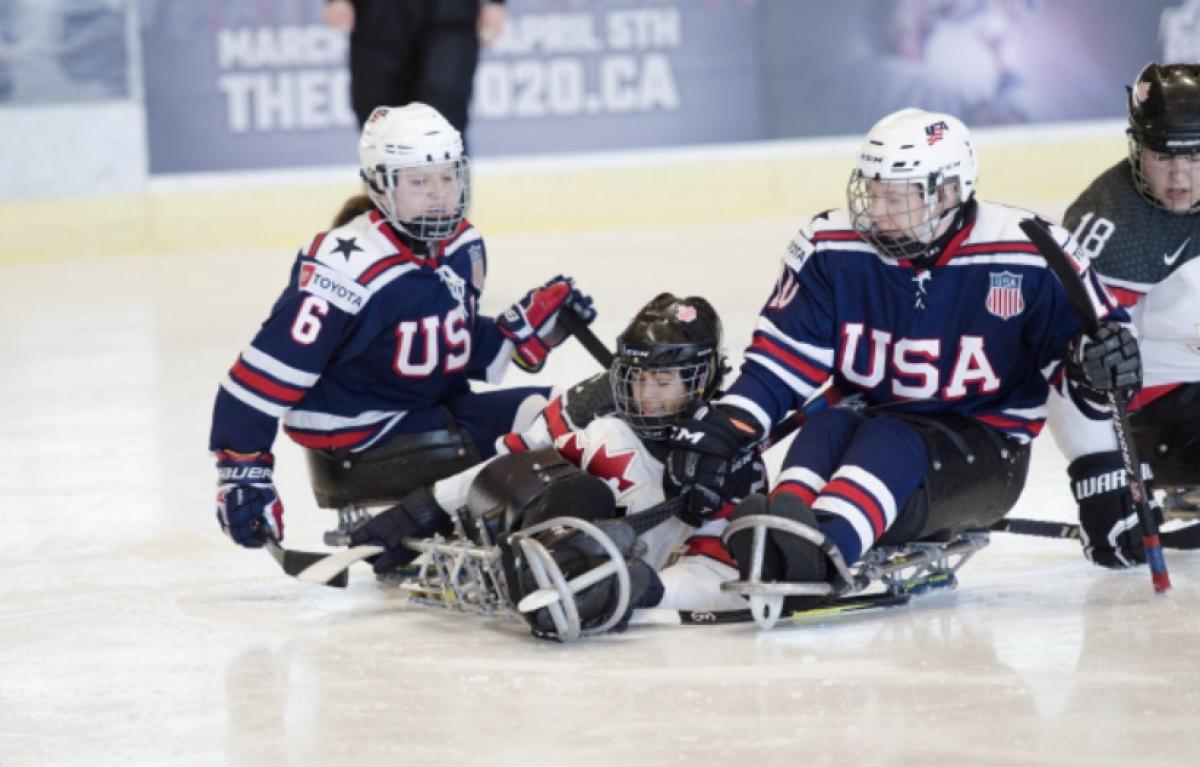 The USA won two of three Para ice hockey games against Canada last weekend in the Women’s Showcase Series, including the final match in a thrilling penalty shootout.

Taking place at the Richmond Olympic Oval, the series celebrated the 10-year anniversary of the Vancouver 2010 Games and was part of a larger project funded partially by the Hockey Canada Foundation called ‘The TrailblazeHERs Project – Growing Female Para Hockey.’

Canada came out charging in the first contest of the weekend with a 3-2 victory, backed by two goals and an assist from their captain Christina Picton and a score from their assistant captain Nandini Sharma.

The USA battled back in the second game of the series to win 3-1, as Erica Mitchell, Catherine Faherty and Kelsey DiClaudio all found the net.

In the final game, with the score tied at one apiece after regulation and overtime, Faherty and DiClaudio both converted on their penalty shots to secure the victory for the Americans.

Earlier this month, World Para Ice Hockey had announced it is setting a target to conduct an inaugural Women’s World Championships in October 2021, with the ultimate goal of adding women’s Para Ice Hockey to the Paralympic Winter Games programme.