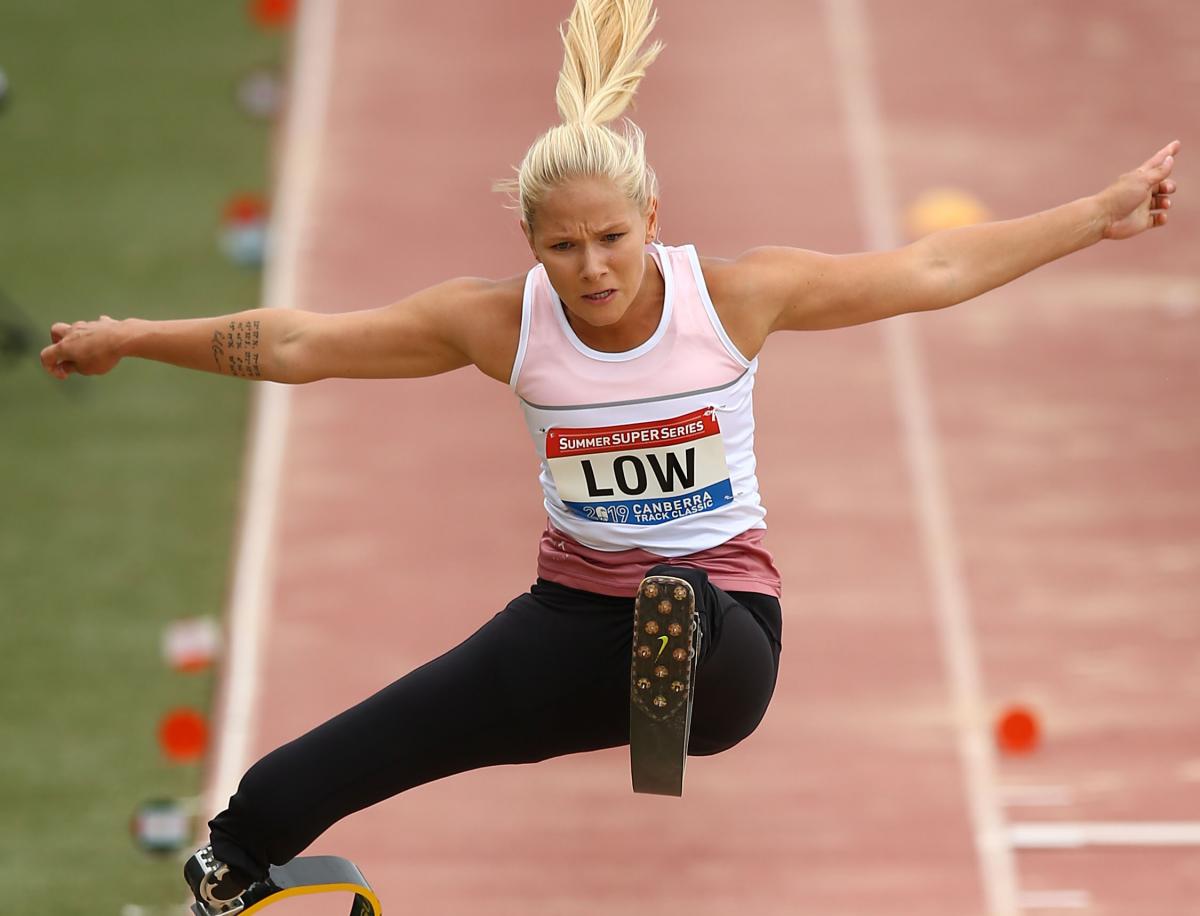 The scene is set for a terrific season of Para athletics as three world records* fell on the first day of competition at the season-opening Dubai Grand Prix on Sunday.

The 28-year-old Paralympic champion leapt a massive 5.05m with her second jump of the day – the first in her class to go beyond the five-metre mark.

“I’m returning to international action after a long time and it feels great,” said Low, who took two years out from competition in order to recover from a back injury she suffered in the build up to the Rio 2016 Games.

“I have worked a lot on my consistency. Reaching the five-metre mark was like impossible a decade back, but I am happy to get it right at the start of the season.”

There was another world record in the field thanks to F45 javelin thrower Irina Tychshenko, who threw 21.65m.

Records continue off the field

There was a new world record on the track too for Tunisia’s Walid Ktila.

The multiple world and Paralympic champion clocked 14.62 seconds in the men’s 100m T34 to reclaim the record from Australia’s Rheed McCracken (15.29), who had to settle for second place.

“It feels great. I am very happy. I have worked hard during my training. I will aim for another world record at the World Championships,” said Ktila, who knocked 0.18 seconds of McCracken’s previous best.

“It feels great to get a gold with just two weeks of training. I haven’t been training regularly because of a shoulder niggle since last March. It is big confidence booster for me going ahead in the season,” said the 24-year-old.

Australia’s world silver medallist Angie Ballard (17.06) took first place ahead of Turkey’s Hamide Dogangun (17.41) in the women’s 100m T53, although victory did go Turkey’s way thanks to Zubeyde Supergeci (16.53) in the T54 event.

Germany’s Lindy Ave (27.79) has been in winning form in nearby Sharjah already this week and she continued to impress with victory in the women’s 200m T37/38.

Back to the field, and the men’s shot put F40/41 went to form as Paralympic champion Garrah Tnaiash (10.18m) claimed gold.

It was a similar case in the women’s event - Tunisia’s multiple Paralympic and world champion Raoua Tlili (9.40m) finished nearly two metres ahead of her rivals and remains the one to beat in her class.

Competition continues through to Wednesday (27 February) and full results from the Dubai Grand Prix can be found online each day.