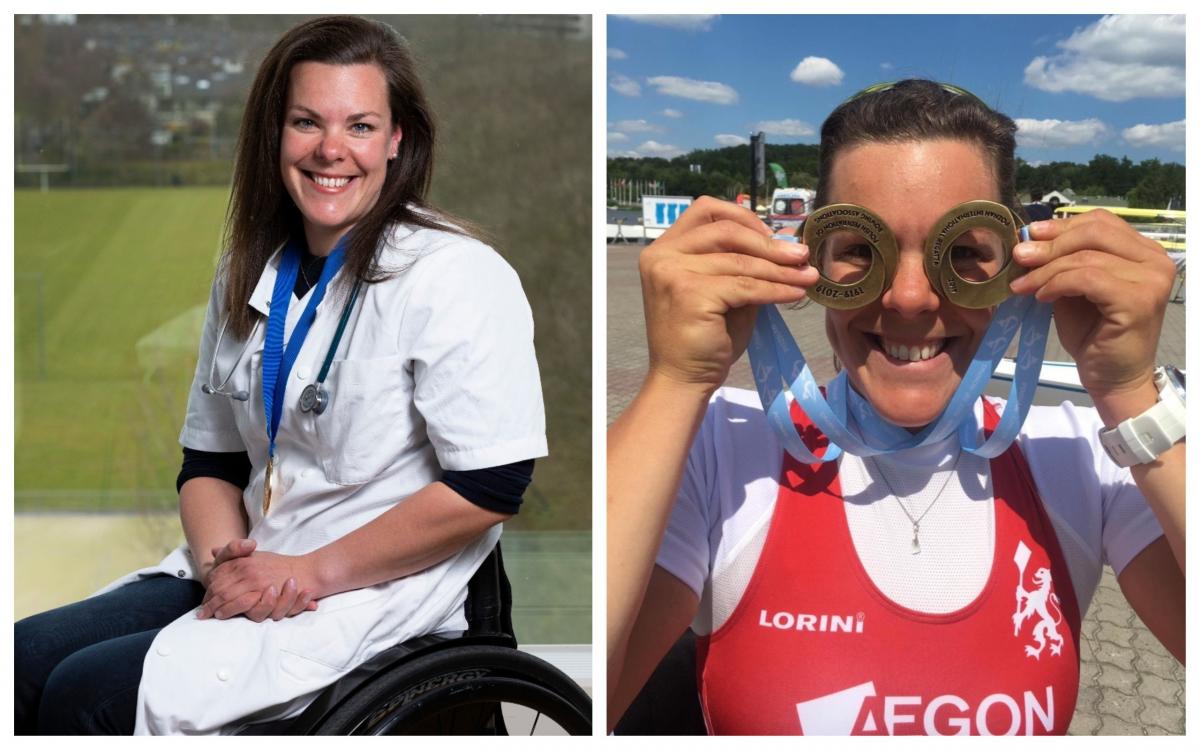 Annika van der Meer is on standby, waiting to be called in to support the healthcare workforce during the coronavirus pandemic that delayed her Tokyo 2020 Paralympic dreams.

The Dutch rower has put aside her identity as a double world champion.

Right now, she identifies as a doctor. Yes, she “really, really wants a gold medal” at the Paralympics. But, for now, the 34-year-old felt a stronger calling to help at hospitals that have been overwhelmed by the rising cases of COVID-19.

“When the pandemic was really picking up, I was like, ‘I just want to work,’” said van der Meer, who wishes to specialise in pediatrics and oncology. “It’s just bigger than being a professional athlete. For me, first I’m a doctor. Second, I’m a rower.”

That revelation was evident on 24 March, when the Tokyo 2020 Paralympics were official postponed. Van der Meer was at a training camp in Spain. Social distance measures were already implemented, meaning she could not row in the same boat with partner Corne de Koning, the dominating tandem in the PR2 mixed double sculls (PR2 Mix2x). Instead, they had to row in singles boats, with their coach blaring instructions while cycling alongside the channels. National training centres were  also closing.

It all felt odd.

That is why the morning of 24 March, she “felt like I didn’t have motivation.”

“I said to my coach, ‘I don’t feel like rowing. I feel like I want to work in a hospital,’” she recalled. “So, I didn’t go into my boat that day and I went back and contacted the pediatric oncology hospital (in the Netherlands). They had previously asked me if I wanted to help there, and so I contacted them and I said, ‘Yes.’ And then news came that the Games were postponed.”

Van der Meer graduated from medical school in December and is a resident pediatrician (ANIOS kindergeneeskunde in Dutch). She was planning to retire after Tokyo 2020 and become a full-time doctor, buy a house, and much more.

“The whole life got on a sudden pause, and there’s also nothing (sports-wise) this year; there are no goals. No races,” she explained. “We’re still in the ’You can do what you like’ phase, which is good because it’s hard to find motivation when you’re at this point where ‘OK, I don’t know what I’m doing it for right now.’”

To stay fit, she rides her handcycle, trains on her indoor rowing machine and goes to the sand dunes by the sea near her house.

She also applied to help out at different hospitals and recently attended a training session. At the moment, the biggest demand is for nurses and there have been few children with COVID-19.

“In the Netherlands the kids aren’t really affected,” she described. “There are, of course, a few cases but it’s not more than they can handle.”

Van der Meer remains closely connected to the medical community and is aware of how the virus is impacting her home country. She said the ICU (intensive care unit) is operating four times more than usual, but comparatively seems in control than other hard-hit nations.

“I think the virus is not well understood yet and I think it’s very reasonable that we have these (social distance) rules in place and we’re trying to be careful,” she said. “It’s a new virus. We need to understand it better and I don’t think we’re there yet to really understand it.”

Becoming a doctor tougher than becoming an athlete

Van der Meer wanted an anatomy book for Christmas when she was six and since then knew she wanted to be a doctor. She also wanted to go to the Olympics.

“Those were my childhood dreams,” recalled van der Meer. “I was into alpine skiing and, which as a Dutch person, probably would not have brought me to the Olympics. But at that time I still had hopes.”

A skiing accident and follow-up complications tarnished her Olympic hopes. She tried Para alpine skiing, and in 2015 switched to Para rowing, where she and de Koning won back-to-back PR2 Mix2x world titles in 2017-2018. They fell short of a triple in 2019 to Great Britain’s Lauren Rowles and Laurence Whiteley.

Van der Meer admitted it does not compare to her journey to become a doctor.

“I had to take more hurdles than becoming a professional athlete,” she said. “I finished my bachelor’s degree, and that was not problem because I was mostly in school and doing lectures. Then I started my internship, and there you have rotations and specialties. The surgical department which would have been my second rotation, but they said, ‘No,’ that I can’t come. And if you can’t come, you can’t pass. And if you can’t pass, then you can’t graduate. That got me very mad.”

It took difficult, formal talks with the surgical department to convince them that despite being in a wheelchair, she could still do what she needs in the rotation to learn about surgeries. Anyway, she did not want to be a surgeon. She wanted to work with children and in oncology.

“I did convince them that I could do it and I ended up getting an 8/10,” she said. “I learned everything I needed to learn from that specialty. I needed to be creative.”

“I like how kids handle disease and look at disease, especially the younger kids,” she continued. “As soon as they feel better, they just go.

“Kids, they like me. They like to push me in my wheelchair. They see me and say, ‘Oh why are you in a wheelchair?’ I say to them, ‘Well my legs aren’t really functioning.’ And they say ‘OK.’ And it’s all.”

“I think that it’s the most important thing to tell the kids — rather than winning medals, it’s more important to reach your highest and accomplish your dreams.

“If you have a disability, you should not accept ‘no’ easily. You should think, is there another way that I can do it?” 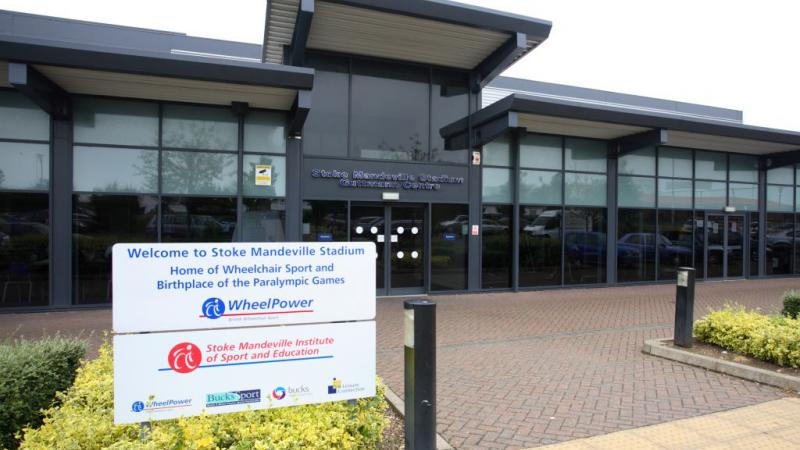