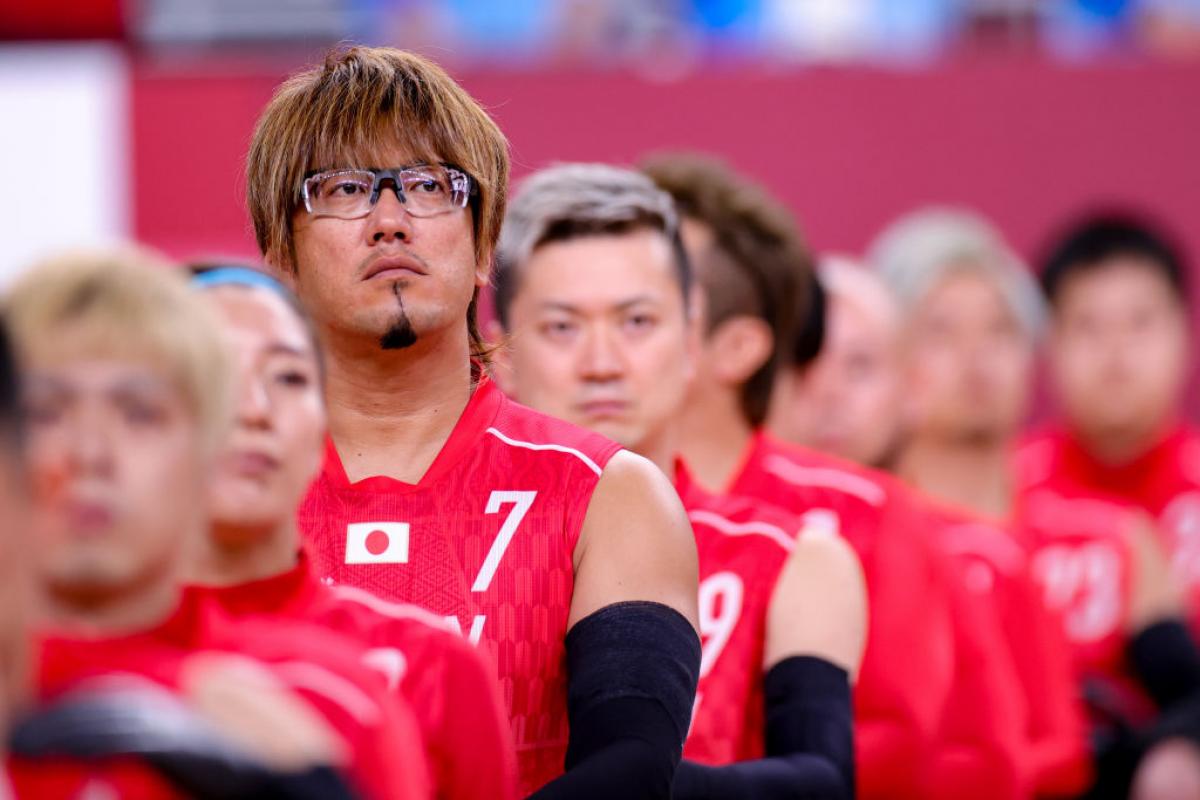 Japan’s Daisuke Ikezaki tried to lighten up the situation with a joke. But when reflecting more on the question about his current emotions, he put his head down for a long minute.

Then he looked up, his eyes filling with tears. His wheelchair rugby team, highly expected to be Japan’s biggest pride of their home Tokyo 2020 Paralympic Games, had just surprisingly lost their semi-final game against Great Britain on Saturday (28 August).

“I just feel sorry that we lost the game today. That is it,” the 43-year-old said in between long pauses.

Then after upsetting the Rio 2016 gold medallists Australia to take the 2018 World Championship title – also a first – the golden expectations were cemented for their home Paralympics in Tokyo. So on Saturday, Ikezaki felt like he let down his home country with their tireless efforts to ensure to host the Paralympics despite the pandemic. It would have been Japan's first Paralympic title in the sport.

“We feel sorry because everyone did their best to host a Paralympics during the whole COVID situation but we couldn’t quite meet those expectations, and that is the thing I really feel sorry about,” said Ikezaki, who saw the national team come a long way since his Paralympic debut at London 2012.

“We really know about the expectation of Japan on our team and I wanted to delight them. But we couldn’t do it today.”

Great Britain have emerged as the dark horses at Tokyo 2020. The squad finished fifth at Rio 2016 and have seen plenty of success at the regional level, coming into Tokyo as the 2019 European champions. But they have struggled to break into the top three that has been occupied among Australia, USA and Japan.

The British held a slim lead throughout the first half of Saturday’s semi. Then a flagrant foul called on Japan’s Ike Yukinobu in the third quarter forced the side into a penalty situation that they never seemed to rebound from. Ikezaki committed a defensive foul afterward, and the British side had three straight steals that saw them go up 35-29, a deficit too difficult to overcome in the sport.

And Japan knew it, looking demotivated in the final quarter and eventually falling 55-49.

“(The steals) were a little bit of a shock,” said Jim Roberts, who finished with 30 tries for Great Britain. “There were a couple of errant passes from them which were really uncharacteristic. They haven’t played a game in so long, so maybe there was a little rust on that team.

“But nothing to take away from them. They are a class act, they are world champs for a reason,” Roberts continued. “We showed that we were able to play at our pace and not let them dictate the way they wanted to play.”

After the game, Ikezaki stayed on the court a bit longer with his coach saying a few one-on-on words to him, that there was still something to play for.

“He said we have a great big tomorrow (29 August),” Ikezaki said.