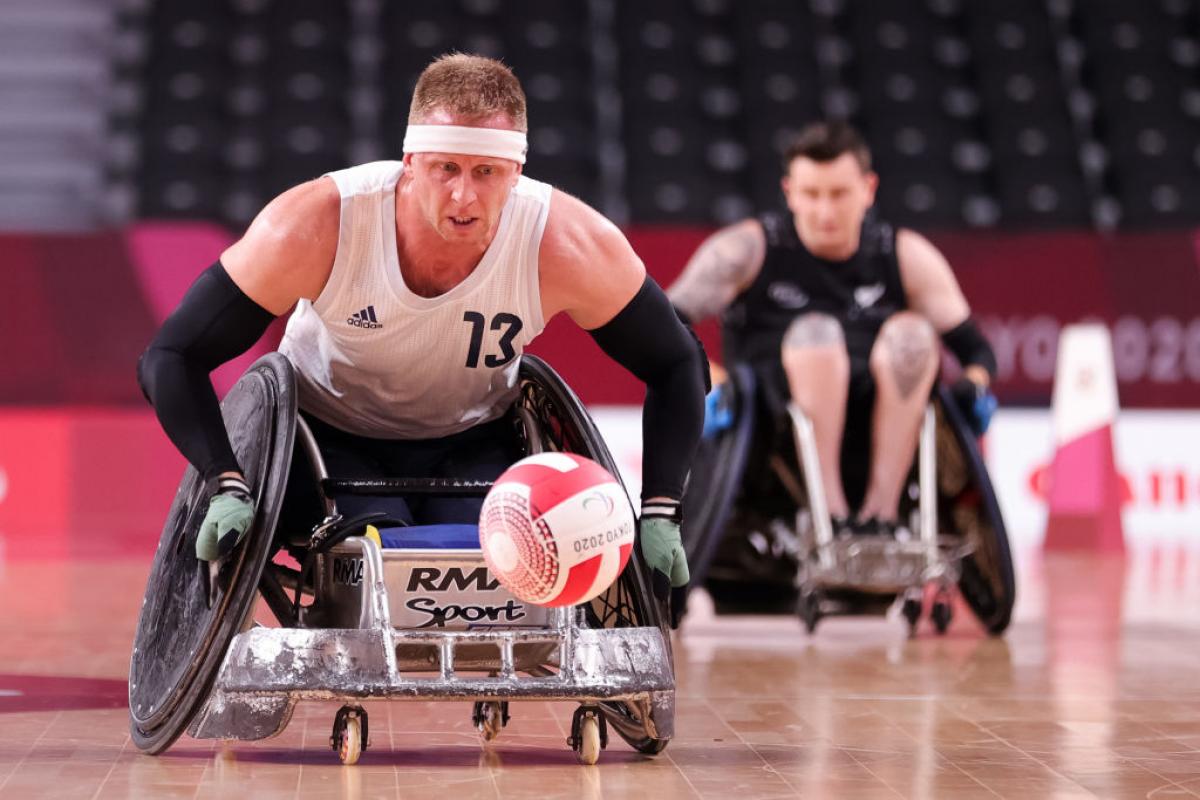 When you are planning to become the first person in the world to scale Africa’s highest peak by wheelchair, there are better places to prepare then on a grassy hill only 36 metres above sea level in southern England.

Great Britain wheelchair rugby player Aaron Phipps found that out to his cost after scrambling to the summit of Mount Kilimanjaro in Tanzania on his hands and knees in 2016 when a wheelchair adapted for the task proved not up to the job.

“The idea was I wanted to be the first person in the world to get to the top in a wheelchair, and the information we had said it was doable,” Phipps told the Olympic Information Service.

“I went up and down Bolton’s Bench in the New Forest about 50,000 times, and then when we got to Tanzania it was apparent that the wheelchair was never going to cope.”

Phipps was expecting to need three hours in the chair to reach the first camp on day one, and it took more than twice that time. The second day was even worse: a 10-and-a-half hour slog to camp when he was only forecast to take five.

“They said, ‘we’ll have to carry you’ and I said, ‘No you won't’. I ended up crawling on my hands and knees 10 kilometres a day for four days to get to the summit.

“At the top, I was just relieved it was over and sending WhatsApps home. It’s crazy on the top of a mountain, you get a really good phone signal.”

Even though Phipps wore special knee-pads and gloves, the gruelling climb up the 5895 metre-high peak left its marks on his body.

“I’m an amputee so I haven’t got the best legs as it is anyway, so I wasn’t too worried,” he said.

The former wheelchair racer was raising money for the Meningitis Research Foundation - a charity close to his heart ever since he had the lower parts of both legs and some of his fingers removed following a diagnosis of meningococcal septicaemia in his youth.

“Becoming poorly when I was 15 makes you very aware of your own mortality,” Phipps said. “I’m not very good at just sitting still, so I think no matter what I’m doing in my life, I’ll always have a goal.

“I’d love to say it had always been my goal to climb a mountain but that’s not the case. They said, ‘Do you fancy it?’ and I literally just said, ‘Yeah, alright then’.

“It kind of spiralled from there. It was a bonkers idea that just went off really.”

Phipps is now within touching distance of a gold medal at Tokyo 2020 Paralympic Games after Britain defeated Japan to reach the final.