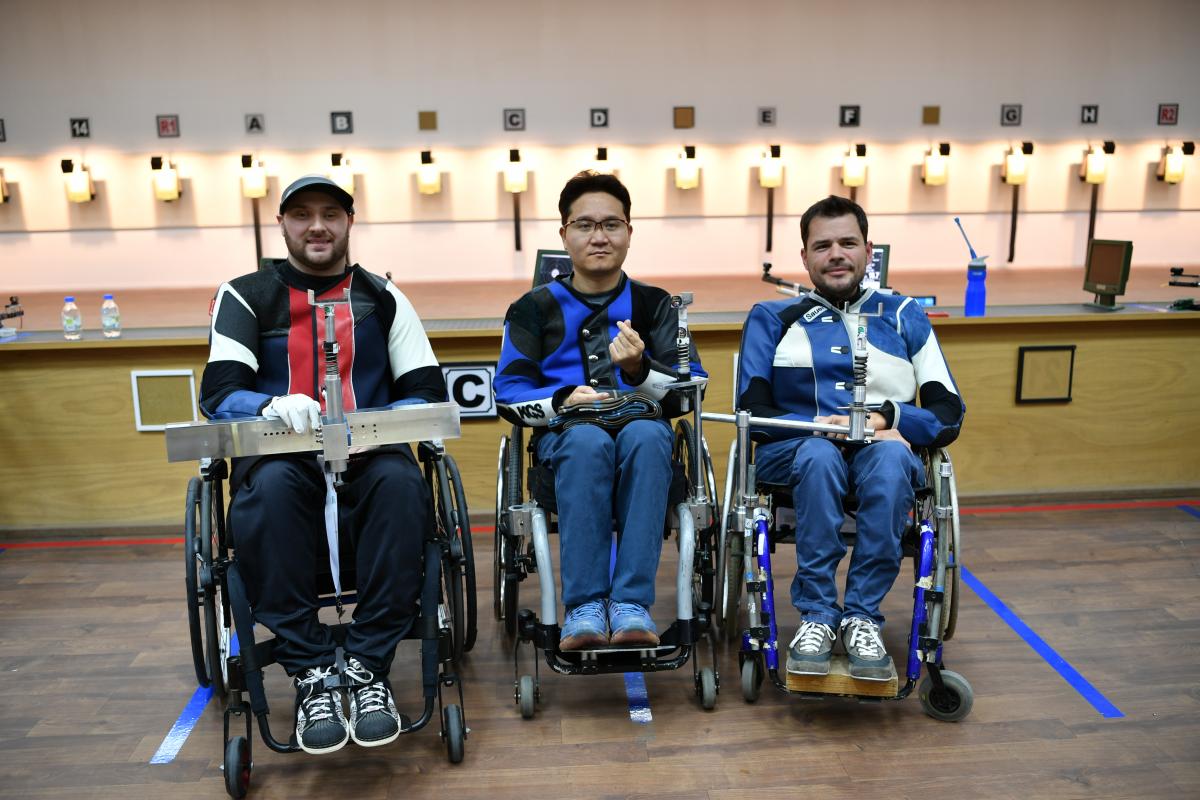 His last gold medal had also come at a World Cup in Bangkok in 2017.

Kim, the Rio 2016 silver and bronze medallist, overcame challenges from his closest competitors France’s Tanguy de La Forest and Ryan Cockbill of Great Britain to finish on the top with 252.4 points.

Tanguy, a former World Championship silver medallist, ended second on 251. 5 points, while Cockbill took the bronze medal and a quota for Tokyo 2020 with 229.2 points.

“I always believed in hard work. So, this gold is special and it has come after a lot of training,” said the 45-year-old, who has a gold medal from the 2014 Incheon Asian Para Games and two fourth-place finishes at Indonesia 2018.

“The training is still the same. Just that I am repeating the process more often and putting much more effort,” added the Gwangju-based shooter on his training regime.

Having finished on top in the qualification, Kim was lying in the fifth place after 10 shots in the final as Tanguy led the field.

With five shooters left, the Korean was even in the danger of elimination lying in the fourth place as the French shooter maintained the lead and looked set to take the title.

“There was pressure as the competition was quite close in the final. But thankfully I managed to shoot some consistent scores in the end,” said Kim.

Out of 20 shots of the 24 possible, Kim was level with Tanguy before he took the lead from thereon. He rode on his last six shots to grab the title.

Following the first title in 15 months, the South Korean is already aiming high for the Paralympic Games in Japan.

"This year is important as all the achievements will set the tone for Tokyo 2020 and I am aiming a gold at the Paralympics this time."