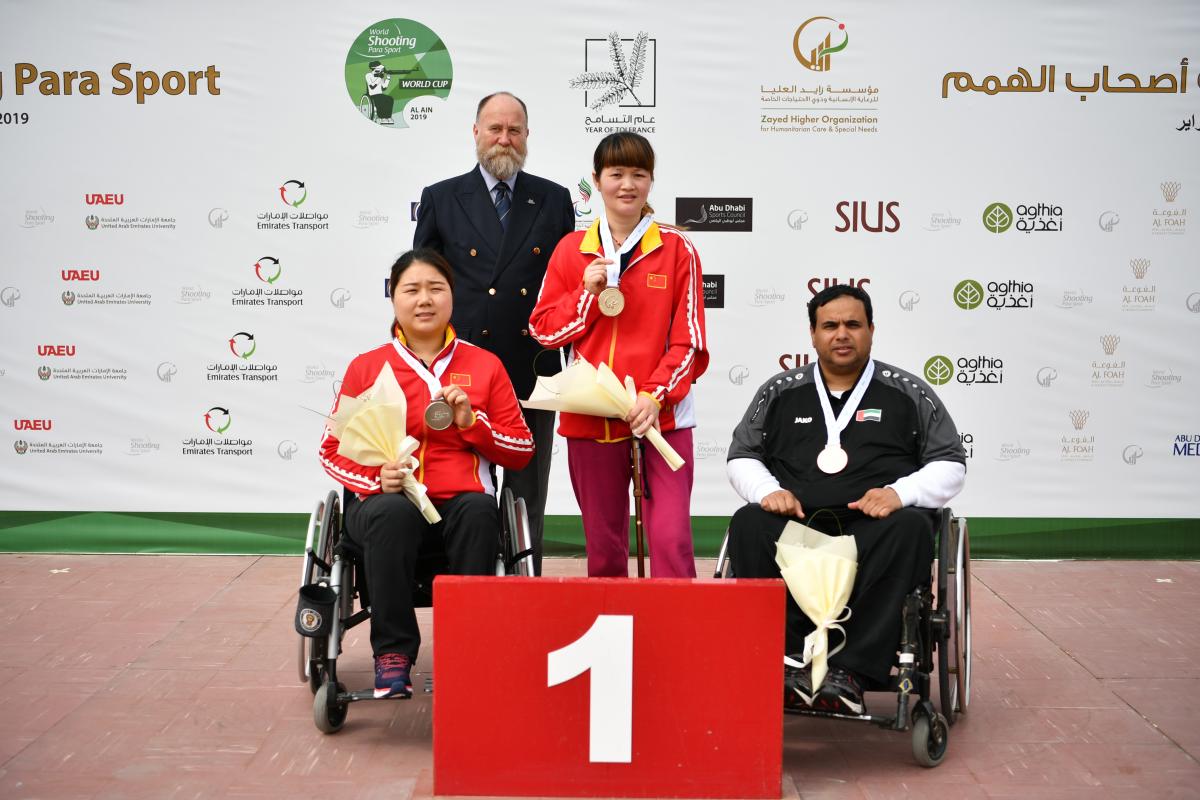 China’s Yan Yaping was one moment away from her first gold the at the Al Ain 2019 World Shooting Para Sport World Cup in the United Arab Emirates. Under pressure, the Rio 2016 bronze medallist looked very calm as she took her final shot that gave her the R6 (mixed 50m rifle prone SH1) title on Friday (22 February).

It was an impressive round for the 30-year-old. Prior to her last shot, she hit a bad 9.6. After, she took a deep breath, did not rush and finished with an incredible 10.8.

Yan’s last gold medal was at the Osijek 2018 World Cup. To make her achievement even more special, she had finished ahead of a star-studded field that had Paralympic champions Zhang Cuiping from China, Great Britain’s Matt Skelhon and local favourite Abdullah Alaryani.

Overjoyed about the result, the Indonesia 2018 Asian Para Games bronze medallist said: “I am very excited to win a gold. I have already secured a quota for Tokyo 2020 in R8 event so I was relaxed in the final today. Winning a title always gives you a lot of confidence. I am looking forward to the Sydney World Championships and Tokyo Paralympics, which is my main target from here on.”

The qualification round however did not go so well for Yan; she qualified in seventh place. But a few tips from one of the former coaches from Hunan Province did the trick for her.

Yan did not take much time to recover from that qualification round; she corrected her mistakes mentally and hit a series of 10s. She went on to take the lead in the second series of five shots.

From thereon, she maintained at least a two-point lead over the field which also saw Alaryani close on the heels of Yan throughout the elimination round. His shots of 10.2 and 10 in the penultimate series however fell short, and he was eliminated in the third place on 225.5 points.

It was disheartening for three-time Paralympic medallist Skelhon, who looked set to take a medal having qualified on top. However, a few low shots in the first and fourth elimination series meant he had to be content with the fourth place.