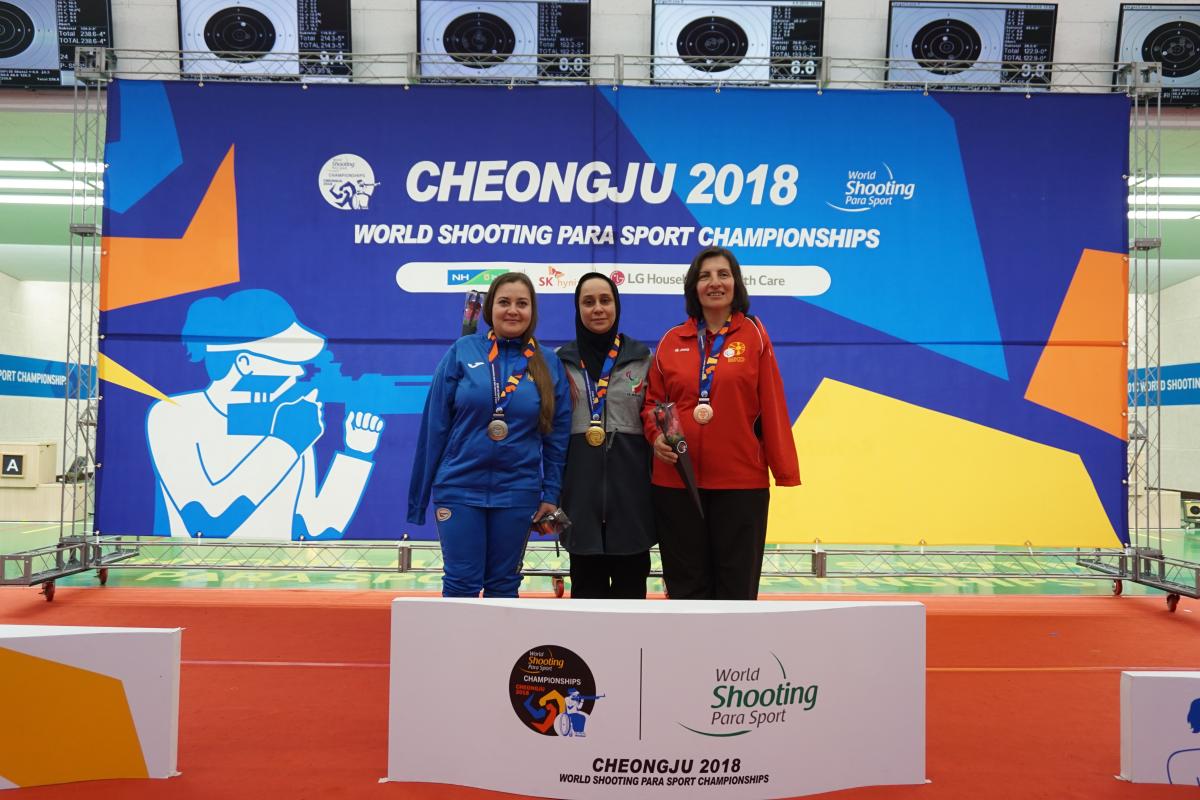 The 2018 World Shooting Para Sport Championships wrapped up on Friday (11 May) after eight days of action across 13 individual medal events.

Here are the top performers:

The Slovakian rifle specialist showed why she is one of the sport’s greatest. Over five Paralympic Games and four World Championships, Vadovicova has been consistent at the top with numerous medals. In Cheongju, she added a pair of gold medals to her collection, including a world record in the R3 (mixed 10m air rifle prone SH1). The 35-year-old had to settle for silver in the R2 (women’s 10m air rifle standing SH1). But she says this is only the beginning of the road to Tokyo 2020, her fifth Paralympics.

After two Paralympic Games and three World Championships, Cheongju 2018 was Alaryani’s most successful. He left with two individual medals – R6 (mixed 50m rifle prone SH1) and R7 (men’s 50m rifle three positions SH1). Alaryani had been a consistent podium finisher, but his only major gold medal was the R6 title at London 2012. His progression to a double world champion has been impressive, and maybe his most remarkable performance in Cheongju was the R7. Despite battling illness, he completely dominated from beginning to end, to win by more than 10 points, while other athletes struggled for consistency in all three positions.

Javanmardi came back twice to win her two titles in Cheongju, proving she is one of the top pistol shooters. The two-time defending Paralympic champion overcame a penalty deduction in the P2 (women’s 10m air pistol SH1) and was the only woman in the top five of the P4 (mixed 50m pistol SH2), beating the other four men to take gold.

China finished with seven total individual medals, including three different gold medallists. Chao Yang and Xing Huang were a dynamic duo in the pistol events, each winning a pair of gold medals, and Huang having a complete collection of colours. Xiaohong Bai gave China a gold in the rifle event. She was the one who topped Vadovicova in the R2.

The home athletes drew plenty of cheers from the crowds, with numerous athletes reaching the podium. In total, the hosts topped the medals table with eight total.

Jinho Park was competing in his hometown and at his home shooting range, and he medalled three times. He came so close to gold in the R1 (men’s 10m air rifle standing SH1) but fell short, instead claiming a pair of silvers in the R1 and R7. He also secured bronze in the R3 (mixed 10m air rifle prone SH1).

Highlights and photos from all eight days of Cheongju 2018 can be found on World Shooting Para Sport’s Facebook page.