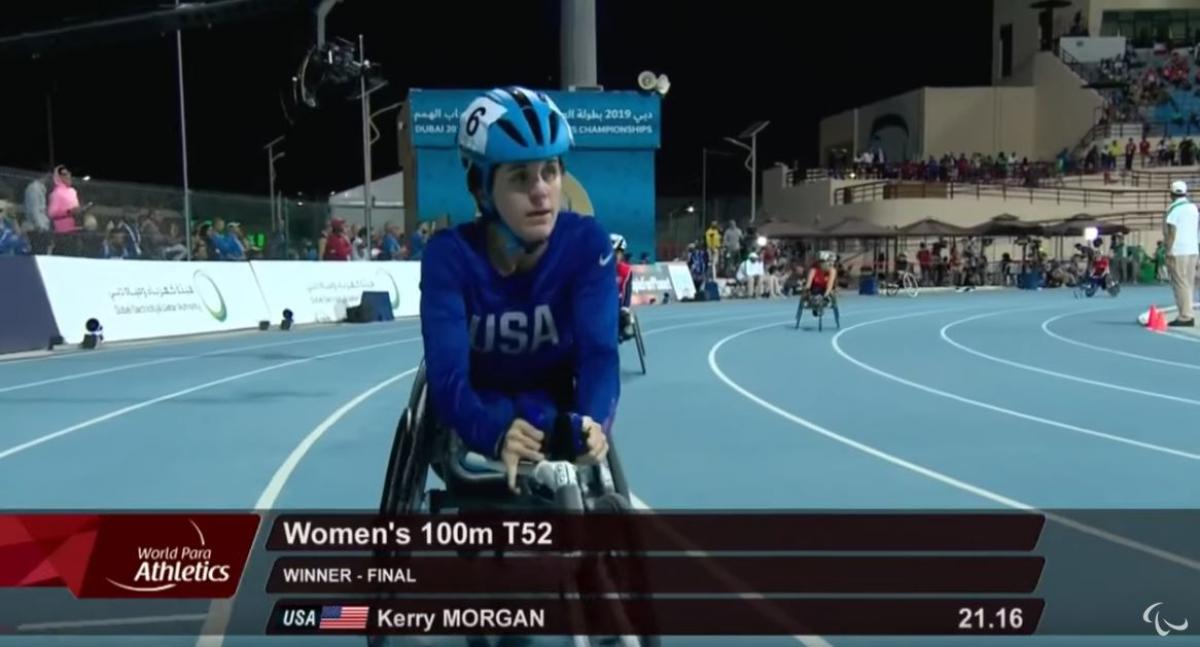 Kerry Morgan after winning the Women's 100m T52 at the World Championship in Dubai.
ⒸIPC
By IPC

IPC has already informed the Tokyo organising committee and National Paralympic Committees (NPCs) about the move after noticing that the athletic event did not meet the minimum required eligible criteria.

The NPCs were informed if the events identified above did not meet the minimum eligibility criteria by the end of the 2019 World Para Athletics Championships, they would be removed without replacement events being added to the Tokyo 2020 medal event programme.

While the men’s T64 high jump, women’s F13 javelin throw and a 4x100m medley relay event were all found to have met the criteria, lack of competitors in the women's T52 100m forced IPC to scrap the event for Tokyo.

The athlete quota allocation remains (unaffected) at 1100 (630 male and 470 female). In all the Paralympic Games will now feature a total of 539 medal events.